Economic sanctions against Russia over its invasion of Ukraine appear to have served their purpose: The country now faces rising inflation, unemployment and the worst economic recession in decades. But are these measures as efficient as they seem or claim to be? Roza Nurgozhayeva, assistant professor at Nazarbayev University in Kazakhstan, examines the true effects of the economic sanctions and their impact on Russia and beyond. 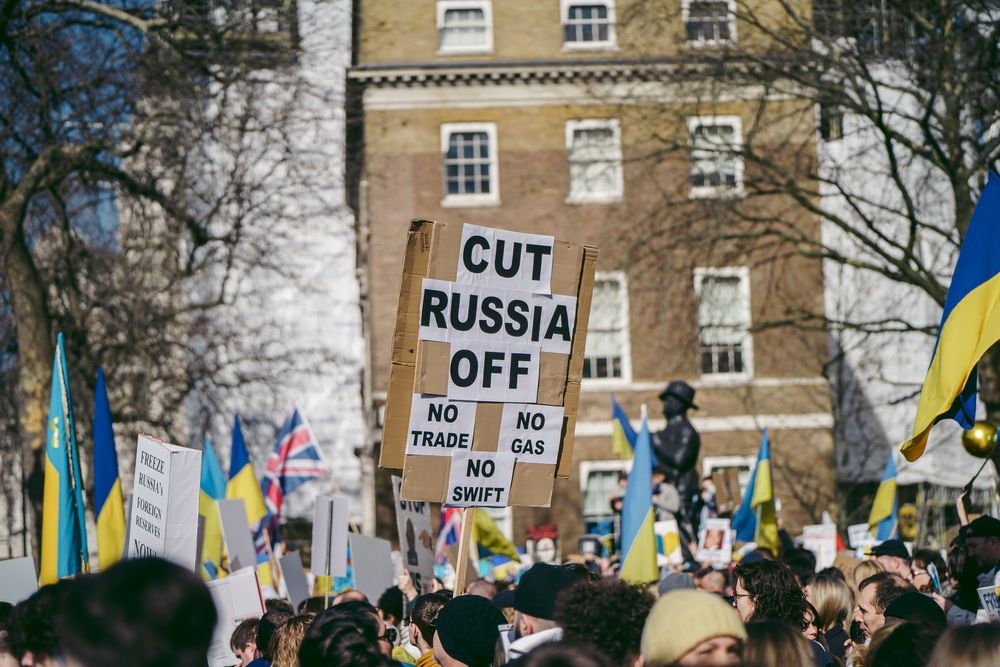 Vladimir Putin’s invasion of Ukraine has created a new economic reality for Russia and its people. As a result of “unprecedented” and “devastating” sanctions against Moscow, Russia’s economy faces rising inflation, unemployment, and the worst economic recession in decades. A wave of anti-war protests swept across the country, resulting in the detention of more than 2,000 people. Numerous international brands and companies including tech giants such as Microsoft, Intel, Oracle, Samsung and Cisco have suspended operations in Russia over the past weeks. Experts predict that the Russian economy could shrink by 8 percent this year – a record low since 1994.

It might appear that the sanctions have served their purpose – to create conditions that will eventually lead to Putin reversing course and desisting from the attack on Ukraine. But have they? Are these sanctions as efficient as they seem, or claim to be? What will be some long-term consequences of the penalties and restrictions, particularly for Asia?

All talk and no action

There are different arguments and controversies surrounding economic sanctions. One major reason why sanctions fall short is the lack of conformity among the countries that have imposed them. Significant differences in views between imposing and non-imposing states can also undermine the effectiveness of sanctions. The lack of consensus and different (often contradictory) geopolitical agendas across states is one reason why certain regimes, including Putin’s Russia, cling to power despite being subject to economic sanctions. The recent votes on Ukraine at the United Nations Security Council and the General Assembly, when Asian giants China and India abstained, illustrate the divided views on the Ukraine crisis.

The history of sanctions against Russia can be traced back to 2014, when Russia violated international law and annexed the Crimean Peninsula. Back then, the West introduced coordinated sanctions that limited access to Western financial markets and services for certain Russian state-owned enterprises and placed embargoes on exports of specific high-tech and military equipment to Russia, among other restrictions. Over the years, the list of sanctions grew with the development of the narrative that sanctions “hit the bullseye of the Putin regime" and have successfully prevented escalation in Ukraine.

Obviously, that narrative was misguided. The history of sanctions against Russia has even exposed a weak link between the punitive measures and Russia’s actual economic, political and social conditions. 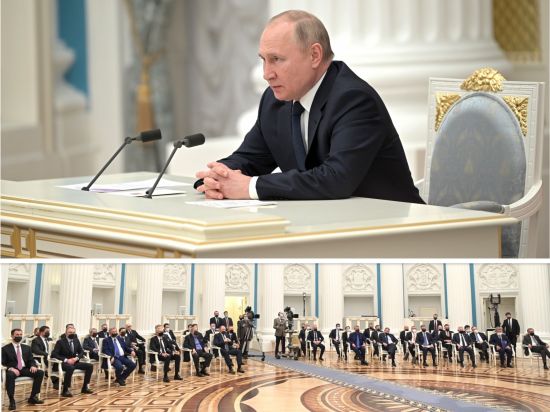 Team Putin: On the day of the invasion of Ukraine, the president told business leaders in the Kremlin that "we are prepared for sanctions" and that "Russia remains a part of the global economy" (Credit: President of Russia)

Growing economic pressure from the West had already expedited two major trends in Russia’s economy: the lack of economic growth and the state sector’s expansion. According to World Bank data, for the past decade, Russia’s GDP growth has been less than half the global average. In 2020, it shrunk to -3 percent – the lowest since the financial crisis of 2008.

At the same time, the state’s dominance in the economy became more profound. The Federal Antimonopoly Service of the Russian Federation revealed that the combined contribution of state-owned enterprises (SOEs) to Russia’s GDP reached 60 percent in 2018. The current sanctions will sustain this expansion, putting Russian SOEs in the spotlight. However, several important features of Russia’s state ownership system could weaken the effect of these sanctions.

First, SOEs in Russia are decentralized and heterogeneous. The key federal property owners are state corporations that control a broad portfolio of companies, resembling a classic holding company structure that governs subsidiaries and affiliated organizations based on direct, indirect or cross-shareholding. Their portfolio companies have a commercial focus and are very diverse in terms of industries, supply chains, markets and organizational structures.

Second, the state is a minority shareholder in half of all incorporated SOEs in Russia. Notwithstanding its minority shares, the state still utilizes several governance tools to pursue its interests, including board and audit commission nominations, cumulative and qualified majority voting, access to financial and other corporate documents, “golden shares” and legislative provisions that protect the state’s shares from dilution. These mechanisms allow the state to exercise actual control over a much larger number of companies.

Third, there is a missing correlation between management renumeration and the financial performance of companies in the management of state assets. Within many SOEs, including the largest, energy giants Gazprom and Rosneft, there is no direct link between profit and management incentives. Therefore, financial losses resulting from the sanctions would not substantially affect existing incentive structures in these SOEs.

Finally, as of December 2021, as one of Russia’s top trading partners, China was responsible for 13.2 percent of Russia’s total exports. Along with other BRIC countries and important Russian trade partners, China has been slow to adopt sanctions. In 2020, European countries aggregately accounted for almost 38 percent of Russia’s total exports in 2020. The same year, 26 percent of the EU’s oil imports and 40 percent of  gas imports were delivered by Russia. The explicit dependence on Russia’s mineral resources explains why Western countries have avoided targeting Russia’s commodity exporters directly until recently. Only after Russia’s invasion, amid public pressure, have multinational oil companies openly distanced themselves from their Russian partners. Earlier, Germany announced that it had frozen the Nord Stream 2 pipeline project, and the US declared a ban on Russian oil imports. 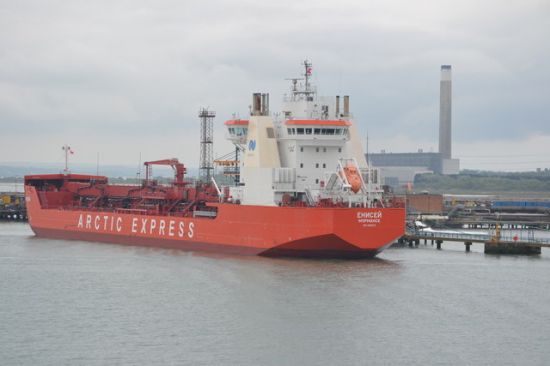 It is still unlikely that the EU would follow the US’ example by introducing an embargo on Russian oil and gas in the near future since Europe is in a much more vulnerable energy position compared to the US. However, even if the EU decides to ban Russian oil and gas, population and economic growth will inevitably boost global energy consumption, particularly in developing Asian countries. According to experts at the US Energy Information Administration (EIA), this consumption will increase by nearly 50 percent in the next 30 years, with petroleum and other liquid fuels remaining the world’s most sought-after energy sources. This means that despite the decisions by the US and even perhaps the EU, there will be a strong global demand for Russian fuel, especially in Asia.

Current sanctions against Russia have profound and severe consequences for Russia, but not Russia alone. For instance, energy prices have hit a new high, affecting markets and consumers globally. Among the many opinions and forecasts related to the economic and political outcomes of Russia’s isolation, one significant adverse effect is missing from the conversation.

Russia is the largest country in the world. It spans nine time zones, and is one of the richest countries for natural resources, including oil, gas and minerals – more than 20 percent of the world’s forests are located in Russia. Even before the current sanctions were imposed, Russia’s economy had already been suffering from low energy efficiency, the unsustainable use of resources, obsolete production processes, and as a result, deep ecological problems.

In 2018, Russia ranked first in the world in terms of the rate of loss of wild, most ecologically valuable forests. The climate warms about 2.5 times faster than the global average. Therefore, Russia’s ecological stagnation affects not only the country but also the entire continent and beyond. Making the transition to a green economy and decarbonization, which requires advanced technology and capital, is out of the question as the sanctions will accelerate Russia’s economic and technological decline.

Russia already trails behind at 42nd place among 64 countries in the World Digital Competitiveness Ranking 2020. And the Global Innovation Index 2021 has ranked Russia 45th among 132 economies, and given the country the lowest scores with respect to institutions, infrastructure and market sophistication. Further cutting Russia off from crucial technologies will have a far-reaching and detrimental impact on the global ecology and climate. The technological sanctions on Russia will deprive “Russia’s industry from the technologies desperately needed today to build a future”, as EU President Ursula von der Leyen put it. Harsh measures – but the international community should understand that it is not only the future of Russia, but that of the world, which could be at stake.

A later version of this article was published on the blog of the European Corporate Governance Institute (ECGI) on April 5, 2022.

Garred, Jason; Draca, Mirko; and Warrinnier, Nele. (March 11, 2022) “Sanctions against Russia are targeting the ‘elite’ – but did that work in Iran?”, The Conversation, London, UK.

Michaelsen, Christopher. (February 27, 2022) “What are sanctions, do they ever work – and could they stop Russia’s invasion of Ukraine?”, The Conversation, London, UK. 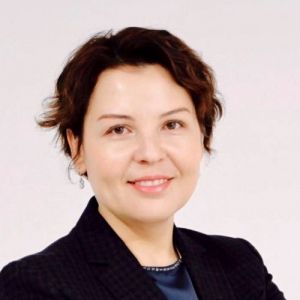 Roza Nurgozhayeva is assistant professor of law at Nazarbayev University in Kazakhstan. Previously, she served as vice-president and general counsel at the same university. Until August 2020, she held the position of post-doctoral fellow at the Center for Asian Legal Studies in the Faculty of Law of National University of Singapore (NUS). Before joining academia, she practiced law for more than seven years as in-house counsel of a commercial bank, a member of an international financial group, where she provided support for bank operations, major acquisitions, securities’ issuance and litigation. She completed bachelor’s degrees in law and economics in Kazakhstan and a master of laws at Cornell Law School. She holds a doctorate of the science of law, also from Cornell. Her research interests include comparative corporate law, corporate governance, state-owned enterprises, emerging markets, and law and development.