In a study of Hong Kong equities, Agnes KY Tai of Great Glory Investment Corp. found that investors are much less willing to pay a premium for shares of firms with low carbon risk. At the same time, they care about poor performance and therefore demand a price discount on the stocks of companies that have high carbon risk. 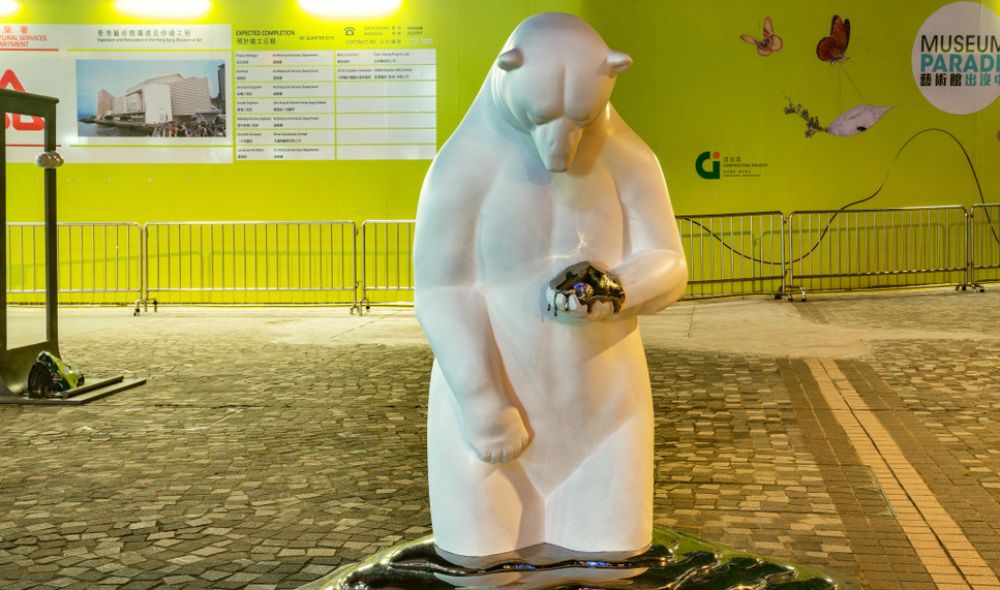 In Hong Kong, a reminder of the climate change challenge: A rise in the sea level would put a substantial part of Asia’s coastal areas under water (Credit: Locomotive74 / Shutterstock)

Horrific extreme weather events such as heatwaves, droughts, fires, thunderstorms, flash floods and hailstorms in various parts of the US, UK, Italy, Spain, France, Germany, Austria, Pakistan (the worst hit), New Zealand, India, Sudan, China and other places this summer are warning signs that the climate planetary boundary is close to reaching its tipping point.

Six of the 15 potential climate-related tipping elements that scientists of the Intergovernmental Panel on Climate Change (IPCC) of the United Nations have identified are vulnerable. A warming of 1.5 degree Celsius, just four tenths of a degree warmer than now, would trigger four of the factors and set off the self-propelling process. Climate risks are already looming over the world.

A rise in the sea level would put a substantial part of Asia’s coastal areas under water. In Hong Kong, this would cripple the Mass Transit Railway (MTR) Island line and render prime waterfront properties inaccessible. Those with electricity-generating systems in basement rooms risk having no power to operate. The value of these assets could be severely slashed. Flash floods would sweep away infrastructure, houses, and people, resulting in huge insurance claims and premiums to rise, if coverage were even available. Intense heat would make working outdoors highly risky to people’s health.

Major greenhouse gas-emitting companies face transition risks due to the implementation of a carbon tax, changed customer preferences, technological shifts, as well as legal and reputational implications. Decarbonization would be the only option to mitigate future climate risks, with non-action leading to astronomical costs both to businesses and the economy in the decades to come.

Although the Hong Kong Exchanges and Clearing, or HKEX, has raised environmental, social and governance (ESG) and climate disclosures requirements and provided online education on sustainability, listed Hong Kong companies, except for a handful of trailblazers, have moved at a snail’s pace in taking action to address climate risks. 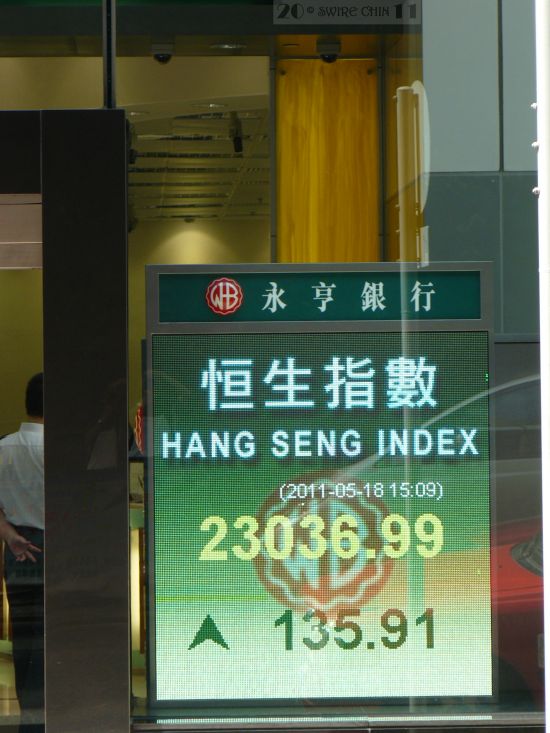 Tracking the ups and downs of Hong Kong stocks: Listed companies, except for some trailblazers, have moved at a snail’s pace to address climate risks (Credit: Can Pac Swire)

To understand whether carbon risks matter to the pricing of Hong Kong equities, I undertook research at the Hong Kong University of Science and Technology, which was completed in August 2022. In the course of my work, I reviewed hundreds of papers, focusing on 54 relevant articles that studied either the impact of environmental performance (EP) or greenhouse gas (GHG) emissions or intensity on corporate financial performance (CFP). Some CFP points include the cost of capital, Tobin’s Q or Q ratio (the market value of a company divided by its assets' replacement cost), firm valuations, and returns on assets. Nearly half of the studies reviewed were recent, published between 2020 and 2022.

Nearly 70 percent of the papers suggested that good EP has a positive effect on CFP and/or investment returns, and vice versa. Over 75 percent of the studies that showed a positive impact were studies that covered global, US, UK and European markets. Some concluded that investors had already begun to demand a price discount in these markets, as they had started to decarbonize their portfolios. A few posited that carbon risks are not properly priced into firm valuations.

Whether these assertions apply in Asia in not clear, and it is not yet evident how investors in the region are responding to carbon risks.

My study did not focus on whether investment returns are correlated with carbon risk. Instead, the aim was to examine investors’ behavior and their motivation behind their chosen price action. It investigated whether investors respond to Hong Kong listed companies’ environmental performance by paying either a price premium or a price discount for their equities due to low or high carbon risks in the firms, using regression analysis and interviews with experts.

For the regression analysis, price/sales ratio (lagged semi-annual) was the response variable, as a measure of price premium or discount. Annual GHG data from 2016 to 2019 was obtained for 518 Hong Kong listed firms. Relative GHG intensity was the proxy for carbon risk. Lagging semi-annual financial data including market capitalization, 30-days price volatility, and Bloomberg 1-year default probability from June 2017 to June 2021 were the other three predictors.

Regression results suggest that investors are much less willing to pay a premium for equities of firms with low carbon risk; yet the investors care about poor performance, and therefore demand a price discount on the stocks of companies that have high carbon risk.

Interviews of select global asset owners and managers (anonymous, voluntarily) who amassed assets under management of USD$19+ trillion were conducted via Zoom. Some have practiced ESG integration for decades while others have only recently begun their journey. The interview question set was pre-tested to ensure effectiveness.

Responses from the institutional investors suggested that the majority of them were concerned over the companies’ poor environmental performance which could damage their reputation and long-term financial prospects. Return on investments, which is considered as the institutional investors’ first and foremost fiduciary duty, almost always trumped environmental performance.

Interview results further emphasized that ESG was viewed holistically, and the E pillar was important for sectors where it was material. The interviewees also further expected environmental performance to have a significant impact on corporate financial performance in the long run, but it had little effect in the short and the medium term. They were mostly willing to engage with portfolio companies over a period of 12-36 months.

Remarkably, 88 percent of the capital represented in the interview panel showed willingness to pay a premium for good environmental performance. Over 90 percent of the represented capital would likely divest or exclude a stock if a firm’s environmental performance is persistently poor. The latter is an important insight into investors’ behavior towards carbon risk since it indicates investors’ severest action when responding to a company’s carbon risks.

Where regression and interviews results differ was that in the former, the evidence of willingness to pay a price premium on low carbon risk firms is lacking. The short-term nature of reporting investment returns could have led to such investor behavior since carbon risks were expected to impact companies in the long term. What’s more, it is apparent that carbon risks were not fully priced into equity prices in Hong Kong.

Overall, regression and interviews suggested that investors are more inclined to penalize Hong Kong listed companies that are environmental laggards, instead of rewarding less carbon intensive ones. This is a significant behavior of investors not previously known.

The findings can be useful for corporates who will be faced with more and more stringent demand for climate action and disclosures by investors and regulators. The results can be useful for better informed investors to influence their portfolio companies. The outcome can help regulators to formulate effective climate-related disclosure rules. And the study can guide service providers to devise tools more useful to making investment decisions. Academia can expand on this study as the GHG data become more available.

With this collective action, we can make progress in decarbonization to help meet Hong Kong and China’s goals of carbon neutrality in 2050 and 2060, respectively. 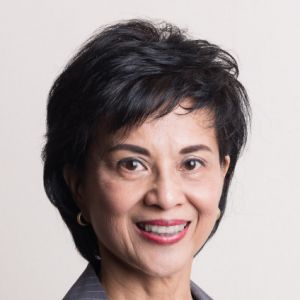 Agnes KY Tai is director of Great Glory Investment Corporation and head of sustainability investment and Advisory of Arta Asset Management Limited. She is licensed and certified in Hong Kong to assess sustainability and climate risks and manage ESG investing. In her 42 years of serving the financial community in China, Hong Kong, the US and Australia, she has established and managed asset management/investment and trust companies, consultancy practices, and new business units within major financial institutions. She has a PhD from the Hong Kong University of Science and Technology, an MBA from the University of Chicago Booth School of Business, and a BSc (Honors) from Roosevelt University in US. She is a graduate of the Stanford University Senior Executive Leadership Program and the 2011 Stanford Directors’ College. Dr Tai has authored a book on investing in H-shares, a Harvard Business School case, and a positive psychology book Tall Miracles.