DNA and the Globalization of Humanity

Two questions that have occupied the human mind since the beginning of civilization are “Who am I?” and “Where did I come from?” Today, with just a swab of saliva, millions of people worldwide have been able to take a peek into their genetic past, thanks to DNA testing. In most cases, such testing reveals a complex global and regional circulation of bloodlines. 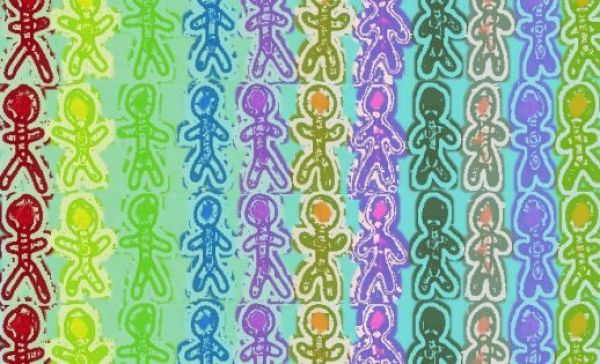 Regardless of how an individual racially or ethnically self-identifies, they will see a DNA test result showing multiple divisions in their bloodline, simplified by many testing companies into groups such as “European,” “East Asian,” “Native American,” and “African.” Other companies provide even more specific results, with “accurate” geographical locations of a subject’s various ancestors. Our lineage is fundamentally more diverse than most of us would think.

Such individual diversity has only brought us closer to each other in biological terms. This diversity started with a single origin: the Homo sapiens who walked out of Africa less than 200,000 years ago and spread out all over the world, eventually evolving into different “racial” groups. These Africans are therefore the common ancestor of all populations in the world. This argument, though, is the subject of controversy, with “out of Africa” proponents standing against “multiregional origin” advocates. The arguments have been further complicated over the past two decades with new archeological discoveries in China, where people used to believe that their “national” lineage was at least 700,000 years old and unique in human evolution, with an uninterrupted native continuation from Homo erectus to Homo sapiens.

Regardless, our ancestral diversity has helped to shorten the perceived distance between many individuals who used to differentiate each other by “ancestors.” A prominent example involves Eva Longoria, a Mexican-American actress, and Yo-Yo Ma, a Chinese-American cellist. The actress’s DNA test showed that she is 70% “European,” 27% “Asian,” and 3% “African,” and, interestingly, has a genetic link to Yo-Yo Ma, the two being very distant cousins.

Individual diversity has only brought us closer to each other.

In the U.S., DNA testing has been used to help reconstruct the county’s history. For example, those who identify as, and are identified as, African-American, whose family histories have been obscured by forced migration, enslavement, and racism, can now use genetic testing to inquire into their ancestral past. Few illustrate this better than Henry Louis Gates Jr., an African-American Harvard University professor who has hosted several renowned DNA-based genealogy documentary television series. Though he had been aware of some European ancestry in his family, he was surprised to learn via a DNA test that he is 50% “European.” Discoveries resulting from such testing have prompted reconsiderations of the concept of race.

DNA analysis sheds light elsewhere on discussions on unsettled historical issues having to do with the ideas of “sameness” and “otherness.” In China, there is a vociferous group that insists on the “purity” of Chineseness. Yet, DNA-based genetic anthropology illustrates a close tie between Mainland Chinese and population groups in Southeast Asia as well as the Pacific islands. DNA data also confirm interactions between Han and non-Han groups by delineating the migration routes of Han people and their mixing with various regional natives, especially in south and southwest China. The genetic traits of northern and northwestern nomadic peoples have also been identified in the test results of many Han Chinese. Even the purity of the bloodline of Confucius, which is held by many as the purest and the longest familial inheritance in China, cannot bear much scrutiny under DNA analysis. The belief in a “pure” Han stock has proven to be scientifically groundless.

In India, population genetics has been deployed in the debate on the origin of Indian civilization. The debate distinguishes two opposite scenarios: the “Indo-European” hypothesis and the “out of India” theory. Proponents of the former believe that migrants speaking a proto-Indo-European language moved into the sub-continent from Central Asia and Iran roughly 3000-4000 years ago, subsequently setting up civilization. Supporters of the latter, meanwhile, claim that language and civilization spread in the opposite direction. A recent genetic analysis collaboration, in which more than 90 international scientists took part, painted a more sophisticated picture of diverse participants in the creation of civilization, but confirms a strong Indo-European imprint while rejecting a native-origin theory.

The Colorful Tapestry That Is Humanity

While DNA tests have proven that a fluid, mixed, and diverse identity is the rule rather than the exception, debates and controversies rage on. In China, nationalistic paleoanthropologists are still working hard to find archeological evidence of an independent origin of the Chinese. In India, some paleoanthropologists and genetic scientists have committed to the idea of a native origin for Indian civilization.

DNA tests have proven that a fluid, mixed, and diverse identity is the rule rather than the exception.

Despite a lack of basis in scientific reality, DNA has also been invoked in service of an insular and static perception of national and group identity, thus reinforcing rather than mitigating arrogance and bigotry. People in some Western European regions once believed that their DNA made them successful businesspeople or sports stars. In Russia, nationalists believe their genetic makeup is more oriented toward Western Europe and guards against all Asian—such as Mongolian, Turkic, or native Siberian—genetic traits. Regardless of how forceful genetic science is in constructing the link between DNA and ancestry or lineage, it is merely biological and cannot replace ethnicity, culture, and nationality in determining one’s identity, both individually and collectively.

Moreover, most DNA tests have portrayed a very mixed and flowing composition of the individual and collective biological self, rather than thin and stagnant bloodlines. Testing companies, even in Japan, which is known for its relatively homogenous population, often encourage in advance their customers to accept and appreciate the heterogeneous nature of their ancestry. And most of them do, even perhaps after initial disappointment. After all, a tapestry woven with colorful threads is more beautiful than a mono-color, single-texture blanket.

Lim, Mali. 林玛利. 《我们流着不同的血液》 [We Have Different Blood—Unraveling the Myth of the Origin of Ethnic Groups in Taiwan] Taipei: Qianwei Publisher, 2010.

Yinghong Cheng, a professor of history at Delaware State University, USA, is the author of "Creating the New Man: From Enlightenment Ideals to Socialist Realities" and many research articles published in "The Journal of Asian Studies," "The China Quarterly," "Modern Asian Studies," and the "Journal of World History."