The Biden administration in the US is pushing a plurilateral digital trade agreement in the Indo-Pacific. Washington hopes such a deal would be a powerful counterweight to China’s efforts to impose its own digital standards in the region, writes Vasuki Shastry of Chatham House. 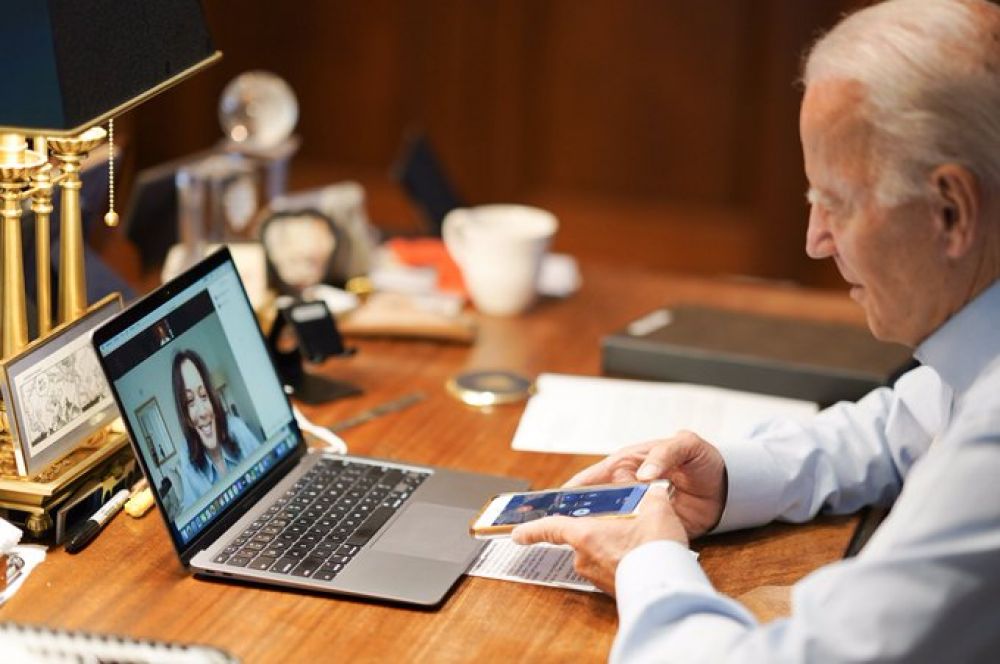 Biden online – with his vice president, Kamala Harris: The US will not join the CPTPP but sees an opportunity for a digital trade deal with some of its members (Credit: Adam Schultz/The White House)

Asia’s alphabet soup of bilateral and regional trade agreements – with CPTPP (the Comprehensive and Progressive Agreement for Trans-Pacific Partnership) and RCEP (the Regional Comprehensive Economic Partnership) being the latest – is about to be mixed and stirred into a spicier concoction of acronyms. The United States, which walked away from the CPTPP four years ago, is actively talking about a plurilateral digital trade agreement (DTA) in the Indo-Pacific. The administration of President Joe Biden regards the DTA as a powerful counterweight to China’s efforts to impose its own digital standards via the RCEP.

This is a battle for the future which both sides cannot afford to lose.

On the face of it, there is a strong, compelling case for an Asia-specific regional trade agreement on digital services. Although Internet and smart-phone usage has exploded across the region, the Asian Development Bank (ADB) estimated in 2020 that close to 2 billion people still do not have access to the Internet “either because they live in areas not connected at all or it is too expensive”. For well-connected parts of Asia, particularly urban areas, digitalization is driving economic growth and opportunity. This is manifested by the rise of the Asian unicorn – hundreds of startups in the mobility, e-commerce, and fintech space which are valued at over US$1 billion.

The US and China, which are at each other’s crosshairs for geopolitical supremacy, recognize that they must win the digital trade battle in Asia for two reasons:

First, conventional free trade agreements focused on goods are passé. Although the World Trade Organization (WTO) appears moribund despite recent efforts to revive it, there are norms and well-established rules of the road for trade in goods. RCEP, a conventional free-trade agreement (FTA) involving China, South Korea, Japan, Australia and New Zealand with the 10 ASEAN countries, was criticized because much of the goods trade among nations in the grouping was already covered under existing bilateral FTAs with China. To be sure, there are digital trade clauses in the RCEP agreement, but they provide specific exclusions on the grounds of national security and public safety.

Second, global rules governing trade in services has been mired in disputes and disagreements. There have been nascent efforts, in the WTO, the Organisation for Economic Co-operation and Development (OECD), and elsewhere to draft a global compact governing digital trade but there are sharply differing perspectives from the three main parties essential to reach such an agreement – the US, Europe and China. After a prolonged stand-off, European nations such as France and UK recently backed away from imposing a digital tax on American tech majors after agreeing to go along with the global minimum corporate tax spearheaded by Washington. Any initiative to craft a grand multilateral digital trade deal is bound to end in failure and frustration.

This is why the Biden administration’s push for an Indo-Pacific digital trade agreement begins to make strategic sense. The US has no plans to rejoin the CPTPP, the idea for which originated in the previous George W Bush and Barack Obama administrations. Biden’s predecessor, Donald Trump, pulled the US out of the deal, then known as the TPP. Being outside the CPTPP ambit would allow the US to cobble together a narrower agreement on digital issues with its allies and partners in the Asia Pacific. 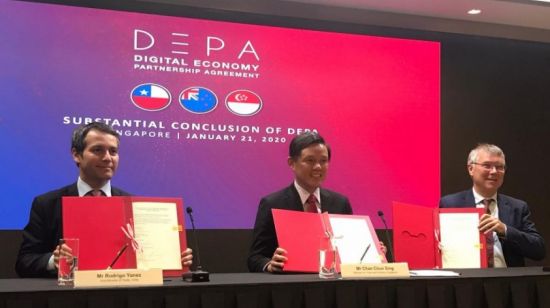 The unspoken yet blatantly obvious American imperative is to build a coalition of support across the region, bringing together Japan, Korea, Australia, New Zealand, Singapore, Vietnam and a few other ASEAN members, to set out digital rules of the road which would exclude China. The reaction from Beijing has been swift. “Nations should work for a digital business environment that is open, fair and non-discriminatory,” Chinese leader Xi Jinping declared in a speech at the Asia-Pacific Economic Cooperation (APEC) Informal Economic Leaders’ Retreat, held virtually in July 2021. “Exclusion, confrontation and division could only lead to a dead end.”

The good news for America is that there are existing digital trade arrangements, involving allies which it can use as a model for the proposed Indo-Pacific agreement. This includes the digital trade chapter of the US-Mexico-Canada Agreement (USMCA), the US-Japan digital trade agreement, the e-commerce chapter of the CPTPP, and agreements signed by Singapore with Australia and separately with Chile and New Zealand (the Digital Economy Partnership Agreement, or DEPA).

The US imprint on all these agreements are visible because they are built on the proposition that digital trade should be free of tariffs, non-discrimination based on country of origin, high national standards for customer data protection and privacy, protections for intellectual property, and the need to discourage the pervasive practice across the region requiring companies to house national customer data onshore rather than offshore. In effect, the proposed digital trade pact encompasses Washington’s broader vision for a “free and open Indo-Pacific”, which has become a code phrase for countering China’s regional ambitions.

For Asian nations sitting on the fence, undecided on whether openly to take sides in the evolving US-China battle for supremacy, a digital trade agreement is a difficult choice. Just like United States, China has embedded itself in the region’s trade and investment architecture by forging FTAs such as RCEP and by pledging to invest billions in infrastructure via its Belt Road Initiative (BRI). For its part, Beijing can reasonably assert that it too has taken steps at home to strengthen customer data and privacy and by constraining the growing influence of national tech champions such as Alibaba, Tencent, ByteDance and others.

Indeed, China’s heavy-handed actions against its big tech companies has many antitrust advocates in Washington watching this process with envy since US’s own efforts at home have stumbled. Beijing’s increasing enthusiasm to join the CPTPP, for which it has made a formal application, should be regarded as an attempt to score points, and build its case with undecided Asian nations. In a surprise move, China recently applied to join the DEPA.

Geopolitics aside, there is a business case for Asian nations to consider framing sensible national and cross-border rules governing digital trade. The nascent efforts by Japan, Australia and Singapore could be building blocks for a more substantive regional digital trade agreement. The US has an alternative which it is refusing to pursue – rejoin the CPTPP and strengthen the digital trade chapters in that agreement. For Biden, that option would be politically toxic at home. Forging a separate, exclusive DTA that includes a smaller group of nations would exacerbate ongoing tensions with China – and that would play well domestically.

Li, Xirui. (October 7, 2021) “Can the US and EU Cooperate to Set International Standards for Emerging Technologies?”, AsiaGlobal Online, Asia Global Institute, The University of Hong Kong.