The Digital Revolution in Healthcare

The application of artificial intelligence to health data is changing the healthcare sector, writes Husein Reka, 2019 AsiaGlobal Fellow at the Asia Global Institute of The University of Hong Kong. He argues that digitalization will disrupt all aspects of health services provision from diagnosis to treatment, from prevention to payments. But the big obstacle to full diffusion of technology in health is that best practices and acceptable rules of engagement, ethics and liability have yet to be determined. 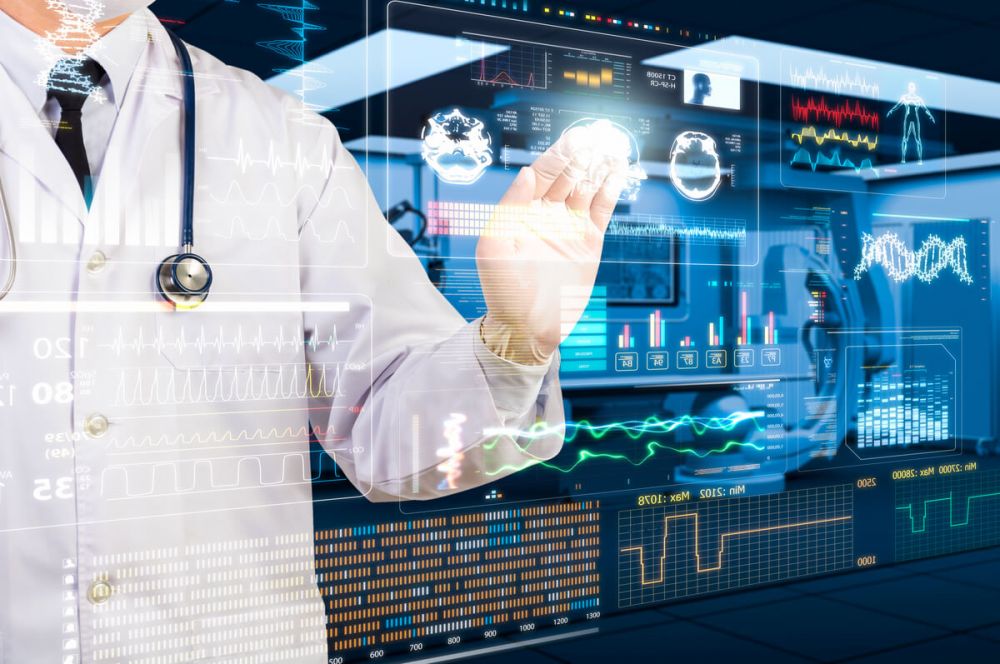 The 2019 Novel Coronavirus (2019-nCov) outbreak has been a sharp reminder of how unpredictable such threats to health and life can be. In the midst of the most important Chinese festival, entire cities and millions of people were locked down, production halted, and supply chains disrupted in the most affected areas. And tragically, many lives have been lost and many more could be lost if the disease is not contained, an effective treatment worked out, and a vaccine developed in time.

We are in the midst of a global race as researchers rush to develop a vaccine that could stop the fast-spreading virus. But thanks to technology, what used to take years may now require only a couple of months. Indeed, in just a matter of weeks since the first cases were reported, Chinese scientists had already published the 2019-nCov genetic sequence. Now, artificial intelligence (AI) is helping to reduce the time needed to identify the most promising molecules that could be used to counter the flu.

Similar progress is being made on the surveillance front where AI tools that process billions of pieces of data raised the first coronavirus alert a week ahead of US Centers for Disease Control and Prevention and other national disease control authorities. These tools, however, are only as good as the data and methodologies are accurate and as such could make unrealistic projections of billions infected and millions of casualties within short period of time.

This begs the question: What is the real value of digital technology in such an unpredictable sector as healthcare? How is digitalization making a difference?

Scientific and medical advances – such as in the fight against the coronavirus – are arguably the most obvious benefits that technology brings to healthcare. But the sector is about more than just detecting disease and developing treatments for it. Healthcare is first and foremost about humans and their wellbeing. And digitalization could be the key to providing adequate healthcare to everyone at a reasonable cost.

In November last year, I participated in a panel discussion on the “Revolution in Healthcare through Digitalization” at the Asia Global Institute’s AsiaGlobal Dialogue 2019. The timing of that session could not have been better. That same week, Google had made two major announcements. The first was its acquisition for US$2.1 billion of Fitbit, the wearable technology company. The second was the signing of a healthcare data and computing deal with Ascension, another large healthcare company.

While these deals did not come as a surprise to most of us in the health sector, given that big technology companies have been vying to gain access to medical data, they raised some concerns not just among end users but also among policymakers and regulators, notably in the US, regarding how health data may be used.

Google is just one example of major technology companies that is moving beyond its core business and focusing on healthcare. Apple and Amazon are also getting into this potentially lucrative game. A global health expenditure study reported that spending on healthcare worldwide reached US$8 trillion in 2016, of which 41.7 percent was in United States alone.

By 2050, projections show that this figure will almost double. While healthcare costs are escalating and health has become a major political issue, if not the topmost concern of voters, companies are recognizing the huge opportunities that they could exploit by disrupting the sector through digitalization, bringing down costs and potentially improving value for money.

These major technology platforms, however, have two problems when it comes to healthcare: data acquisition and the very nature of the healthcare sector itself.

These technology platforms all have high fixed and development costs but low variable cost in their operations. They are dependent on data. As such, they resemble pipelines but with data – what is often called “the new oil” – flowing through. This puts governments and other custodians of medical data in a difficult position as to how best to use this information to drive costs down but at the same time preserve privacy and confidentiality.

Health data is becoming more attractive not only to big tech companies but also to cyber attackers. The health sector now has the second highest number of breaches compared to other sectors, higher even than banking and government. This should not come as a surprise, considering how comprehensive medical records are – from demographics and financial data to the most sensitive clinical information.

The second challenge for digitalization of healthcare is the sector’s uniqueness. Working in it requires a great deal of sensitivity and empathy. While an AI algorithm may diagnose cancer in the patient, a human is required to comfort and assure the patient and to deliver the prognosis and treatment of choice. A host of issues may be involved including the question of liability if something goes wrong – is it the responsibility of the practicing clinician, the service providers, the centers for disease control, or the company that developed the diagnostic algorithm?

What the best practices are is not clear. Health ethicists and regulators could provide ground rules. But digitalization may well open unanticipated cans of worms. Moreover, health care systems are complex, with many non-aligned elements along a large value chain, often lacking standardization and set processes. In an environment where there is more tacit than explicit knowledge and significant variation in practice and outcomes, it is difficult to apply specified processes and algorithms as intelligently they could be. In other words, merely importing and applying ready-made tools in healthcare is not possible. As healthcare analysts Carl Macrae and Kevin Stewart put it, ”patients are not aeroplanes, and hospitals are not production lines”.

There is a plethora of other issues that need to be overcome such as data privacy, legal principles, royalties and other payments before there can be a full-scale diffusion of digitalization. The potential is there – and it is huge. But the disruptions are across the board and the many players involved are not yet ready for them.

Some years ago, I discussed these challenges with Aetna’s chairman and CEO at that time, Mark Bertolini. He was getting his company ready for the dramatic changes – the disruptive innovations – that are now happening, ushering this new age for payers (a health maintenance organization, insurance firm, management services provideer, or any other entity that pays for or arranges for the payment of any health or medical care service, procedure or product). The mantra of the day: “We need to creatively destroy our business to improve health”. Aetna, an insurance company, sought to evolve into a healthcare enterprise by managing health rather than risk and by activating end users into individuals with personalized data and personal care needs. While all this made perfect sense, the biggest challenge was how to achieve this transformation in practice.

Several years later, after the US Department of Justice blocked its merger with health insurance giant Humana, Aetna was acquired by the retail and healthcare company CVS. In his book Mission-Driven Leadership: My Journey as a Radical Capitalist, which was published last year, Bertolini explained the rationale behind this surprising move.

Among the many reasons he cited, one of the main drivers was that, in the age of data-driven healthcare where individuals will be empowered by their personal data and demand more personalized care, payers would need a more consumer-oriented approach and broader reach to consumers than they currently have.

CVS, known widely in the US for its chain of pharmacies and stores, seemed a logical go-to partner to achieve this deeper penetration into communities and to enable this new model of business. They would do so by translating the knowledge from data into more personalized care for customers.

Digital technology disruption fueled by health data is not just happening in the US. In China, Ant Financial, the parent company of Alipay and the highest-valued financial technology, or fintech, company in the world, is making a big push into healthcare. These days not only that you can use Alipay to schedule a hospital appointment, but millions of health insurance contracts are now digitalized through blockchain technology.

These transformations not only reduce the cost of transactions in the health sector by significantly reducing the tedious and lengthy cycle of claims management and reimbursement, but they also minimize potential fraud and abuse. They improve patient experience through more efficient use of their data.

Another example is China’s Ping An group, the biggest insurer in the world with 393 million claims a day – 140 billion claims a year involving 196 million customers. They integrate all of this data into several ecosystems with 575 million users. AI-driven data analysis can improve disease screening and diagnosis, as well as disease incidence prediction, leading to better outcomes and lower cost per member. The ability of Ping An to apply AI tools to the vast amounts of data it accumulates gives the company a significant competitive advantage.

What these examples demonstrate is that health data and digital technology will be major transformation forces in healthcare in the next decade. It is not yet clear which areas of the value chain will be mostly affected. While digitalization is certainly not a panacea for healthcare, initial indications are that the expected and unexpected disruptions are likely to result tremendous benefits for patients and customers. 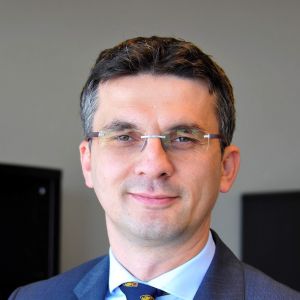 Husein Reka is a 2019 AsiaGlobal Fellow at the Asia Global Institute in The University of Hong Kong. Over the past 12 years, he has been involved in several healthcare reform initiatives in the Gulf region as part of national vision programs and strategies, advising governments on an array of health transformation issues. He has also served as a senior advisor to minister of health of Kosovo, director for international health cooperation at the Health Insurance Fund of Macedonia, and a consultant focusing on health economics at a specialist consultancy in the UK.