Japan’s interwar period between 1925 and 1937 was marked by a gradual backsliding in the liberal democratic political system that had developed since the Meiji Constitution was adopted in 1889. Hiroyuki Yamamoto of Tokyo International University draws parallels between the heightened partisan politics of that time that gave way to anti-democratic forces and the unchecked party competition today in many countries including the US. 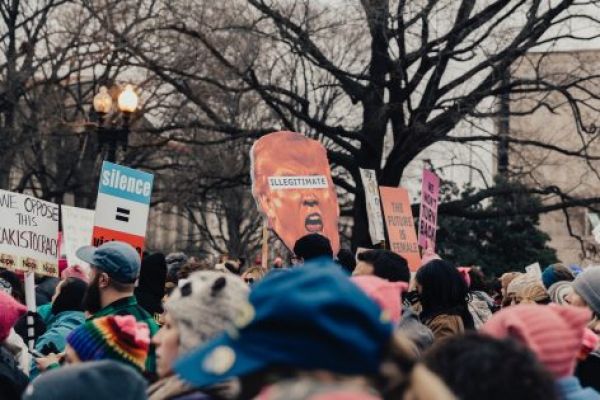 In the summer of 1989, when Francis Fukuyama published his article “The End of History?” in The National Interest and suggested that the battle of big ideologies was over, it sounded like a plausible argument. In his view, after century-long trials and tribulations, liberal democracy had emerged as the only viable option, eliminating the need to search for other regime types. If Fukuyama’s thesis had been correct, the only major regime change we would witness would have been the gradual and irreversible spread of liberal democracy around the globe.

Long before 1989, there were already signs that this could turn out to be true. The trend began in 1974 in Portugal, soon followed by Greece and Spain, where right-wing dictatorships were replaced with liberal regimes. Following these developments in Southern Europe, slow but gradual democratization began to take shape in Latin American countries in the 1980s. In Asia, the Philippines, Taiwan and South Korea joined the democratic bandwagon. The end of the Cold War released the Soviet Union’s satellite states from the communist bloc. This marked the last phase of what political scientist Samuel Huntington called “the third wave of democratization.”

Yet even after this wave had passed, the trend of political liberalization continued. Between 1989 and 2017, the number of liberal regimes increased from 60 to 88, whereas that of partially free countries jumped from 39 to 58. Taken together, the percentage of free and partially free countries rose from 59 percent to 75 percent. This global trend seemed to confirm the idea that the world was irreversibly moving in one direction, that Fukuyama’s thesis was not too far from the truth.

But 30 years since the essay’s publication, the end of history is nowhere in sight. Over the past 13 years, about two-thirds of the countries that went through the initial phase of liberalization since 1988 suffered setbacks and experienced democratic backsliding. This occurs when a country loses some of the democratic qualities of its political system. Because any regime possesses some qualities of democratic governance, backsliding can happen in liberal, partially liberal or even illiberal regimes. Recent examples of democratic backsliding in transitional regimes include Hungary, Poland, the Czech Republic, Slovakia, Uganda, Brazil, Nicaragua, Venezuela and Egypt, as well as some of the Balkan states.

Consolidated liberal institutions, on the other hand, are rather resistant to backsliding. But since 2001, the United States, a consolidated democracy, has suffered gradual, but steady, democratic backsliding. Surveillance programs under the George W. Bush administration certainly contributed to this, but one of the underlying causes is the widening economic inequality in the US combined with the failures of Republicans and Democrats to address the problem adequately. With partisan media outlets stoking public fears, the issue of inequality fueled anxiety among the American working class, stirring up their anger at immigrants and asylum seekers. This made it politically tenable for President Donald Trump to demonize them and introduce harsh policies directly counter to the core values of American democracy such as due process and equal protection.

The backsliding in the US so far oddly resembles what happened in Japan between 1925 and 1937. In 1889, the revolutionary elites in Japan promulgated the Meiji Constitution to replace the feudal shogunate that ruled for centuries. Under this limited participatory system, the process of democratization gradually continued and accelerated in the 1920s. By 1925, Japan was on its way toward becoming a modern democracy as universal male suffrage had just been approved. But Japan’s democratic experiment abruptly came to an end in 1937, when the Imperial Japanese Army exploited the populist resentment toward growing economic inequality, dismantled the political parties, and dragged the country into the Second Sino-Japanese War.

Types of democratic backsliding vary across countries, but it usually involves the suppression of free media, social movements, judicial independence, political accountability, and academic freedoms, all of which directly undermine the foundations of liberal institutions. For example, in 2018, Brazil’s right-wing presidential candidate Jair Bolsonaro built his electoral campaign around disinformation and political violence. After being elected, Bolsonaro continued to praise Brazil’s past military dictatorship, show disrespect for gender equality, and force the assimilation of indigenous minorities into Brazilian society. Hungarian Prime Minister Viktor Orbán’s media law of 2011 systematically suppressed free media and his recent effort to protect a giant pro-government media group from regulatory scrutiny met with Europe-wide pressure to amend the legislation.

Human rights abuses are often perpetrated by anti-liberal forces and right-wing populist leaders in transitional regimes. In recent years in Asia, examples range from Philippine President Rodrigo Duterte’s extra-legal measures against, and unlawful killings of, drug users and traffickers, to the Myanmar government’s genocide against the Rohingya people, forcing them to flee to Bangladesh. The Burmese Nobel Peace Prize Laureate Aung San Suu Kyi’s silence about the ethnic cleansing and the international refugee crisis have disappointed her longtime supporters around the world and cast a shadow over Myanmar’s path to becoming a stable democracy.

Democratic backsliding often deters healthy political competition, reintroduces one-party rule, and facilitates authoritarian reversal. Last fall, in his effort to stay in office, Sri Lanka’s President Maithripala Sirisena ignored an electoral mandate and dismissed the prime minister, which led to a constitutional crisis. During the 2018 general election in Cambodia, Prime Minister Hun Sen used the police and the military to intimidate citizens to vote for his Cambodian People’s Party, dissolved the main opposition Cambodia National Rescue Party, and arrested its leaders, making the whole electoral process irrelevant. It is not uncommon for transitional democracies to experience these types of backsliding.

In Japan, after the First World War, the authoritarian cabinet of Keigo Kiyoura opposed the introduction of universal male suffrage, and this sparked a nationwide movement for electoral reform. This development decimated the power of oligarchic elites and created an opportunity for the previously disenfranchised middle and working classes to enter into party politics. The establishment of universal male suffrage in May 1925 was the culmination of this trend. As a result, a democratic system that resembled early 20th-century British liberalism emerged in the mid-1920s. The two major political groups, the conservatives (Seiyukai) and the progressives (Minseito), engaged in contested and reasonably fair elections and alternated turns holding the premiership.

While political competition between political parties is generally a sign of a healthy liberal regime, when they engage in prolonged intense partisan battles, a society is polarized. In the years leading up to military control of the government, political parties were unable to act together and preserve the new democratic institutions, due to their partisan divide.

One of the biggest challenges was the May 15 Incident. On that date in 1932, in the midst of a recession, 11 hardline naval officers assassinated the Seiyukai prime minister Tsuyoshi Inukai in protest against the London Naval Treaty, which limited the size of Japan’s fleet. Seeing the officers' resentment was rooted in their frustration over growing poverty and economic inequality in the countryside, more than 1 million citizens who were sympathetic to them successfully petitioned the court to reduce their sentences. That public resentment toward economic inequality translated into tacit approval of violent acts is no different from how some of the right-wing populist leaders and their supporters condone political violence today.

Between 1931 and 1937, fearing that the military radicals would imperil the institutional foundations of democracy, the progressive faction and some members of the conservative faction attempted to form a grand coalition to counteract militarism, but their efforts were piecemeal and insufficiently coordinated. The conservative party was particularly unwilling to form a unified front because they exploited the public’s frustration over economic inequality and sided with illiberal populists as a political strategy to defeat progressive candidates in elections. This party-over-country approach to a politico-economic crisis is still very much practiced by political parties today.

When the Second Sino-Japanese War started in 1937, the conservative and progressive factions surrendered to anti-democratic forces. The historical parallels by no means imply that today military coups or dictatorship are likely to occur in liberal regimes in advanced economies. But when polarization sets in because of raucous party politics, that is when backsliding can begin.

The lesson that history teaches is that it is detrimental for the health of liberal democracy to keep partisan competition between political parties unchecked. With the spread of bellicose partisan media and social media, it is easy to lose a broader perspective and to demonize opposing political groups. At the same time, the only way to preserve liberalism is to fight against anti-liberal forces by using peaceful dialogue, mutual understanding and conciliation rather than hatred, violence and coercion. This strengthens and helps preserve core democratic principles in the face of countervailing radical rightist movements.

Hiroyuki Yamamoto is assistant professor in Political Science at Tokyo International University. Dr Yamamoto taught at various academic institutions including the University of California, Los Angeles and the University of Washington. He received his PhD in Government from the University of Virginia in 2009. His primary research interest is the historical origins of democratic breakdown in interwar economies.