Democracy in Southeast Asia: Elites are an Obstacle

The recent change in government in Malaysia has highlighted the fragile nature of democracy in Southeast Asian countries and the enduring power and influence of entrenched elites, including the military. Robin Ramcharan of the Asia Centre in Bangkok offers an approach for strengthening democratization in the region. 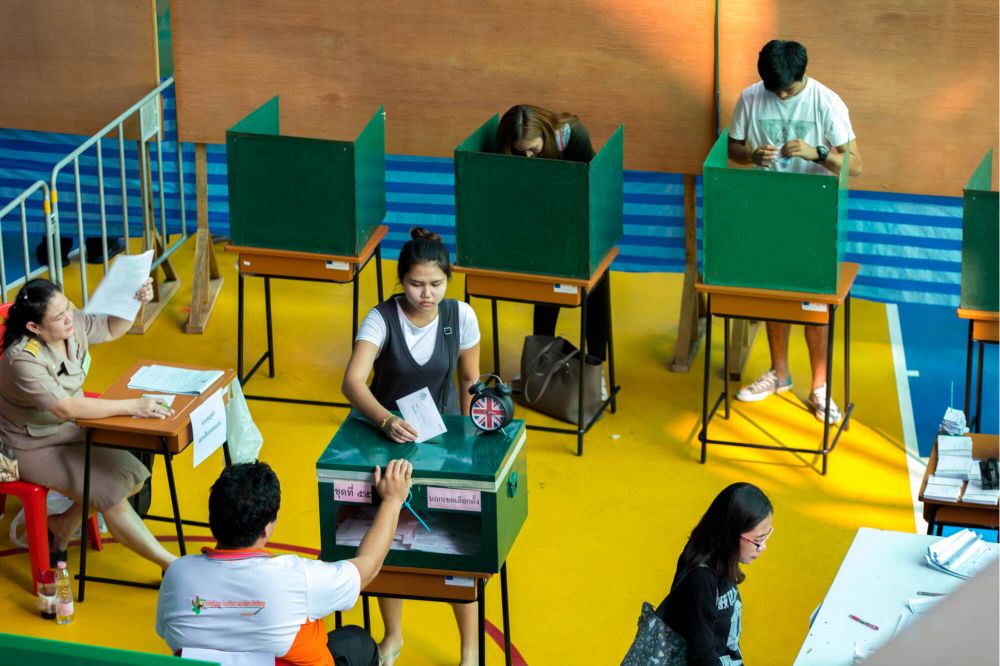 Thais went to the polls in March 2019 in the first general election since the military coup five years earlier: Grassroots movements should advocate democratic control of the armed forces (Credit: 2p2play / Shutterstock.com)

The groundbreaking May 9, 2018, general election in Malaysia resulted in the end of a 61-year-old ruling coalition. The recent change of government in Putrajaya, however, was brought about not by the popular will of the people but by elites among the former government jostling for a return of the perquisites of power. This drama is a useful lesson that democracy in Southeast Asia remains an elusive commodity. The roars for political reform in Thailand, which is still essentially led by the same military junta that mounted a coup in 2014, are evidence that democracy is not alien to the region. But the obstacles impeding advancement of democracy include the entrenchment of elites in political life, the nefarious role of military establishments, and identity politics.

That democratic governance is part of Asian values is manifested in the struggles for democracy in not only Malaysia and Thailand but also in Hong Kong, India, Indonesia, Japan, Myanmar, Pakistan, the Philippines, South Korea, Sri Lanka, Taiwan and Timor Leste. Ho Chi Minh, upon declaring independence in Vietnam, hailed the “undeniable truths,” expressed in revolutionary France’s Declaration of the Rights of Man and Citizen that “all men are born free and with equal rights”.  Indeed, Asians were instrumental in drafting and adopting the Universal Declaration of Human Rights in 1948. In the “age of rights”, liberal democracy has expanded in many parts of Asia, though its future progress rests on overcoming fundamental problems.

Elites have grown solid roots in the economic and political life of most countries in Asia. The historian Harry Benda noted in 1965 the rise of “national” and “modernizing traditional elites”, both of whom displayed oligarchic practices and the use of public office for private purposes. Political elites want to stay in power and use the state for those ends.

University of Southern California (USC) political scientist David Kang has shown that, in South Korea, state interventions in the economy reflected the interests of a small group of business and political elites. The production of public goods was often a fortunate by-product of actors competing to gain the private benefits of state resources. The ruling elite used funds acquired through bribery to buy political support as well as to enrich themselves.

A similar pattern is evident across Southeast Asia. In Indonesia, political historian Andreas Harsono points to a Java-centric nationalism that works to the detriment of minority communities. Elites from the Suharto era and other influential figures including Megawati Sukarnoputri, the daughter of Sukarno, Indonesia’s first president, are reported to be working to limit the power of elected President Joko Widodo, who is a relative outsider in Indonesia’s traditional establishment.

Yuriko Koike, a former journalist who is now governor of Tokyo, has criticized the established entrenched elites of Malaysia, Myanmar and Thailand and their “stubborn refusal” to move toward a more democratic system. Whereas Myanmar’s military has recognized the need for change, Malay and Thai elites seem to be doubling down on political exclusion. The elite in the Philippines, notes academic Walden Bello, has endorsed the “fascist” politics of Rodrigo Duterte, who handily won the presidency in June 2016.

Thailand’s conservative royalist elite have vehemently and violently resisted challenges to their privileged status from former prime minister Thaksin Shinawatra and now from the emerging Future Forward Party. Northern Illinois University researcher T F Rhoden has analyzed the “modern oligarchy” in Thailand that is aligned with the state and focused on accumulating material wealth. Indeed, powerful business interests including the “six-pack” of super-rich families support the Thai political system.

The force of the military

Transformative change of such entrenched systems may emerge through elites who manage to appeal to the wider population. In 2016, Kasit Piromya, a former foreign minister of Thailand, put forward the idea of elite groups pursuing a progressive agenda. Transformative change is not likely to come under military regimes. Political scientist Sorpong Peou has noted the vulnerability of democratic transitions to military establishments. Indonesia, Myanmar and Thailand are prime examples of the military’s role in impeding democratic progress.

While Indonesia has strengthened its democracy since the fall of Suharto in 1998, pro-military forces remain strong as personified by Prabowo Subianto, a former general and now defense minister. In Myanmar, despite elections in 2016, firm military control has enabled the ethnic cleansing of the Rohingya community. That military leaders remained firmly in control despite the election of Aung San Suu Kyi in 2016 is evident in her defense of the regime against charges of genocide against the Rohingya community at the International Court of Justice (ICJ) in December 2019. In February 2020, the President of Myanmar, U Win Myint, an ally of Suu Kyi, called on the military not to meddle in politics.

The problem of military interference was epitomized in the May 2014 coup d’état by the army in Thailand. All political activity was banned, and intellectuals and activists were brought in for “attitude adjustment”. The junta drafted an interim constitution which included an article that allowed rule by decree. Several delays to elections gave time for junta leaders to set up their own parties and claim popular support. After voting in March 2019, the authorities ensured that the results favored parties supporting the ruling regime and sought to diminish the appeal of the new Future Forward Party, whose agenda calls for greater civilian control of the army.

In a public statement in 2018, Thai army chief, Apirat Kongsompong, would not rule out another coup. The elections, therefore, were held merely to enable the perpetuation of the former junta’s leadership with a razor-thin veneer of legitimacy. Following a February 2020 mass shooting by a Thai soldier, serious criticism of the military has surfaced. “The Thai army is a closed system governed by feudal authoritarianism which breeds corruption and abuse of power,” journalist Sanitsuda Ekachai wrote in the Bangkok Post.

The final obstacle to democratic transition in Southeast Asia is the rise of identity politics, including religious fundamentalism, which tends to breed intolerance for democratic discourse and practice. Indonesia is a case in point, as Islamic fundamentalism surges. The imprisonment of Jakarta governor Basuki Tjahaja Purnama, an ethnic Chinese Christian widely known as Ahok, on a charge of blasphemy is symptomatic. He was convicted for quoting from the Holy Quran.

In both Indonesia and Malaysia, critics have noted state preference for dominant religions at the expense of minority communities. Ethnic tensions between Chinese and Indian communities and the Malay majority have been a constant feature of Malaysian society. Myanmar’s official histories and demonization of the Rohingya Muslim minority, derided as “Bangladeshis”, have been used to buttress the political clout of the powerful military in the Buddhist-majority country.

In a recent book, Thai historian Wasana Wongsurawat has traced the close alliance between Thai-Chinese businessmen and the state since the mid-19th century to maintain their elite status. Identity politics have figured in Singapore, where ethnic Chinese account for three quarters of the population. To be sure, members of Singapore’s minority communities are visible and active in society, the economy and politics. But attempts by the ruling party to forge a national identity have created a political structure that virtually guarantees the dominance of the majority. Singaporean academic Cherian George has called for a more inclusive and bottom-up crafting of national identity in which diversity is cherished and not regarded as a weakness or vulnerability.

How to bolster democracy

While the challenge of strengthening democracy in the face of entrenched elites is daunting, it is important to remember that consolidating democracies in Western countries required overcoming deeply rooted problems and authoritarian tendencies. Indeed, one might argue that some countries in the West, notably the United States, are in the midst of defending their democratic systems from populist figures with strongman tendencies.

Fortunately for Southeast Asia, as political scientist Deasy Simandjuntak has noted, elections are still seen as an important marker of legitimacy. To consolidate democracy in the region further, especially in the context of the rise in power and influence of illiberal China, a number of practical, incremental steps may be taken.

First, the business elites should more closely align themselves with the stakeholder approach, which posits that a company has a responsibility to the wider community and not only to shareholders. Consumers are increasingly paying attention to whether corporations accept this view. Civil society should exert pressure on businesses to adopt the United Nations Guidelines on Business and Human Rights (BHR), which outlines principles for adhering to international human rights standards, including the right of communities to participate in the political and economic life of a country. The development of national action plans (NAPs) on BHR, notably by Thailand, is a positive sign in this direction.

Second, grassroots movements must emerge advocating for national dialogues on security-sector reform that aims to bolster democratic control of the armed forces. The youth have an important role to play here.

Third, political parties, often dominated by elites, must become more inclusive and champion policies that appeal to wider segments of the population in line with Kasit’s advice.

Fourth, national education systems must nurture talent from all walks of life. Academia must step up their championing of open, transparent and good governance and deepen the penetration of human-rights education across the region.

Finally, international and regional organizations and civil society must monitor and push states to honor their commitments under the Sustainable Development Goals (SDGs). Goal 16, which calls for inclusive societies, is paramount here. In this effort to advance basic civil liberties, national human rights Institutions in the region have an important role to play. 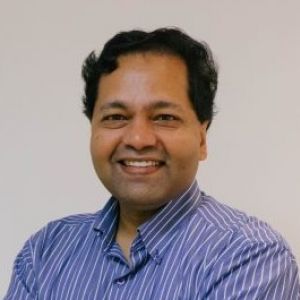 Robin Ramcharan is the executive director of Asia Centre, an independent think tank in Bangkok, and professor of international relations at Webster University Thailand. He is co-editor of National Human Rights Institutions in Southeast Asia: Selected Case Studies (Palgrave Macmillan, 2020) and The Universal Periodic Review of Southeast Asia: Civil Society Perspectives (Palgrave Macmillan, 2017). He holds a PhD in international relations from the Graduate Institute of International and Development Studies in Geneva, Switzerland.