With the Crisis in the Taiwan Strait, Globalization Takes Another Hit

A prolonged and expanded crisis in the Taiwan Strait could propel ongoing forces pushing the decoupling of the US and Chinese economies as well as the trend towards deglobalization, while harming vital supply chains around semiconductors. Such a scenario, writes economist Alicia García-Herrero of Natixis Corporate and Investment Banking and the European think tank Bruegel, would generate a massive global economic shock as well as renewed inflationary pressures. 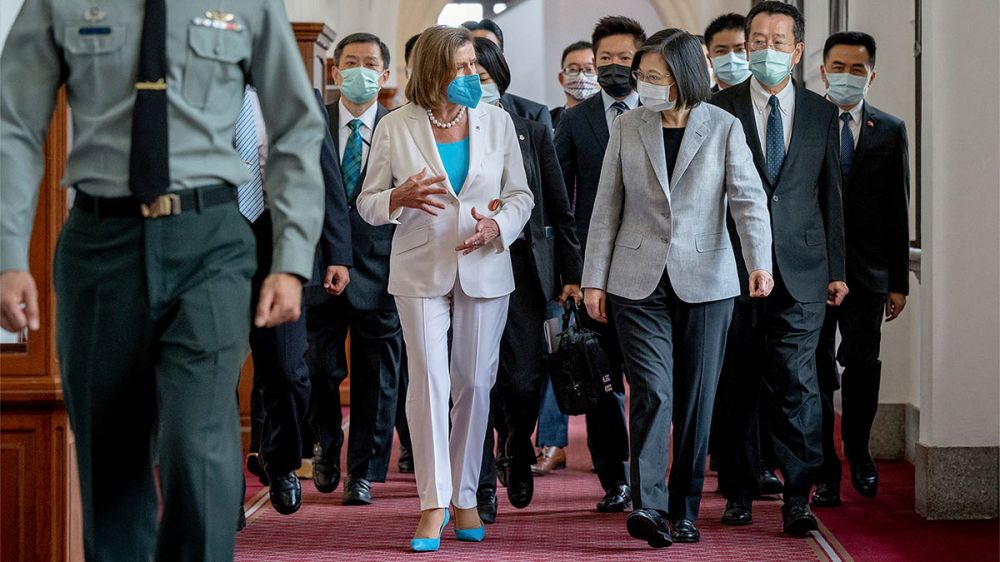 Pelosi meets Tsai, August 3: In just 19 hours on the ground in Taipei, the speaker raised the ire of the Chinese government (Credit: Simon Liu/總統府)

It is hard to think of a more disruptive visit than the one made by Nancy Pelosi, Speaker of the US House of Representatives, to Taiwan on August 2-3. In just 19 hours on the ground, Pelosi raised the ire of the Chinese government, which even before she landed in Taipei begun to block the import of over 2,000 products from Taiwan and announced several days of military exercises in six areas near the coast of the island. As if that were not enough, Beijing announced that it would suspend cooperative consultations with Washington on a host of issues including military and defense matters, drug control, transnational crime, the repatriation of illegal immigrants and climate change. The US-China bilateral talks on global warming are enormously important for the global multilateral effort, especially in the run-up to the UN Climate Change Conference (COP27) in Egypt in November.

Without downplaying these measures, which are undoubtedly worrying as they have raised stress levels in the region, it is necessary to consider what consequences this new crisis in the Taiwan Strait – 16 years since the last one – may have for other economies particularly in Europe that have already been badly battered by the destabilizing impact of Russia’s invasion of Ukraine in February.

Take first the political implications. There is every indication that tensions over Taiwan are here to stay and will most likely intensify. Beijing has taken another step in applying pressure on Taipei by publishing a "white paper" on “The Taiwan Question and China’s Reunification in the New Era”, a document which may prove more threatening to Taiwan than the 11 missiles that the mainland lobbed into the surrounding waters, including five that fell into Japan’s exclusive economic zone (EEZ), whether intentionally or unintentionally. The paper, which does not give the status quo as an option, presents a model for reunification similar to the “one country, two systems” construction adopted for Hong Kong's return to Chinese control in 1997. 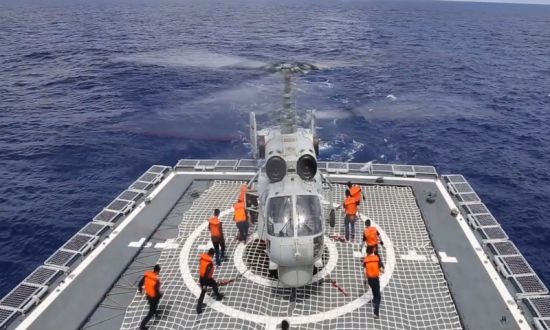 Flight deck of the Chinese destroyer Changchun, August 8: Whenever the People's Liberation Army rolls out major military exercises in the Taiwan Strait, they are a de facto blockade of Taiwan’s ports (Credit: PLA on Weibo)

The document looks set to become an instrument with which Beijing can seek to rally support, especially among its allies in the Global South, to gain diplomatic backing for its proposal, leaving Taipei with little if any voice. Obviously, the big question is how the US and its allies, both those whose own maritime zones edge Taiwan’s – Japan and South Korea – and those farther away in Europe, many of whom have in recent years staked out their interests in the Indo-Pacific.

The US is not likely to pay heed to China's proposed framework for Taiwan and will continue to regard visits to the island by American and Western parliamentarians and other politicians as the best way to show that disregard. Indeed, just days after Pelosi and her party’s short stay in Taipei, yet another US congressional delegation turned up and also met Taiwan leader Tsai Ing-wen and other political figures.

While China may have some success in gaining support for its reunification model from among its partners, the absence of any congruity with the US and the West on this matter will only cause further agitation and stoke the rhetorical Cold War flames that have been burning for some time. In this context, the economic consequences of a world that is careening towards a new Cold War can only be the acceleration of the process of commercial, technological and now even financial decoupling that is driving the strategic competition between the US and China.

Implications for supply chains and the global economy

For the people of Taiwan, the current crisis with the mainland seems less dire and threatening than the previous quarrel in 1996. But there are two compelling reasons for expecting significant negative consequences for not just the economies of Taiwan and the mainland but also the rest of the world. First, the Chinese economy has more than doubled in size in the past 16 years and has practically caught up with the US. Second, Taiwan has become the supply-chain nerve center for semiconductors, particularly advanced chips, as the largest manufacturer in the world of this essential “fuel” of modern technology.

The world economy has already experienced firsthand major value-chain bottlenecks similar to those that Taiwan has had to endure due to the military exercises that China has been carrying out from its main ports. This happened after US president Donald Trump initiated a trade war with China and was made much worse by the pandemic. The People’s Liberation Army (PLA) Navy’s maneuvers make it difficult for commercial vessels to access Taiwan’s ports. The military exercises in the aftermath of Pelosi’s visit ran from August 4 to 7 but were then extended, finally ending on August 10. Beijing maintained, however, that it would conduct regular patrols in the Taiwan Strait.

Whenever the mainland rolls out such military operations, they are a de facto blockade of Taiwan’s ports and also can limit traffic through the island’s airspace. Passengers on trans-Pacific flights leaving Hong Kong around the time of the exercises reported lengthy departure delays due to flight path restrictions. All of this presents a warning to Taiwan that Beijing could well impose a full-on blockade on the island whenever it chooses. Such a move would have severe economic consequences not just for Taiwan but for the rest of the world. Consider the impact of Shanghai’s recent Covid-19 lockdown which lasted for about 100 days, with significant negative effects on the transport of goods from its port, one of the most important in the world. 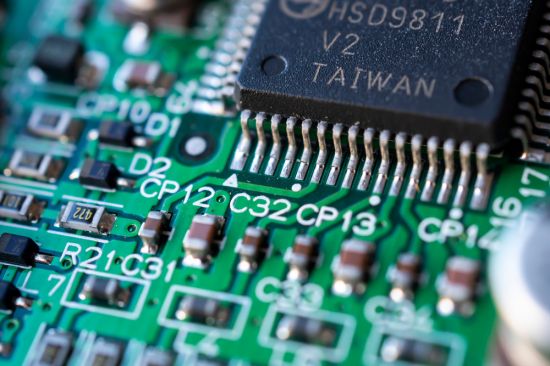 A blockade would result in a serious disruption of Taiwan-related supply chains, which would be disastrous for the global sourcing of semiconductors (Credit: stockwars / Shutterstock.com)

A blockade would result in a serious disruption of Taiwan-related supply chains, which would be disastrous for the global sourcing of semiconductors and would certainly contribute to the runaway inflation around the world. There would be multiple repercussions. Consider how relevant microchips are to the production of a myriad of goods, including those that are driving greater digitalization of companies, cities and countries and the fast-growing adoption of green energy sources. This supply-chain strangulation scenario is especially worrying when reckoning for the smaller most advanced semiconductors, for which there are no substitutes outside Taiwan.

And should it rain, it will definitely pour. Delays in supply chains and rising transport costs are behind the strong inflationary pressures in the North American and European economies, which has led the US Federal Reserve Bank and, more recently, the European Central Bank (ECB) to raise rates much faster than expected. A prolonged or expanded crisis in the Taiwan Strait would only add fuel to the fire that central banks are trying to extinguish.

Add to this challenge the pressure to reorganize supply chains in the face of the mounting risks. This new slap in the face to globalization is undoubtedly a key consequence of this crisis, pushed by the heat generated by the Cold War stances of the major power rivals. Slap after slap, from the trade war to the pandemic and Russia's invasion of Ukraine and now the Taiwan Strait, it seems that globalization is on the ropes and might not survive the repeated blows.

Obviously, there is no such thing as a complete decoupling that would result in two distinct economic blocs, one led by the US and the other by China. But at the pinnacle of the value chain, it does make sense to contemplate increasing separation and restrictions that make the running of global supply chains difficult and costly. Taiwan may be the straw that breaks the camel's back of a world which is no longer open but is still beset by difficult-to-unwind risks associated with old interdependencies such as the West's commercial dependence on China and the world’s heavy reliance on Taiwan for precious semiconductors. 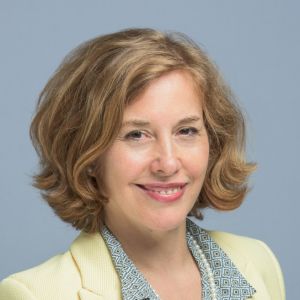 Alicia García-Herrero is a senior fellow at the European think-tank Bruegel. She is also the chief economist for Asia Pacific at Natixis, and a non-resident senior follow at the East Asian Institute (EAI) of the National University Singapore (NUS). Alicia is also adjunct professor at the Hong Kong University of Science and Technology (HKUST). Finally, she is a member of the Council of Advisors on Economic Affairs to the Spanish Government and an advisor to the Hong Kong Monetary Authority’s research arm, the Hong Kong Institute for Monetary and Financial Research (HKIMR), among other advisory and academic positions. In previous years, Alicia held the following positions: chief economist for emerging markets at Banco Bilbao Vizcaya Argentaria (BBVA), member of the Asian Research Program at the Bank of International Settlements (BIS), head of the International Economy Division of the Bank of Spain, member of the Counsel to the Executive Board of the European Central Bank, head of emerging economies at the Research Department of Banco Santander, and economist at the International Monetary Fund (IMF). Alicia has maintained a part-time academic life throughout her career as visiting professor at the School of Advanced International Studies (SAIS) at John Hopkins University, at the China Europe International Business School (CEIBS) in Shanghai, and Carlos III University in Madrid, among others. Alicia holds a PhD in economics from George Washington University and has published extensively in refereed journals and books (her publications can be found in ResearchGate, Google Scholar, SSRN or REPEC).

Alicia is also very active in international media (Bloomberg and CNBC among others) as well as social media. Alicia was included among the Top Voices in Economy and Finance by LinkedIn in 2017 and was ranked sixth on the Global Social Media 100 list by Refinitiv in 2020.