Already tense relations between the United States and China have put strains on the global trading economy. Erik Bainbridge of Asia Global Institute argues that the Covid-19 pandemic, instead of bringing nations together to fight a common enemy, is exacerbating differences, upending global supply chains and creating further distrust of international institutions.

Sunset for globalization?: Companies are restructuring global value chains in response to mounting tensions between the US and China and the economic crisis caused by the pandemic (Credit: Travel mania / Shutterstock.com)

The disintegration of US-China trade and investment since the two countries have been engaging in a trade war has led to talk of economic “decoupling”. As their dispute has heated up over the coronavirus pandemic and the issue of Hong Kong’s autonomy, the idea of a split – a process that could give impetus to a period of deglobalization – has become a matter of much debate. Even as the administration of American President Donald Trump has turned decoupling measures such as banning technology companies from operating in the US into undiplomatic weapons, can there be such a divorce in a highly interconnected global economy?

Recent data shows that the tensions have indeed led to a collapse of bilateral commercial engagement. New Chinese direct investment in projects in the US fell to just US$200 million in the first quarter of 2020, down from an average of US$2 billion a quarter in 2019, according to data from Rhodium Group and the National Committee on United States-China Relations.

The numbers could deteriorate further since tensions between the US and China have only risen in the run-up to the American presidential elections on November 3 – tit-for-tat closures of diplomatic missions, expulsions or restrictions on journalists, Trump’s executive orders to ban TikTok and WeChat, maneuvering by both countries in the South China Sea, and Washington’s withdrawal of recognition of Hong Kong’s special trade status and the placing of sanctions on Hong Kong officials after Beijing imposed a national security law on its special administrative region. In the final months of a campaign in which relations with China has become a major issue, one inextricably tied to the pandemic, the momentum for decoupling is likely to pick up.

While decoupling does not necessarily entail that economic interaction between the US and China falls to zero, it will be substantially reduced. Increasing partisanship in the US and nationalist rhetoric on both sides have resulted in growing anti-American feelings in China and anti-Chinese sentiment in the US. Covid-19 has shone a light on the ongoing decoupling between China and the US as economies globally feel the effects of the pandemic and economic stress exacerbates political tensions.

As economies struggle to navigate short- and medium-term uncertainty in a global recession brought on by Covid-19, decoupling between the US and China has added a layer of complexity. Political tensions that both underscore and drive decoupling have created a global leadership void as other economies feel that the US in particular is working only in its own interest. Indeed, Washington has demonstrated its willingness to weaponize tariffs not only on China but also on traditional allies such as Canada and the UK to prod them to strike new trade deals, often revisions of previous agreements that lack significant new benefits. Even after signing trade agreements with the Trump administration, allies have not been safe from further tariffs.

To varying degrees, both America’s and China’s perceived disregard for following international norms has led to a trust deficit in the ability of international institutions to navigate global crises. In the case of Covid-19, growing distrust in the leadership of global powers to act in concert and measures taken to undermine the effectiveness of the World Health Organization such as China’s niggardly efforts to cooperate at the start of the outbreak or the US decision to defund and withdraw from the WHO may serve to deepen and prolong the global recession. 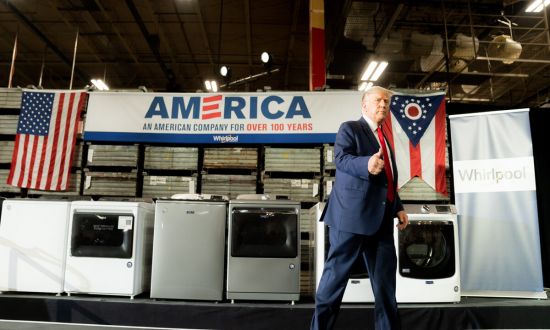 Though some measure of decoupling is occurring, there are many drivers, not all of which are consequences of political tensions or economic rivalry. First, companies are shifting stages of production in global value chains (GVCs) from China to other economies to avoid relying too much on a single market. China paved much of its development path by serving as the factory of the world, but higher wages, tougher environmental standards and the rise of other developing countries in Asia such as Vietnam, Bangladesh and Pakistan have convinced companies at least to consider restructuring their GVCs across economies.

Second, new technologies such as additive manufacturing (3D printing) allow companies to keep stages of the production cycle onshore, securing vulnerable value-chain links while also saving costs. This is occurring more often in long value chains in sectors such as automobiles and electronics.

Third, decoupling is occurring as US-China relations assume the proportions of a strategic rivalry, with some international affairs scholars and commentators warning of a new Cold War. Long value chains, as well as those producing goods with implications for national security, carry risks and vulnerabilities. This is particularly evident when countries looking to enforce trade disputes weaponize tariffs and export controls.

A deficit of trust and political will among members of the World Trade Organization (WTO), unilateral tariffs and regulatory controls, and Washington’s willingness to treat like-minded allies and rivals alike have undermined the credibility of the US as a global leader and exacerbated its tensions with Beijing. For its part, China has been accused of unfair trade practices including dumping, intellectual property theft, manipulating the value of its currency and unfairly supporting state-owned enterprises.

As economic efficiency is weighed against the security of supply, momentum is shifting towards security. This is particularly true due to the lack of trust in dispute resolution mechanisms in the WTO as well as doubts about the credibility of the World Health Organization (WHO) regarding the Covid-19 pandemic. GVCs will be a matter of concern in this balancing act as this will have a significant impact on products related to national security such as computer components and telecommunications infrastructure.

Perhaps most detrimental to GVCs is the unpredictability caused by an already weak global trade regime hit by a pandemic. This has already led to the indefinite stalling of projects in the private sector and an inability to shore up demand for an oversupply of goods. This may lead to a significant number of factory closures and debilitating credit crunches. Governments could navigate the uncertainty more easily by cooperating with one another, but a lack of global leadership makes effective coordination difficult.

Covid-19 and the momentum for decoupling

In a world in which the rules-based international order had been functioning efficiently, trust in globalized trade had been restored, and transparent and cooperative political leadership had been the norm, there might well have been real collaboration in dealing with Covid-19 and depoliticization of the pandemic. Instead, the global powers are playing blame games and bandying about conspiracy theories on the origin of the virus, breeding distrust in the WHO, and driving deglobalization as multilateralism has been largely absent in the aftermath of the outbreak.

Mistrust leads to fear, which leads economies to turn inwards and support protectionist policies. The WTO forecasts that global trade will decline by up to 30 percent, while export controls are being imposed by several nations on food, medical equipment, personal protective equipment and pharmaceuticals. Not only are the US and China no longer looking to rely on one another for certain goods and services, but longstanding allies have also been caught in the crosshairs. Consider Washington’s threat to halt the export of 3M face masks to Canada.

Even if further disintegration of the fraught relationship between the US and China was inevitable even before the pandemic began, Covid-19 added the dimension of fear, fueling anti-American and anti-Chinese sentiment and solidifying political and economic anxieties on both sides. Whether or not a new US presidential administration takes office in January 2021 and reverses some of the decoupling of the past three years, the world needs to take seriously threats to the rules-based international order and the possibly permanent damage already done to its effectiveness and integrity.

Covid-19 is neither the creator nor the main driver of decoupling. Economic decoupling between the US and China was happening prior to Covid-19 and is occurring for a variety of reasons. First, firms with GVCs have recognized the importance of not relying too much on a single market, particularly as more competitive developing economies emerge. Second, new technologies have allowed companies with long supply chains to retain stages of the production cycle onshore, saving costs and decreasing vulnerabilities.

The US remains the largest economy in the world and will need to continue cooperating with China to take advantage of trade and investment opportunities the Chinese market offers. China has specific comparative advantages that are difficult to replicate due to its large consumer market eager to purchase foreign imports as well as its capability to host GVCs given its large workforce with a widening range of skills, manufacturing infrastructure, extensive transportation networks and resilient economy (its rebound from the pandemic recession has been remarkable so far).

Covid-19, however, has created vast uncertainties in the short and medium term for firms managing GVCs and the potential effects that their restructuring might have on US-China relations. As economies re-open, GVCs might have to be reorganized–whether for commercial, political or strategic reasons, resulting in further decoupling. The global recession brought on by the pandemic may also increase the speed at which this new normal emerges, as some companies fold due to credit crunches and lack of resources with which to borrow, making GVCs weaker or less viable.

Where GVCs provide important links for governments, corporations and international institutions to engage in cooperation and collaboration, they will need to be rethought and reconfigured to take into account vulnerabilities due to single market-reliance, geopolitical tensions, Covid-19 and the need for future pandemic preparedness. This will no doubt result in higher costs to consumers, slower delivery of goods and services and fewer opportunities for increasing trade, commerce and collaboration on global issues. 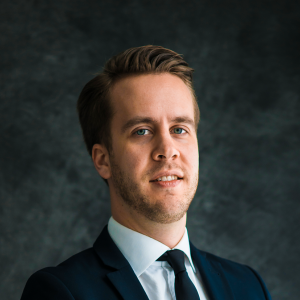 Erik Bainbridge is policy research manager at the Asia Global Institute. He received an MA in international affairs from the Norman Paterson School of International Affairs at Carleton University in Ottawa, Canada.