Covid-19 and the Decade of Risk

The deadly coronavirus pandemic is more than a public health emergency – it is a crisis of international cooperation, argues David Morris of the Sustainable Business Network of the United Nations Economic and Social Commission for Asia and the Pacific (UNESCAP). Instead of working together, the US and China are deeper into a geopolitical contest. A dangerous decade lies ahead for the global economy as well as for health and safety, and only a fundamental rethink about how nations can collaborate will be the cure.

King Salman of Saudi Arabia chairs virtual G20 Summit, March 26: To address the heightened risks for the global economy will require a fundamental rethink about how nations can collaborate (Credit: G20 Saudi Arabia)

We are all learning about identifying and managing risks as the world struggles to contain the Covid-19 outbreak. Many of us have learned to practice social isolation and accepted other extreme measures to deal with a risk that spread faster than the responses of our national governments. But beyond this public-health emergency, we are facing a crisis of international cooperation. Instead of uniting to tackle common challenges, leaders are doubling down on the politics of division and tribalism, eroding trust in government, institutions and experts, slinging blame and spreading conspiracy theories.

Sometimes we choose to ignore risks, even when they are looming in front of our eyes. For decades, climate scientists have been warning about the risks of climate change, yet the world has made very little progress in reducing the risks. We had a wake-up call in Australia at the beginning of the year. Months before the catastrophic bushfires, in April 2019, emergency services chiefs from all Australian states and territories tried to warn Prime Minister Scott Morrison of an approaching fire disaster as a result of record hot and dry conditions. Morrison, who leads a government that lags the world in acting against climate change, and who famously brandished a lump of coal in parliament, refused to meet them. When the summer arrived, disastrous fires swept the nation, entirely as predicted by the experts. The fires were a clear signal that we must get much more serious about working together to confront climate change.

Meanwhile in December, when a Wuhan doctor, Li Wenliang, shared information in a chatgroup with other doctors about a possible new coronavirus (from which he later died), the initial response of local police was to accuse him of “spreading rumors”. Li’s concerns should have triggered the direct reporting system set up after the severe acute respiratory syndrome (SARS) pandemic in the early 2000s to immediately alert authorities to a new infectious disease, but the system clearly did not work as intended. The delay did not just affect China, which later implemented unprecedented containment measures in close cooperation with the World Health Organization (WHO), but became a threat to people around the world. A virus knows no national borders, and neither should expert scientific advice.

In a crisis, the first thing we must do is listen to experts, who are best positioned to assess risks and recommend proportionate actions. Equally, with longer-term challenges we must also listen to those with relevant expertise, to avoid future crises.

Expertise, however, is under unprecedented attack. Populist leaders across the world have for decades undermined trust in public institutions, waging ideological culture wars against universities, public broadcasters and other evidence-based organizations, maligned as “elites” and starved of resources. Yet at a time of crisis it is precisely these organizations to which we turn for facts and sound advice.

One of the puzzles in identifying risks, and then cooperating to avoid or minimize them, is that often we just see things differently. Politicians who resist taking action against climate change, like the Australian prime minister, see bigger short-term risks to industries that will not survive a move to zero net emissions, while hoping technology will solve the problem in the long run.

The Wuhan police saw a bigger short-term risk of social panic about something that had not yet been established to be a new coronavirus. In retrospect, we may determine first responses were wrong, but variation in how we assess risk is perfectly human. Sadly, so is local political game playing in any system. That means for global risks we need robust international cooperation to ensure we hear the advice of experts and not just the ideologues.

We have plenty of experience in devising systems of international cooperation to predict and minimize risks. When we take a commercial airline flight, we place our trust in the international rules and practices of aviation that have proven over decades to be highly reliable to ensure we arrive safely at our destination. While we are aware that there is a small chance of something going wrong, say a technical fault or terrorist attack, we know these risks are as close as possible to zero because of the protective systems designed and implemented by professionals in whose hands we feel safe.

We have even eliminated some risks. The hole in the ozone layer, for example, was closed by concerted international action to eliminate chlorofluorocarbons (CFCs), which were previously widely used in refrigerators. In both the development of the aviation industry and in the elimination of CFCs, risks were self-evident, we listened to expert advice and we developed a global consensus for action to reduce the risks. We set new global rules and we have followed those rules to stay safe. As we are seeing in response to the Covid-19 pandemic, people will change behavior to remain safe but, when needed, can we rely on international cooperation to develop new rules to avoid the risks we will face in the future? 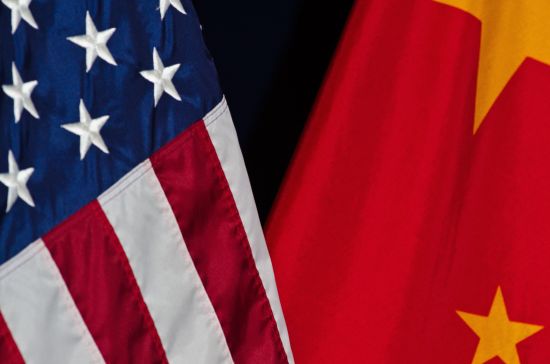 The bad news is that international cooperation and rule making have fallen out of favor. Under President Donald Trump, the United States has walked away from the Paris Agreement on Climate Change. A growing chorus of public opinion in the powerful, rich countries is turning against globalization, the World Trade Organization (WTO) and the proliferation of trade agreements and rules that have brought hundreds of millions of people in the developing world out of poverty and into the international economy.

The prospects for the decade ahead are grim. It is likely the lockdowns in response to this massive health crisis will send the world into recession, and that will not end well. Last time the US and Europe went into a recession, China kept the world economy growing. This time, though, China has troubles of its own. Further, the US has cast itself as engaged in a new “strategic competition” with Beijing, including a trade war and steps to decouple key sectors of its economy. There is a palpable closing of minds occurring in both countries, with insults being traded daily, journalists expelled by both sides, and conspiracy theories spreading like viruses.

Again, it is human to see things differently. A few years ago globalization was popular and the co-dependence of the US and China was commonly perceived as a great strength, a relationship too big to fail. Today, that perspective is out of fashion. Muscling up for worst-case scenarios has become the new strength, and most people like to be with the strength. While the narrative used to be about economic opportunity, it has turned to geopolitical threats, with expectations that the world will emerge from the Covid-19 crisis more nationalist, with a stronger China and a weakened US.

The rapidly evolving digital economy, which is likely to be the backbone of global recovery, has become a key battleground in the new geopolitical contest. High-speed 5G telecommunications networks are set to connect devices from phones to driverless vehicles and artificial intelligence will transform their capabilities. If we do not urgently develop rules and norms for these new interdependencies, as we did for air travel, we risk weaponizing every network and every device.

The US, which distrusts China, is pressing its allies to ban Chinese companies that are leaders in 5G, such as Huawei, accusing them of posing a security risk. Might it be possible to construct a set of verifiable rules and norms for 5G that mitigates the risks of which the US warns? Washington vigorously opposed international rule setting for the internet, while its firms enjoyed monopoly advantages, and has resisted extension of rule-setting powers for the digital economy to the world’s oldest international organization, the International Telecommunications Union (ITU). Perhaps that needs to be reviewed.

How to get back on track

Even in the depths of the Cold War, systems of international cooperation were constructed. Hard-nosed realists on both sides put in place hotlines and other confidence-building mechanisms to avert disaster. The Cold War occurred in a much less connected world, though, and its primary focus was military competition. We must consider what new kinds of international cooperation, rules and norms will be needed to mitigate the risks of a world in which China and the US are locked in a downward spiral of competition. It is not predetermined that either must act in a way that will threaten the rest of the world. Those are choices. Meanwhile, the rest of the world needs both the US and China as partners.

Climate change, pandemics and the global economy all underline how inter-connected our world has become. It must be intoxicating for populist leaders to win support as they herald a return to tribalism and isolation, but that is beating a path towards system failure, because there are no national solutions to global problems. That applies to China as much as it applies to the US. We need to do much better as an international community next time we have an imminent global crisis, and we need to get much more serious about the entirely predictable longer-term risks, such as climate change. It is time to rethink international cooperation, to listen to experts, to dispassionately assess the risks and to develop joint approaches to solving global challenges as a global community. That might mean changing some behavior. It will not be easy, but despite our differences people have a remarkable ability to work together and to build new solutions. It is what makes us human.

Nichols, Tom. (April 2017) The Death of Expertise: The Campaign Against Established Knowledge and Why it Matters, Oxford University Press, Oxford, UK.