The Politics of Corporate Social Responsibility in China

Corporate social responsibility (CSR) has been a popular topic, and many countries have provided incentives for corporations to contribute more to the public good. China has joined such efforts as part of its campaign to achieve sustainable growth. But more coherent incentives are needed to encourage Chinese businesses to join the party. 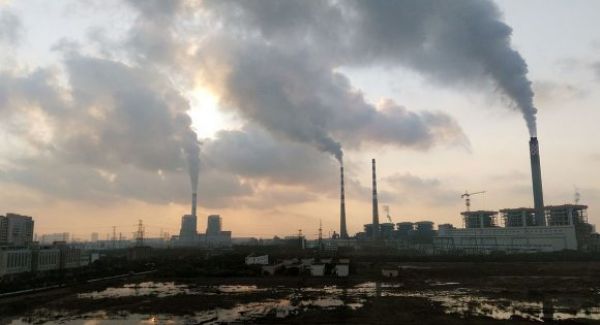 Corporate social responsibility (CSR) made its first official appearance in China in the 2006 Company Law. In December 2007, the Shanghai and Shenzhen Stock Exchanges issued guidelines for the disclosure of CSR performance, each targeting specific categories of business. This led to a noticeable jump in 2008 in the number of CSR reports issued by Chinese companies. However, the Shanghai and Shenzhen stock exchanges did not impose mandatory standards for disclosure or penalties for noncompliance. Indeed, the reports varied vastly in quality and timing of issuance, when they were issued at all. Yet interestingly, while not all targeted companies issued reports, some companies that were not required to issue reports did so.

Having the Impetus and Tools to Comply

Companies that have strong political connections with the central government are compelled to issue CSR reports with haste and attention to quality, even if they have not been targeted by the stock exchanges. This type of companies includes state-owned enterprises and companies whose top executives serve as delegates at the National People’s Congress or Political Consultative Conference. These companies that depend on the central government for resources and privileges are naturally eager to follow its directives, even if they are not mandated to do so.

The decision to issue CSR reports is largely politically driven.

Moreover, connections with the central government provide access to tools that help companies do CSR reporting well and quickly, making the process easier for these companies than their non-connected counterparts. For instance, the State-Owned Assets Supervision and Administration Commission provided training programs on CSR reporting for companies under its supervision.

In the early days of China’s market transition, the central government entered into a fiscal-sharing agreement with provincial governments. At that time, the central government sought rapid growth, and allowing provincial governments to profit from local economic growth was a way to ensure that they would pursue it energetically. In the decades that followed, GDP growth became one of the most important terms in Chinese politics, and the most important criterion for evaluating and promoting officials. This agreement continues today.

Local governments have become fixated on GDP growth targets. For instance, the municipal government of Tianjin, already a prosperous city, declared in its five-year plan for 2006-2010 that “we will strive to achieve an annual GDP growth rate of 12%, and our main task is to accelerate and push the development and growth of the coastal new area.”

The quickest paths to GDP growth often produce the most social and environmental problems; yet, these are the exact paths many provincial governments have taken. This obsession with economic growth has led to large-scale investments in heavy-polluting industries and construction projects that encroach on farmland and residential areas. For instance, despite being neighbors and sharing many cultural and economic similarities, Jiangsu and Zhejiang produce hugely varying amounts of chemical waste. Jiangsu’s prioritization of GDP growth has resulted in a lack of will to reduce pollution.

In the eyes of provincial governments that prize economic growth, CSR could be a distraction, or worse, a detriment. Why would they encourage local companies to work towards CSR if it would impede growth?

In Sichuan province, for instance, the local government’s commitment to GDP growth has led to its endorsement of some of the largest chemical plants in the world, including Sichuan Hongda’s copper smelting plant. Yue Pan, China’s vice minister of environmental protection between 2008 and 2015, has explicitly said that some provincial governments openly protect the biggest corporate polluters in their jurisdictions in order to achieve their GDP growth targets.

In contrast, governments that do not have a single-minded focus on high GDP growth have room to consider social development. For example, Yang Wang, the former head of the Guangdong province, started a “Happy Guangdong” campaign to emphasize social development. Sustainable development became a criterion by which officials were evaluated. Wang expressed a desire for Guangdong’s economic growth to be “people-oriented.” During his tenure, the provincial government urged companies several times to improve their treatment of workers. Via these and other initiatives, Guangdong companies’ attention was channeled towards social responsibility.

Decouple for an Easier Way Out

What about companies that are politically connected with the central government, but are located in provinces that prioritize high GDP growth? How do they reconcile the seemingly conflicting pressures applied by the governments above them?

In the eyes of provincial governments that prize economic growth, CSR could be a distraction, or worse, a detriment.

Well, they have to comply with both. But how? We find that these companies employ a decoupling strategy: they issue their CSR reports very quickly (within two years of the guidelines’ release), but their reports are of very poor quality. By doing this, they, in a way, satisfy institutional pressures from both the central government and their provincial governments.

Unlike in Western societies, where there are strong market institutions that regulate business activities, CSR reporting in China is largely driven by the government. However, despite the central government’s intention to focus on sustainable development, provincial governments’ pursuit of dramatic growth still constrains companies’ attention and dedication to CSR activities.

The central government cannot rely on just regulatory guidelines to nudge companies towards CSR. It must provide incentives for provincial governments to pivot away from short-term GDP growth as their only development goal, and for them to become active participants in achieving CSR.

Danqing Wang is an assistant professor of management and strategy at The University of Hong Kong. She obtained her PhD in management from INSEAD, France. Her research focuses on state-firm interactions and firms’ non-market strategies in emerging economies. She serves on the editorial boards of "Administrative Science Quarterly" and "Management and Organization Review." She is a recipient of the AIB Emerging Woman Scholar Award 2018.