Cloned Food on Your Plate?

Since the practice of cloning farm animals is under-regulated in countries like Argentina, Brazil, and the US, European supermarkets may be selling meat and dairy products produced from clones, despite EU banning. With better regulation at both national and global levels, more accurate data could be produced to enhance transparency and traceability. 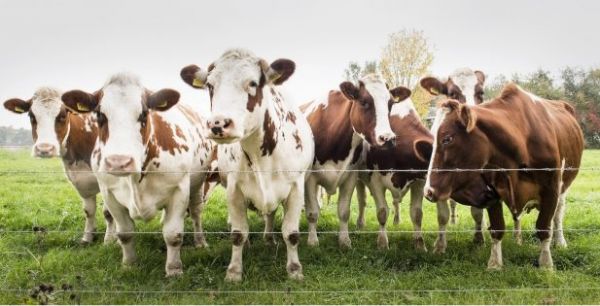 In the last few decades, animal cloning has been hotly discussed in key economic sectors such as the pharmaceutical and agricultural industries. More and more private companies are financing research in this area, especially in cloning animals like horses and cows. Because of the high cost and low success rate of cloning (6-15% in cows and 5% in pigs), the use of clones for meat is currently limited. But there are promising experiments underway. One is looking into transgenic cows that produce human growth hormone and insulin in their milk.

Other possible applications of animal cloning technology include rebuilding populations of endangered species and, eventually, bringing back extinct animals. Nowadays, a few companies offer pet cloning services, but they are mainly focused on genetic preservation. Cloning dogs and cats is technically possible but still very expensive and complicated.

A Matter of Political and Ethical Choices

In both Europe and the US, animal cloning has been examined by relevant government agencies and widely debated by the public. However, regulation on the two sides has taken opposite directions. The US Food and Drug Administration (FDA) allows the consumption and commercialization of products from clones and their offspring. The FDA has concluded that meat and milk from cloned animals of any species traditionally consumed as food are as safe to eat as that from conventionally bred animals. It came to this conclusion after an extensive study of animal welfare and food safety, culminating in the release of three documents in January 2008.

The FDA has asked private companies to keep clones off the market voluntarily, but it leaves the final decision to them. The problem in the US system is that there are no official numbers or tracking information. What happens to unhealthy clones? These animals, with a few exceptions, are allowed to be rendered into products such as animal feed and cosmetics, all without being labeled. Not even organic food excludes cloned meat.

Consumers, therefore, cannot know whether their food has been produced from clones or their offspring.

On the other hand, in September 2015, the European Parliament banned the cloning of all farm animals and products derived from it, including imports. The decision was made considering the fact that the majority of European citizens are opposed to the consumption of cloned animals and the use of this technique in agriculture. It was also based on the conclusions and recommendations of the European Food Safety Authority (EFSA). The EFSA found that the health and welfare of a significant proportion of clones are unsatisfactory. Clones often suffer from fatal defects as the current efficiency of cloning is low. As it stands today, cloned embryos require surrogates to bring them to term. Considering the health problems and potential suffering of surrogates and clones, the EFSA doesn’t see the production of food from clones and their offspring as justified. It is, however, still possible to use this technology for research or to clone endangered species.

Despite this ban, however, the EU lacks regulations for tracing and labeling clone-derived food imports. Current laws do not require that labels of meat products include the animals’ ancestry information. Consumers, therefore, cannot know whether their food has been produced from clones or their offspring.

Europe and the US have adopted opposite principles by focusing more on animal welfare and food safety respectively. This shows that decisions about animal cloning are more so a matter of political and ethical choices than technical issues.

Lack of Transparency and Traceability

Countries like Argentina, Australia, Brazil, and Canada have been actively engaged in agricultural cloning, but as the practice is under-regulated and done by private companies, which tend to treat the matter as trade secrets, there are no official statistics.

There is a problem of transparency and traceability in global trade.

Argentina is now one of the world’s most significant promoters of cloning and has no restrictions on the export of clones or their offspring. Canada, the US, and Mexico are members of the North American Free Trade Agreement (NAFTA), and the lack of US labeling laws with regard to products from cloned animals, combined with the frequent trading of live cattle, genetic materials, and other animal products between the US and Canada, makes the presence of cloned material in the Canadian meat and dairy supply highly likely. There is a problem of transparency and traceability in global trade, as these countries export meat as well as semen and other produce from farm animals to the rest of the world.

The Need for More Transparency and Open Debate

This calls for more open debate and regulation on cloning, both at national and global levels.

Governments and companies must increase public awareness by making more information widely available. Scientists have not managed to convey the benefits and disadvantages of cloning. They must do better, by using clearer language and answering questions.

In addition, there is a need to collect and disseminate data in a transparent way. All products from cloned animals and their offspring should be labeled as such when they get on the market to allow consumers to choose and track what they eat.

This calls for more open debate and regulation on cloning, both at national and global levels.

Countries with little or no regulation on animal cloning should make decisions based on scientific information. They should consider critically what other governments have done, and avoid the simplistic adoption of strategies taken by Western countries without proper evaluation.

Regulatory agencies should implement biosafety controls to protect animal health. More regulation at the local level would make it easier to obtain accurate numbers and statistics with regard to the amount of cloned animals created, consumed, and exported.

With uniform international ethical standards, it would be possible to achieve more control in animal welfare for both scientific and commercial purposes. 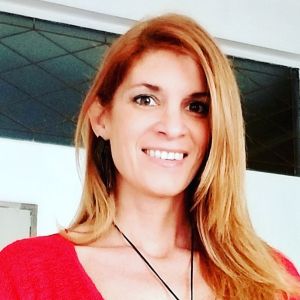 Florencia Marina Daud is a lawyer from Argentina specializing in bioethics. She holds a master’s degree in international relations from the University of Bologna and studied global public policy at the London School of Economics (LSE). In 2017, she was part of the first cohort of fellows of the AsiaGlobal Fellows Program at the Asia Global Institute of The University of Hong Kong. Prior to that, she was a “stagiaire" at the Court of Justice of the European Union in Luxembourg. In Argentina, she worked as an advisor to a congresswoman and became a founder member of BioJur, a charitable foundation dedicated to encouraging public understanding of bioethical issues.