Already fraught due to longstanding border disputes and recent military clashes, the relationship between China and India is becoming even more tense over Beijing’s plans to build a “super hydropower dam” in Tibet on a section of the Brahmaputra River, upstream from India. Delhi fears that the project could impede water supplies and increase its dependence on its neighbor for water. The solution, writes Genevieve Donnellon-May of Oxford University, is for the two countries and other relevant parties to set up a joint river-basin governance framework that would enhance cooperation, promote transparency and information sharing, and build trust. 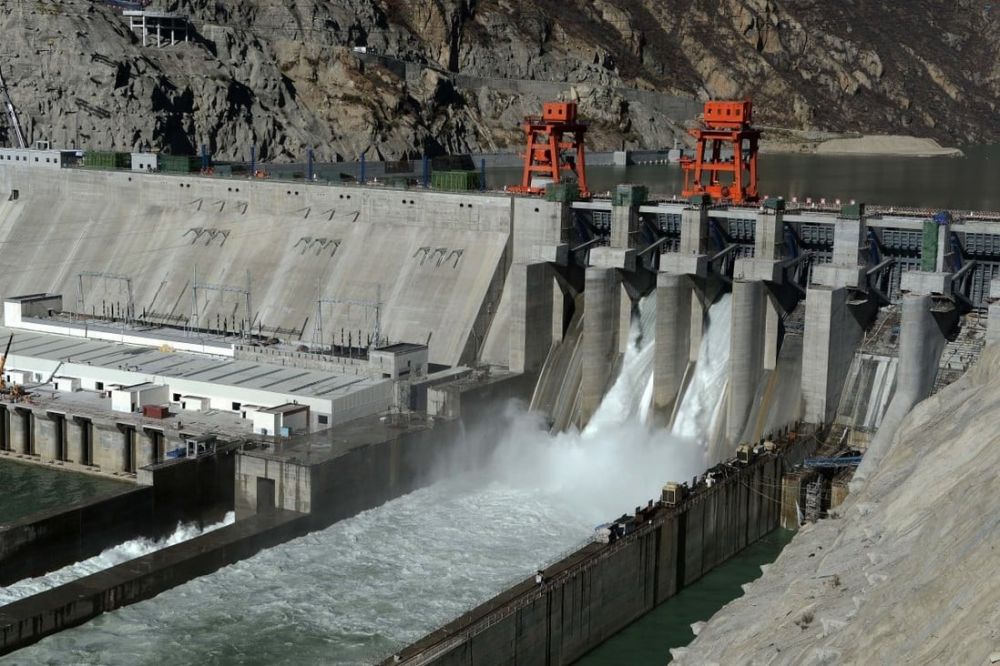 Raising the temperature of an already tense relationship: The Zangmu Dam (operational since 2014) on the Yarlung Tsangpo/Brahmaputra in Tibet near the border with India and Bhutan (Credit: Xinhua)

In November 2020, Beijing announced plans to build an enormous “super hydropower dam” in Tibet on the section of the Brahmaputra River near India. In March 2021, the National People’s Congress (NPC) approved the country’s 14th Five-Year Plan (2021-2025). A key objective listed in the document, which sets out the country’s national socio-economic and development goals, is the construction of what would be the world’s biggest dam on the lower reaches of the Yarlung Tsangpo river in the foothills of the Himalayas.

Although the exact details are not publicly available, media reports note that Power Construction Corporation of China (PowerChina), a Chinese state-owned enterprise (SOE), and the Tibet Autonomous Region (TAR) government will construct a 50-meter-high hydropower dam at Medog (Tibet) on the Great Bend of the Brahmaputra, near the Indian border to generate 60-gigawatts of electricity annually. This amount is more than three times the electricity produced by the Three Gorges Dam. India has responded to the proposed dam with great alarm and remains seriously concerned. Delhi has also announced that it is considering constructing a 10-gigawatt dam to mitigate the impact on water flows of the China’s mega project.

The Yarlung Tsangpo is one of the world’s largest transnational river systems. Originating in the Qinghai-Tibet Plateau in southwest China, it flows 2,900 kilometers across southern Tibet via the Himalayas, entering India through Assam and Arunachal Pradesh (South Tibet), where it is called the Brahmaputra. Many of the river’s tributaries begin in China, while others start in Bhutan, each of which holds significance in terms of socio-economic and political value. As South Asia remains one of the world’s most impoverished regions, each country seeks to maximize its utilization of the Brahmaputra to achieve national and international development goals such as the United Nations Sustainable Development Goals (SDGs).

Sino-India relations over shared water resources remain undoubtedly complicated. The Brahmaputra is the most important of the rivers that transverse the Sino-Indian border. For India and China, two of the world’s most populous countries, the Brahmaputra is essential to their socio-economic development. The river accounts for nearly 30 percent of India’s freshwater resources and 40 percent of its total hydropower potential. For China, the Brahmaputra’s role in the country’s total freshwater supply is limited but plays a significant role in Tibet’s agricultural and energy industries as well as civilization. Yet, their growing populations mean water resources are under increasing stress and demand in both countries. Despite China’s basin coverage, it only contributes between 22 percent and 30 percent of the total basin discharge.

Competing water and development plans have long caused significant tensions and a lack of trust between China and India. One of the biggest points of contention is China’s construction of hydropower dam and water-diversion projects on the Brahmaputra’s upper reaches, affecting the river’s flow and course. As the upper riparian, China can make decisions that have a direct impact on the quantity of water available downstream, giving it unequal power over and triggering alarm in India due to changes in flows. Despite Beijing’s insistence that the dam construction is for hydropower generation and will not cause a reduction in river flow, Delhi remains skeptical. It has responded by unsuccessfully claiming prior user rights and attempting to establish additional monitoring mechanisms to monitor China’s riparian activities. No dedicated multilateral cooperation mechanism exists, however – only limited institutionalized cooperation between the two neighbors.

The Sino-Indian territorial dispute is a factor

The historical territorial dispute between the two countries further complicates matters. As China and India disagree on border demarcation, there is no official mutually agreed border between the two countries, which assert competing claims to territory in the Eastern Himalayas. The disputed area, known as Arunachal Pradesh State in India and South Tibet in China, is home to more than one million people and occupies an area of approximately 90,000 square kilometers. The competing claims to the territory are connected to their respective assertions of sovereignty. If China should somehow abandon its claim to South Tibet/Arunachal Pradesh State, its claim of sovereignty over Tibet will weaken. India, for its part, is unwilling to cede the land to its rival as the territory is the site of China’s victory against India during the Sino-Indian War in 1962. Nationalist sentiment sustains Delhi’s persistence. 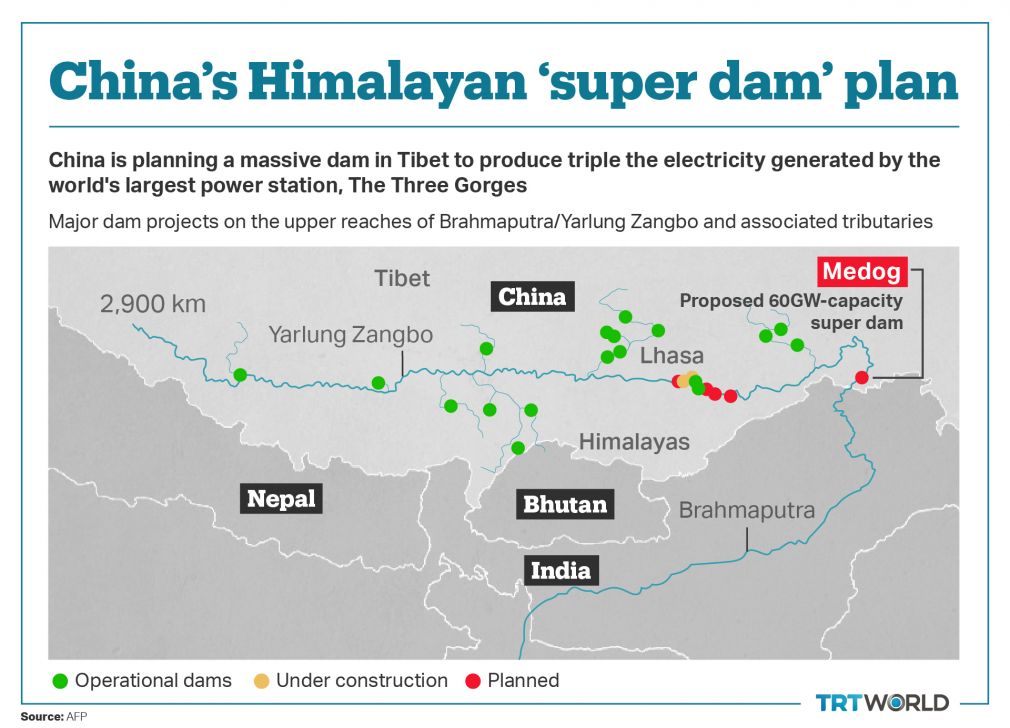 Both countries have accused the other of hydro-hegemonic behavior. Transboundary water interactions are political and influenced by the greater socio-political context of the river-basin countries. Due to their geographical position, upstream countries can often manipulate water flows for strategic ends. China, the “upstream superpower” of Asia, does not have an independent transboundary river policy but manages it as part of its foreign policy with downstream countries. Drivers of its water diplomacy include domestic challenges such as water insecurity and the need for energy security, as well as international programs such as Beijing’s signature Belt and Road Initiative (BRI).

Given its distrust of multilateral frameworks to resolve international disputes, Beijing has not signed a water-sharing or international transboundary water treaty. Although China is criticized for refusing to do so, most of China’s 17 downstream neighbors, including India, are not themselves signed such an agreement. China abides by the 1997 United Nations Convention on the Law of the Non-navigational Uses of International Watercourses (UNWC), even if it has not signed it. There are questions about India’s adherence to the convention. Others have also argued that Delhi encourages the narrative of “Chinese hegemony” to defend its hydropower development projects. Nonetheless, despite an information-sharing agreement between them, China refused to share hydrological data with India during the 2017 Doklam standoff between their two militaries in the Himalayas.

The prospect of Sino-Indian water wars

India has long speculated about China’s intentions and hydropower dams to control the Brahmaputra. Many Indian analysts argue that China’s water ambitions and the growing competition over water between China and India will inevitably lead to “water waters” between the two nations. Indian politicians, media, and officials frequently warn of the consequences of dependence on China for water supplies. In 2013, Prime Minister Narendra Modi claimed that China is stemming the flow of the Brahmaputra. In 2017, the Siang – a tributary of the Brahmaputra – turned black, making the water unsuitable for drinking, damaging the ecology and disrupting local agricultural production. Indian officials publicly blamed China. Nonetheless, China dismissed the complaints as highly exaggerated, given its much smaller contribution to the river flows.

In this context, the proposed Chinese super dam is contributing to the water wars narrative by raising fears in India that China will eventually gain complete control over the disputed territory. By contrast, Chinese media has downplayed the dispute, calling the accusations an “absurd theory”. PowerChina declared that the proposed project represents a “historic opportunity for the Chinese hydropower industry”. 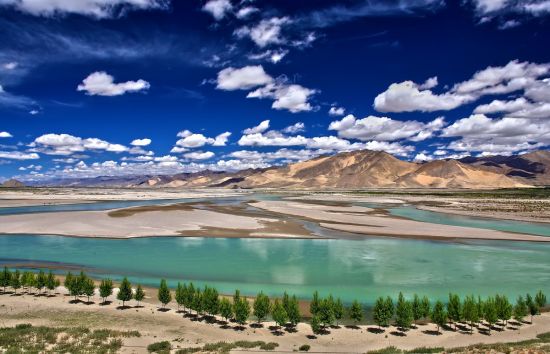 Upstream quiet before a storm?: The Brahmaputra River near Shigatse in Tibet (Credit: Boqiang Liao)

How to reduce the heat

As China only contributes a small volume to the total flow of the river, any attempt to alter the flow of the Brahmaputra would be unlikely to affect India’s water supply. This would undermine the water wars narrative. Yet, rather than addressing India’s concerns, Beijing merely denies any ill intent, a reaction which only provokes Delhi’s fears and inadvertently raises concerns about possible conflict. Without publicly releasing hydrological data or the plans for the dam, it is difficult to predict accurately the proposed mega-project’s impact on India. The withholding of information simply increases India’s mistrust of China.

The lack of transparency suggests that India’s fears may not be entirely unfounded. But the blame for mounting tensions cannot rest entirely on Beijing. Although the prospect of water wars between the two countries is overhyped by India and downplayed by China, without a water-sharing agreement or basin-wide governing mechanism in place, the proposed dam and questions about the governance of the Brahmaputra are becoming yet another major irritant in Sino-Indian relations.

To reduce tensions, China could work with India to establish an inclusive mechanism – a river basin organization (RBO) – for all relevant riparian parties to institutionalize cooperation for effective governance and socio-environmental sustainability of the Brahmaputra basin. The RBO could be led by China. Establishing such an institution to strengthen collaboration and communication and build trust would reduce tensions among all parties involved, while reducing, if not impeding, India’s attempts to restrict China’s dam construction through claims of prior use rights.

The benefits of such a mechanism are numerous: Regular communication through established channels and procedures can prevent conflict from occurring over transboundary water resources. RBOs can significantly reduce tensions over disputes by strengthening mutual trust and facilitating information sharing for proper transboundary water governance as well as the protection of ecological systems. Basin-wide cooperation would be seen as part of a framework for greater regional and economic cooperation.

The super dam issue, while complex, with multisectoral and multidimensional implications, contributes to worries of future water wars between India and China. Although it has not yet been built, its size, the potential impact on river flows, and the lack of transparency on China’s part have heightened India’s fears of water shortage and an over-dependence on its neighbor for supplies, unnecessarily complicating an already tense geopolitical relationship. 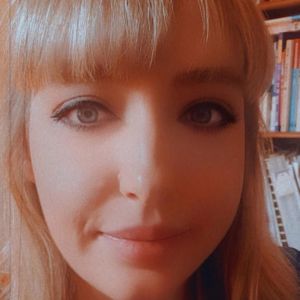 Genevieve Donnellon-May is a master's candidate in water science, policy and management at the University of Oxford. She is the Climate Change Fellow for Young Australians in International Affairs. Donnellon-May previously worked as a research assistant at the Institute of Water Policy at the Lee Kuan Yew School of Public Policy of National University of Singapore (NUS) and at the Asan Institute for Policy Studies in South Korea.