China, Venezuela, and the Illusion of Debt-Trap Diplomacy

China has often been accused of practicing “debt-trap diplomacy”—miring supposed partners, particularly developing countries, in unsustainable debt-based relationships. But this is a misreading of the issue, and nowhere is this more apparent than in China’s dealings with Venezuela. 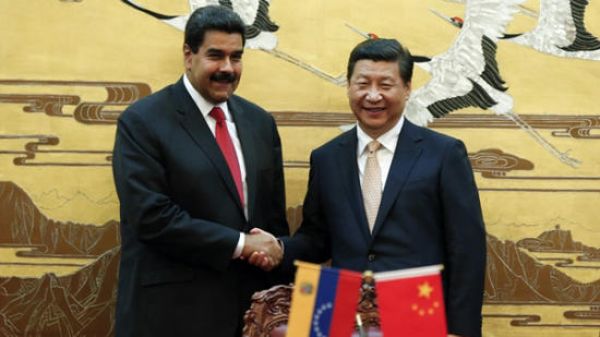 In an article from early 2017, titled “China’s Debt-Trap Diplomacy,” geopolitics pundit Brahma Chellaney argued that China has sought to purposely ensnare some of its South Asian neighbors in unsustainable loans-for-infrastructure deals.

Since that article was published, the concept of debt-trap diplomacy has become increasingly popular among some journalists, researchers, and policymakers. These individuals are critical of China’s rapidly expanding provision of international infrastructure finance, especially through its ubiquitous Belt and Road Initiative (BRI).

Yet, the emerging conventional wisdom that China gains when the countries it lends to are unable to service their debts risks misunderstanding how China has and will become a victim of its own lending missteps and hubris. No Chinese debt-based relationship is more instructive in this regard than its dysfunctional ties to Venezuela.

A Concept Captures the Zeitgeist

The concept of debt-trap diplomacy, maybe more than any other, symbolizes the backlash against China’s increasingly high-profile and assertive foreign economic policies of recent years. What most of these critiques have in common is a shared certainty that China is effectively practicing a form of neomercantilism. This practice is designed to ensure that the country’s overseas trade, investment, and finance tools and initiatives, especially in developing countries, serve its broader aims of increased geopolitical influence.

China has and will become a victim of its own lending missteps and hubris.

Yet few, if any, of the claims about Chinese debt-trap diplomacy include a clear-cut case proving that Chinese firms, banks, or foreign policy officials came into such deals with a long-term, strategic plan to attain economic assets or political leverage via unsustainable loan deals. Moreover, claims about China’s debt-trap diplomacy unquestioningly assume that China’s own economic and geostrategic interests are maximized when its lending partners are in distress. Such assumptions need to be more carefully examined, and the case of Venezuela shows why.

It is perhaps no coincidence, then, that those most keen to highlight and warn of China’s debt-trap diplomacy, or of similar threats such as “creditor imperialism,” fail to mention the country with arguably the most unsustainable debt-based relationship with China: Venezuela.

Venezuela is no marginal case. Indeed, it is the single largest recipient of Chinese official finance, with the China Development Bank (CDB) extending the bulk of more than US$60 billion in loans since 2007.

Venezuela and China are, respectively, the site of the world’s biggest oil reserves and the world’s biggest oil importer. The original commercial rationale for the loans (or for “win-win” ties, in Chinese rhetoric) was to finance long-term oil partnerships between the two nations. It is certainly no coincidence that the majority of the loans were signed when Venezuela was led by Hugo Chávez. He offered an enticing diplomatic and even ideological partnership at a time when Chinese policymakers were looking at enhanced ties with Latin America as an opportunity to balance the United States’ “pivot” to Asia.

Venezuela has changed from the closest thing China had as an ally in Latin America and the Caribbean to a clear liability.

Yet, with Venezuela in the depths of an economic, political, and humanitarian crisis since the death of Chávez in 2013 and the collapse of oil prices in 2014, the China-Venezuela loans-for-oil relationship has gone badly wrong. Certainly Chinese loans to Venezuela, especially in the aftermath of the global financial crisis, facilitated deeply flawed economic decision-making at a time when Chávez may have otherwise had to adopt more practical polices to tap into international credit. In this sense, CDB lending to Venezuela both before and after Chávez’s death has fed into the Venezuelan government’s own disastrous appetite for unsustainable and unaccountable debt.

China’s lending to Venezuela stands in clear contrast to some other examples meant to highlight China’s debt-trap diplomacy. This lending has not only greased the wheels of Venezuela’s path to self-immiseration, but it has also clearly undermined China’s own economic and geostrategic interests. Specifically, the collapse of Venezuela’s oil sector, and with it the entire economy, has meant that the country has been unable to make loan repayments and oil shipments to China according to the original loan terms. If this weren’t enough to undermine Chinese energy security interests, the collapse of Venezuelan oil exports has contributed to recent rises in global oil prices, thus contributing to increases in China’s massive oil import bill.

Geostrategically, Venezuela has changed from the closest thing China had as an ally in Latin America and the Caribbean to a clear liability. Moreover, if Donald Trump’s U.S. administration deepens sanctions on Venezuelan oil, Chinese state-owned oil firms and banks could easily be caught in the crosshairs.

Tip of the Iceberg

China’s unsustainable debt relationship with Venezuela is a clear example of how misleading the concept of debt-trap diplomacy can be, especially if China can be caught in its own snare. Venezuela may be the most extreme case of a Chinese debt relationship gone wrong for both debtor and creditor alike, yet other examples are also emerging. China’s investment in and lending to neighboring Pakistan and Afghanistan, as well as the more distant South Sudan and Angola, have increasingly been scrutinized for the ways in which China’s economic and security interests may be undermined by deals gone wrong.

China’s unsustainable debt relationship with Venezuela is a clear example of how misleading the concept of debt-trap diplomacy can be.

And as in the case of Venezuela, if China does seek to use more coercive methods to retrieve the money, oil, or ports it has financed, it risks contributing to the growing impression that all its rhetoric of “win-win” contributions to development cooperation is really just cover for more traditional zero-sum realpolitik.

This is where many of the concerns about China’s development financing binge converge. Whether Chinese business or foreign policy officials enter into unsustainable debt relations with developing countries on purpose or by accident, the result is that China appears well on the path to repeating mistakes made by Western governments, businesses, and multilateral financial institutions. What China is experiencing as it ventures out as a provider of global finance is in some ways similar to periods in the 1930s and 1970s when American firms, and subsequently the U.S. government, found themselves in unsustainable debt relationships that hurt debtors and creditors alike.

There is every reason the international community should pay close attention to the strategic economic and political elements of China’s role as a supplier of infrastructure and energy finance. But vitriolic claims of Chinese debt-trap diplomacy are likely to be far less effective than efforts to clearly demonstrate to Chinese officials, bankers and executives that their own interests are often being undercut through such unsustainable deals.

China, no less than any country or individual, is capable of making mistakes. The question is what lessons are learned and who pays the price.

Matt Ferchen is a non-resident scholar at the Carnegie-Tsinghua Center for Global Policy, where he runs the China and the Developing World Program. He was an associate professor in the Department of International Relations at Tsinghua University from 2008 to 2017.