The China-US Rivalry and the Pandemic: Challenges to ASEAN Neutrality

The competition between the US and China, already acrimonious over trade and tariffs, has intensified over the origins of Covid-19, Hong Kong and other issues. Tit-for-tat escalation has raised concerns in Southeast Asia, where countries have long sought to balance the major powers and act as the fulcrum of power relationships in the region. But, writes Aristyo Rizka Darmawan of the University of Indonesia, the push-and-pull between Beijing and Washington is applying more and more pressure on ASEAN neutrality, forcing member states to make difficult choices. Can ASEAN maintain its centrality under such unrelenting tension? 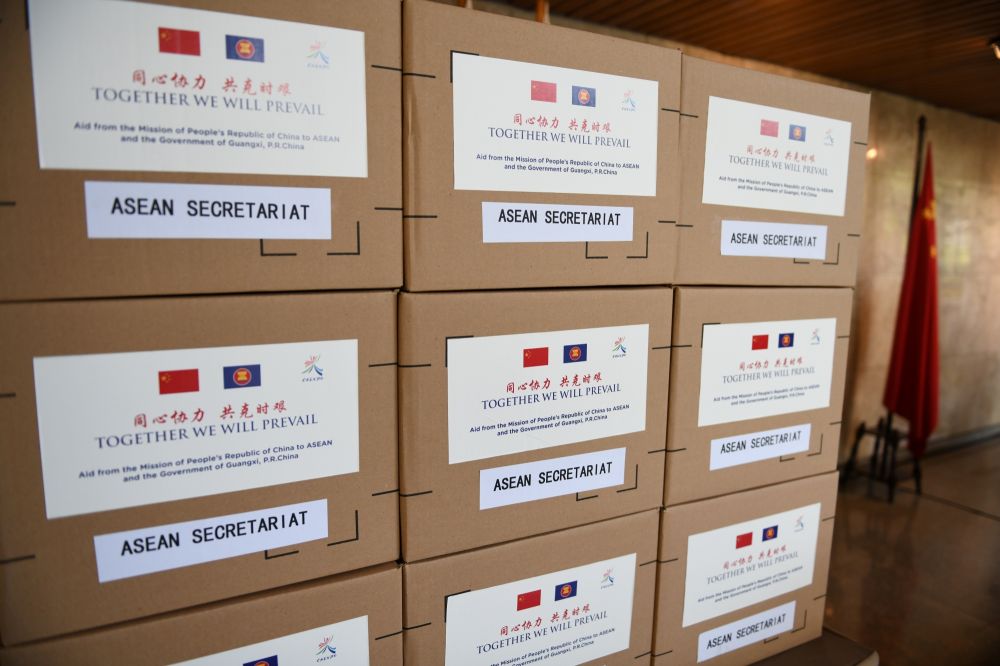 Eight months after the first case of the Covid-19 outbreak was detected in China, the virus has spread to nearly all countries on earth. Southeast Asia was certainly not spared. Despite some success stories in combating the pandemic, most ASEAN states are still struggling to contain the outbreak, with nearly 300,000 cases across the region.

The pandemic has hit some ASEAN economies particularly hard. In the second quarter, Indonesia’s GDP contracted by 5.32 percent, a deeper plunge than expected. The Philippine economy shrank by 16.5 percent in the first half of 2020. The impact has been multidimensional, with questions raised about the immediate and longer-term effects on security, trade and geopolitics. The absence of any robust global response has been striking, despite widespread please from international organizations for international cooperation and a concerted multilateral approach to addressing this global public-health catastrophe.

While a whole-of-world effort has not materialized, the major powers – the US and China – have been offering pandemic assistance to consolidate and bolster their influence in key regions. Southeast Asia, a region of significant strategic significance to both, has been a focal point. Beijing and Washington have increased humanitarian aid to some countries, posing a dilemma for those nations – how to accept assistance and yet maintain ASEAN’s traditional neutrality, encapsulated in the concept of the region’s “centrality” in the Indo-Pacific.

Among ASEAN leaders, the pandemic has added to the mounting pressure they had already been feeling in recent years, particularly as the rivalry between the US and China has heated up. The two powers have been pursuing their respective strategies to strengthen relationships in the region – China with its Belt and Road Initiative (BRI) and the Regional Comprehensive Economic Partnership (RCEP); the US with the Trans-Pacific Partnership or TPP (abandoned by President Donald Trump in 2017), the free and open Indo-Pacific strategy, and the revival of the Quadrilateral Security Dialogue, known as The Quad. The US and China each pulling on opposite ends of the tug-of-war rope, with ASEAN the center knot, shifting from one side to the other, back and forth.

The emergence of Covid-19 has lent a new urgency to the contest. For instance, China is including ASEAN in its US$2 billion Covid-19 international aid program. Beijing also has donated personal protective equipment and other medical supplies to ASEAN countries and to the organization’s secretariat in Jakarta for distribution as needed. In March, China dispatched testing kits, surgical masks and other items to the Philippines and Indonesia, while it also sent a team of medical experts to Cambodia. A month earlier, the ASEAN and Chinese foreign ministers, meeting in Vientiane, issued a statement on Covid-19 pledging to strengthen cooperation, information exchange, and mutual assistance. A further statement in May called for joint efforts to mitigate the impact of the pandemic on regional and global trade and investment, restore confidence in economies and trade, and pursue opportunities to achieve sustainable long-term growth of international trade and investment.

The US has made its own diplomatic moves. In May, the State Department released a statement on Indo-Pacific cooperation on Covid-19 that underscored the importance of cooperation and information sharing with partners in the region. The US also contributed humanitarian aid to certain ASEAN members. By early May, for example, Washington had released US$57.5 million to help Southeast Asian countries fight the virus, with US$7.3 million allocated to Indonesia. The US aid program included support for case detection and contact tracing. 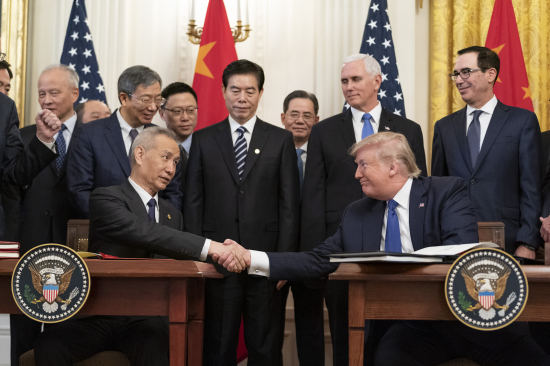 The outreach that the US and China have each undertaken to help several ASEAN members through the pandemic has been taking place against the backdrop of deteriorating Sino-American relations. The two sides had already been engaged in a trade war, with tit-for-tat tariffs covering over US$360 billion of Chinese goods and more than US$110 billion of American products by January this year. Even as the coronavirus was beginning its global spread, Beijing and Washington hashed out a “phase one” trade deal.

But relations only deteriorated further over accusations about the origins of Covid-19 and other issues including China’s imposition of a national security law on Hong Kong, perceived security risks posed by Chinese technology including mobile applications, and restrictions on and expulsions of journalists from each country operating in the other. After the US shut down the Chinese consulate in Houston, alleging it was being used as a base for economic espionage, China forced the US to close its mission in Chengdu.

But relations only deteriorated further over accusations about the origins of Covid-19 and other issues including China’s imposition of a national security law on Hong Kong, perceived security risks posed by Chinese technology including mobile applications, and restrictions on and expulsions of journalists from each country operating in the other. After the US shut down the Chinese consulate in Houston, alleging it was being used as a base for economic espionage, China forced the US to close its mission in Chengdu.

Heightened tensions between US and China over the South China Sea have put stress on ASEAN’s neutral stance. In recent months, China has increased its presence in the disputed area, possibly motivated by an assessment that the US defense posture in the region had been weakened by the coronavirus. The Chinese coast guard has clashed with vessels from both Vietnam and Malaysia. The US has alleged that China is using the pandemic, when most of the claimant states are preoccupied with dealing with the crisis, to take forward its strategic ambitions. “We call on [China] to remain focused on supporting international efforts to combat the global pandemic and to stop exploiting the distraction or vulnerability of other states to expand its unlawful claims in the South China Sea,” the State Department said in a statement released in early April. China denied the accusation. “There is nothing to support the claim that China is using Covid-19 to expand its presence in the South China Sea," Chinese Foreign Minister Wang Yi countered in a press conference on May 24.

Since the pandemic started, most ASEAN countries have had to divert funds to the coronavirus response effort. Indonesia, for example, reallocated nearly US$588 million from its defense budget. Thailand reduced its defense spending by US$555 million, channeling the money to public health. Other ASEAN countries have followed suit, limiting their capacity to maintain regular military patrol and law enforcement.

China moves in the South China Sea have prompted the US to step up its presence in the area. After Malaysia issued strenuous criticism of China’s “nine-dash line” claim to, Secretary of State Mike Pompeo recently called the Indonesia and Singapore foreign ministers to reiterate American support for Southeast Asian states upholding their sovereign rights and interests under international law, underscoring Washington’s opposition to Beijing’s efforts to use coercion to push what the US views as unlawful maritime claims. Indonesia, which has clashed with China over areas off its Natuna islands, and Singapore reaffirmed their neutrality in the dispute. Indonesian Foreign Minister Retno Marsudi said that the pandemic was her country’s priority, thanking the US for its assistance with ventilators and the promise of a vaccine.

On July 13, Pompeo would articulate a much sharper US position, denouncing Beijing’s claims in the South China Sea as “completely unlawful”, scouring China for its “campaign of bullying to control offshore resources. He gave full support to the Permanent Court of Arbitration’s ruling in support of the Philippines’ case that the Chinese claims went against international maritime law.

Pompeo’s full-throated support for the 2016 arbitral judgement against China highlighted how the Philippines has become the prime example of an ASEAN country torn apart in the midst of the US-China competition. The growing intensity of the rivalry has made neutrality a trickier and more treacherous position to maintain. The desire to maintain a Pax-Americana status quo contends with the obvious fact of China’s rise as an economic power, source of trade and investment, and with the pandemic, urgently needed humanitarian assistance. 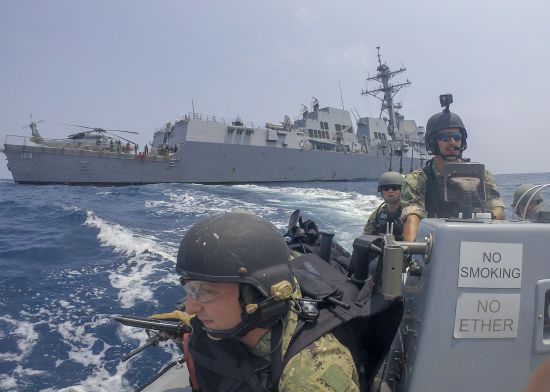 Even as President Rodrigo Duterte has repeatedly praised Chinese leader Xi Jinping for providing medical and other Covid-19 assistance to the Philippines, Manila has been reasserting its South China Sea claim, prompted by Chinese moves, most recently to declare a section of territory claimed by the Philippines to be part of China’s southernmost province of Hainan. Known for his mercurial personality, Duterte in recent months has blown hot and cold on China’s behavior in the South China Sea, sometimes appearing conciliatory, sometimes openly caustic. With the US, the president has been similarly ambivalent, vacillating between terminating and then reversing the withdrawal from the Visiting Forces Agreement with Washington that allows for US military deployment in the Philippines.

Can ASEAN neutrality withstand the push-and-pull of the major-power quarrels, what some are calling a “new Cold War”? While China’s presence in the region is likely to grow and the US is expected to expand its engagement as a way to challenge Beijing’s influence, ASEAN member states may struggle to maintain the middle ground – its centrality in the region – or at least the appearance of impartiality as the US and China clash.

The wooing will be intense. In the wake of Pompeo’s tough talk on the South China Sea, China conferred with ASEAN officials to express concerns about the increased risk of conflict in the disputed area. In a meeting on Hainan on August 20, Chinese Foreign Minister Wang and his Indonesian counterpart Marsudi agreed that ASEAN and China should work to conclude a code of conduct (COC) in the South China Sea as soon as possible. Vietnam, the current ASEAN chair, had been expected to push for agreement on a COC as soon as next year, but the pandemic has hindered progress. The task of moving the negotiations forward will now fall to Brunei, next year’s chair.

While a new US administration in January could also change the geopolitical dynamics in the region, the US and China are likely to remain engaged in their tug of war. Some countries may openly lean one way or the other – Cambodia has in recent years developed a dependency relationship with China, for example. “Asia-Pacific countries do not wish to be forced to choose between the United States and China,” Singapore Prime Minister Lee Hsien Loong wrote recently in Foreign Affairs. “They want to cultivate good relations with both. They cannot afford to alienate China, and other Asian countries will try their best not to let any single dispute dominate their overall relationships with Beijing. At the same time, those Asian countries regard the United States as a resident power with vital interests in the region.”

But if the US-China rivalry intensifies into a bitter Cold-War enmity, ASEAN countries might well have to make difficult strategic choices. 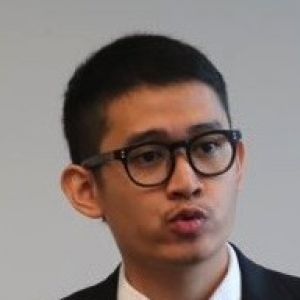