China, Russia and the EU: Forging a Cooperative Relationship in the Eastern Partnership Region

For Russia, China’s Belt and Road Initiative is less of a threat than an opportunity. Moscow is receptive to the BRI’s ability to help create a multipolar world as it bolsters China’s global stance to counterbalance American hegemony, argues Elkhan Nuriyev of Leipzig University in Germany. The Kremlin also views the BRI as a means to attract Chinese investment and foster renewed Russian influence over the European Union’s eastern zone. 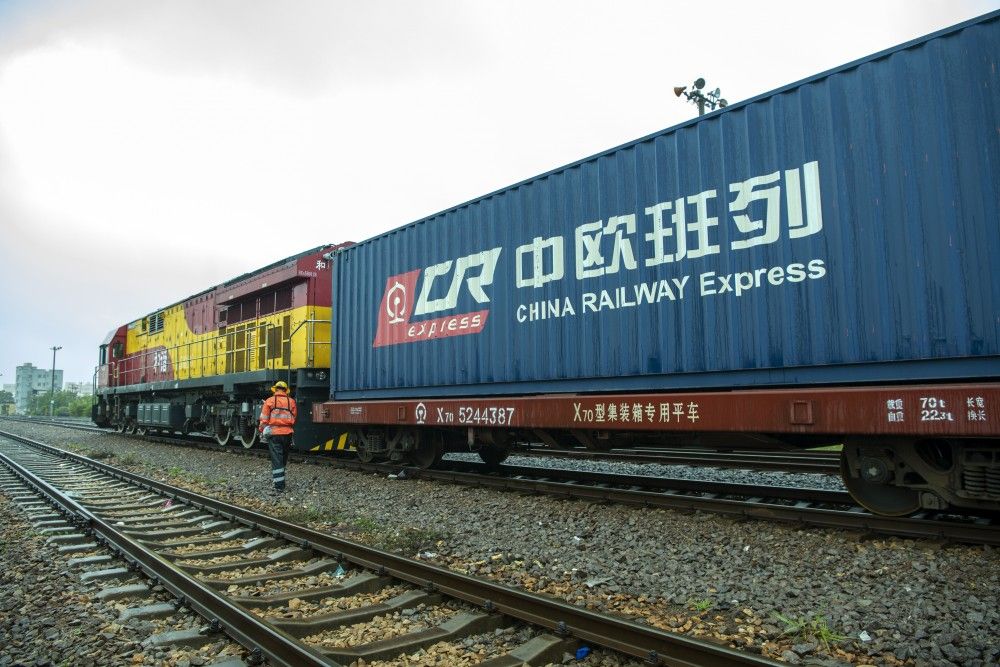 Chinese freight train in Xiamen – Next stop, Europe!: An important buckle of the Silk Road Economic Belt, the land component of the Belt and Road Initiative, is the Eastern Partnership region (Credit: 中國鐵路南昌局集團有限公司)

One of the important buckles of the Silk Road Economic Belt – the overland component of China’s ambitious Belt and Road Initiative (BRI) – is the Eastern Partnership (EaP) region, which represents an essential link between Asia and Europe. Developing this stage means enhancing commercial relations with six partner countries and an infusion of investment funds in several emerging-market economies. It is also a contested neighborhood where China, Russia and the European Union (EU) have different approaches to the dynamics of regional integration. Amid the current intricacies of the China-Russia-EU triangle, these differences have an impact on the post-Soviet states, which have taken advantage of the opportunities that several cooperation initiatives offer. 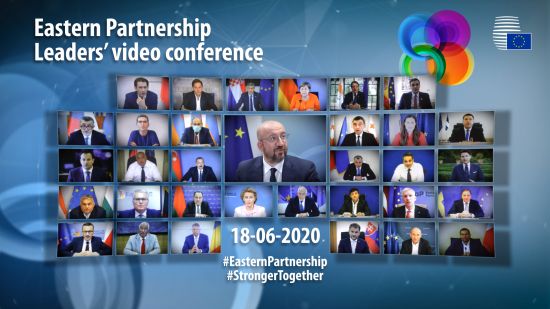 Limited involvement and selective engagement with the Moscow-driven Eurasian Economic Union (EAEU), the Brussels-led Eastern Partnership (the EaP, which includes the EU, Armenia, Azerbaijan, Belarus, Georgia, Moldova and Ukraine) and the Beijing-sponsored BRI have enabled incumbent regional leaders to balance the ambitions of Russia, the EU and China and to reduce external influences to a minimum by playing them off against each other. But even if the Chinese presence remains modest, compared with that of Russia and the EU, Beijing’s model of integration based on its intense promotion of the BRI, complete with big promises to invest in many different sectors, serves as a vehicle of China’s economic expansion, which is helping the EaP states improve their infrastructure and boost their involvement in global trade.

The BRI is increasingly perceived in wider geopolitical terms, especially when considering that China’s flagship project promotes a new Eurasian geo-economic order aimed at integrating participating nations. Examining Russia’s and the EU’s perspectives on the BRI and its outlook in their shared neighborhood is of greater interest here. In effect, China’s increased economic involvement in the EaP region is strongly connected to Beijing’s relations with Moscow. China is somewhat ambivalent toward the regionalization of emerging market economies and at times unable to foster stronger regional ties because its pure economic power is still not sufficient.

One possible explanation for this lack of affinity may be that there is a “civilizational difference” of “cultural barrier” between China, which does not have any clear strategic intentions in the post-Soviet territory, and the EU’s Eastern neighborhood. By contrast, EaP leaders and Russian counterparts have certain ingrained affinities, not least that they were educated during Soviet times. They speak a common lingua franca, have close personal ties, and share a similar understanding of the geopolitics of the region, not to mention Russia’s centuries-old influence over the economics, politics and security of the area.

China and Russia: A convergence of interests

Without doubt, China-Russia relations are crucial to understanding the nature of their impact on regional cooperation. At present, there is a profitable convergence of strategic Sino-Russian interests. China seems to have implicitly recognized Russia’s privileged position in post-Soviet Eurasia. In response, Russia has appreciated the BRI’s positive potential and is adopting a conciliatory approach to China’s vigorous push in the EU’s EaP region, particularly following Western sanctions which led Moscow to depend more on Beijing. This is, however, more due to strategic compulsions than a conscious choice. For Russia, the BRI is conducive to the creation of a multipolar world as it bolsters China’s global stance to counterbalance American hegemony. Russia also views the BRI as a means to attract Chinese investment in its economy and, perhaps most critically, as a source of significant transit revenues from trans-Eurasian rail freight.

Simultaneously, the EAEU and the BRI appear more complementary than mutually exclusive. A major goal of the BRI is to merge with the EAEU, which gives Russia a competitive advantage in trans-Eurasian land transit because freight traversing the EAEU must pass customs only once between China and the EU. To take greater advantage of trans-Eurasian freight routes under the BRI, Russia supports efforts toward regulatory convergence and soft infrastructure development in Eurasia. Moscow is also working to promote coordination between multilateral institutions to make available stable, long-term financing for the BRI’s capital-intensive components. However, the implementation of the EAEU and the BRI could trigger future geo-economic and geopolitical competition between Moscow and Beijing. 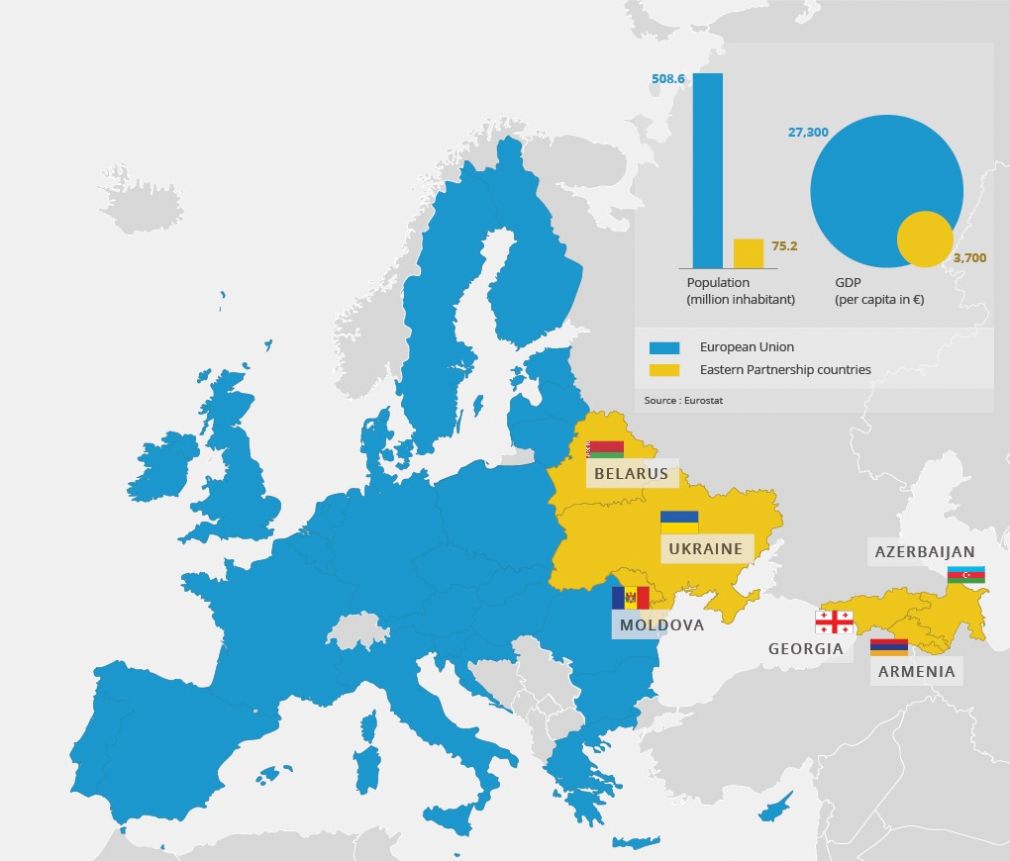 For its part, the EU views the BRI in its Eastern neighborhood neither negatively nor unconditionally positively. The BRI’s two economic corridors in Central Asia and South Caucasus complement Brussels’ vision of trans-Eurasian connectivity, though they are not coordinated with the EU. While highlighting opportunities and challenges for the European transport system, Brussels also emphasizes the weaknesses of these corridors, arguing that the New Eurasian Land Bridge is economically feasible but geopolitically hazardous in the context of the current alienation between the EU and Russia. The China-Central Asia-West Asia Economic Corridor, on the other hand, is more expensive but geopolitically safe. Both corridors, however, account for a tiny share of total EU-China trade.

Furthermore, China may enter into competition with the EU for access to Caspian Sea energy resources. Chinese companies may be interested in buying Azerbaijani gas within the BRI if – and it is a big if – an agreement on laying a Trans-Caspian gas pipeline is concluded between Turkmenistan and Azerbaijan. The BRI may thus bring economic growth and help consolidate the region’s stability. But this will occur only if BRI-related projects do not undermine implementation of sustainable reforms in the six participating countries, which the EU promotes through its EaP policy. The EU could also respond by crafting a new model of protective integration. For this purpose, however, Brussels should strongly support the creation of a new business and trade alliance, a unique network of enterprises in the EaP region, aiming to make regional trade and connectivity simpler and better. This implies that Eastern European companies should be given proper representation in the EU business circles to promote their project ideas in the fields of industry, energy and trade.

Obviously, China’s geopolitical status is rapidly changing. This is becoming particularly relevant today because Covid-19 has accelerated the US-China strategic rivalry and the prospect of new sanctions hangs over China. Beijing’s growing influence in Eurasia has the potential to create new geo-economic divides, especially as the pandemic has further stirred anti-China sentiments that had already taken root in Western countries.

Even so, China has benefited from the current crisis by exploiting the lack of cohesion and erratic foreign policy among key European powers. Beijing has used an opportunity to strengthen its reputation in the EaP countries by providing medical materiel and expertise in dealing with the coronavirus. EU member states, meanwhile, have not coordinated with each other to craft achievable policy goals, while Russia and China are strengthening their strategic cooperation, putting forward joint narratives and moving closer to creating their own Eurasian security alliance to compete with the West.

The path to trilateral cooperation

It is still unclear how China’s set of BRI-related projects will be interconnected as they depend mainly on expanding political relations with various EaP states pursuing different foreign-policy goals. A key question hinges upon how Beijing will use political leverage gained through the BRI in the post-Covid-19 era. But despite these uncertainties, the Chinese investment drive will remain eye-catching to the EaP countries because the BRI has the potential to contribute significantly to wider regional economic development.

Perhaps most important is that China, Russia and the EU should think strategically about working out a new cooperative relationship formed within an agreed multilateral framework of rules that would foster a common system aimed at imposing responsibilities and restraints on Moscow, Beijing and Brussels. Their capacity for constructive triangular cooperation will determine whether the EaP countries make tangible progress on sustainable regional development and successful integration into the global economy.

Germany’s release in early September of an Indo-Pacific strategy that calls for strengthened relations with democracies in Asia was seen as a shift to de-emphasize Berlin’s – and by extension, Brussels’s – relations with Beijing. The September 14 EU-China virtual summit, hosted by German Chancellor Angela Merkel, was nonetheless an encouraging step forward, as the two sides demonstrated their firm commitment to continue strategic discussions on a wide range of regional and global problems, including the responses required to tackle the immediate challenges posed by Covid-19.

As for the state of the EU-Russia side of the triangle, attempts by Moscow and Brussels to resolve the Belarus conundrum have been in encouraging. In recent months, the flurry of communications between Russian President Vladimir Putin and several EU leaders may be a good sign, though the apparent poisoning on August 20 of Russian opposition figure Alexei Navalny, now under treatment in Germany, has prompted calls for Berlin to terminate the controversial gas pipeline project with Russia, something the US would like to happen. Creating a trilateral cooperative framework for the Eastern Partnership region was never going to be easy. 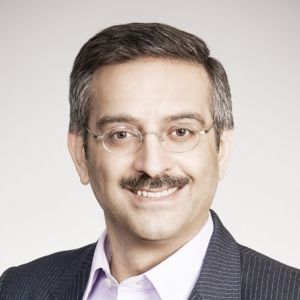 Elkhan Nuriyev is an Eastern Europe-Global Area (EEGA) fellow at Leipzig University. From 2019 to 2020, he was a Humboldt senior fellow at the Center for East European and International Studies (ZOiS) in Berlin. He is a global energy associate at the Brussels Energy Club and a senior expert on Russia, Eastern Europe and Central Asia at L&M Political Risk and Strategy Advisory in Vienna. Born in Azerbaijan, he is also a long-time expert member of the Partnership for Peace (PfP) Consortium’s Study Group on Regional Stability in the South Caucasus at the George C Marshall European Center for Security Studies in Garmisch-Partenkirchen, Germany. He received his PhD in political science from the Russian Academy of Sciences in 1996.