Waiting, and Waiting, for the Global Renminbi

Just a few years ago, the renminbi seemed destined to become one of the world’s most significant currencies. However, its attractiveness has plunged as international investors seek currencies with legal security, ease of use and, critically, unrestricted convertibility. 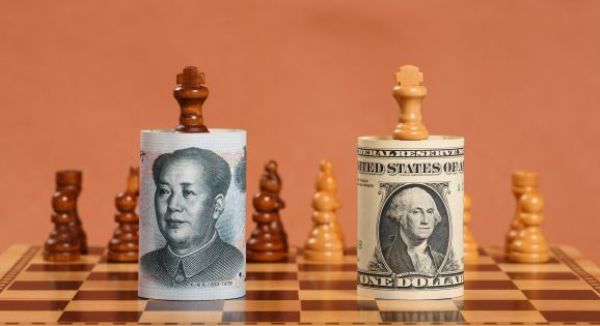 “Great powers,” says the Nobel-laureate economist Robert Mundell, “have great currencies.” So where is China’s?

In the years following the 2008 financial crisis, things seemed to be looking up for the renminbi. By the middle of 2015, almost 30% of China’s trade was being settled in renminbi; Hong Kong banks were holding some RMB 1 trillion worth of yuan-denominated deposits; and there was life in the dim sum bond market, with issuance running close to the equivalent of US$10 billion per month. That year was also the year the International Monetary Fund (IMF) announced that the renminbi would become one of currencies that underpin its own reserve asset, the special drawing right (SDR). Almost by definition, this step seemed to confer on the renminbi something like the status of a global reserve currency. So the renminbi seemed, to most observers, to be firmly on a path toward real international relevance.

In the past three years, though, grounds for optimism about the renminbi’s global role have proven to be decidedly fragile. These days, the share of China’s trade that is settled in renminbi is less than half of what it was in 2015; the stock of yuan-denominated deposits has fallen to just over RMB 600 billion; and dim sum bond issuance late last year was down to US$1 billion per month.

It turns out that all the enthusiasm back then about the renminbi’s future was guilty of what philosophers call a “category mistake.” What most people saw as evidence of the renminbi’s internationalization was, in fact, simply evidence of something else: an accumulation of speculative positions built on the expectation that the renminbi was going to rise in value. As the renminbi weakened after mid-2015, so too did the market’s willingness to own it and use it.

These days, the share of China’s trade that is settled in renminbi is less than half of what it was in 2015.

That’s hardly the mark of a global reserve currency. International investors want to own dollars or euros, for example, not just because they expect these currencies to strengthen, but because they offer legal security, ease of use, and critically, unrestricted convertibility into any other currency. And it is questions surrounding the renminbi’s full convertibility that are likely to stunt its growth as a global currency for the foreseeable future.

It just happens to be a fact of life of the current international monetary system that the definition of a reserve currency implies a fully convertible one. The problem is that recent years have seen the Chinese government pivot away from the idea that the renminbi should be a fully convertible currency.

What “managed convertibility” means, above all, is that the Chinese authorities assert a right to use their discretion to make decisions about which kinds of inflows and outflows are “good,” and which are “bad.” This assertion of the competence of policymakers seems to fit right in with what most people understand as a revival of the party-state under President Xi Jinping. And the use of this discretion was on full display in late 2016 and early 2017, when Chinese authorities imposed heavy restrictions on the outflow of capital from China. While Chinese policymakers seem interested in the internationalization of the renminbi, they appear less interested in its liberalization. But in the international monetary system we’re saddled with, it’s the latter that counts.

The effort that Chinese regulators have recently made to open up China’s securities markets won’t do much to change things. Even if the inclusion of Chinese bonds in the three main global indices—belonging to Bloomberg-Barclays, J.P. Morgan, and FTSE Russell—brings in a few hundred billion dollars worth of portfolio inflows over the next couple of years, this doesn’t have any real bearing on the renminbi’s future as a global reserve currency. After all, foreigners own some 40% of the Indonesian government’s rupiah-denominated debt, and no one would claim that the rupiah is on course for any global significance.

This assertion of the competence of policymakers seems to fit right in with what most people understand as a revival of the party-state under President Xi Jinping.

The good news, in the end, is that there is no law of nature that requires a reserve currency to be a fully convertible one; it simply depends on convention, or the norms that happen to prevail at a particular time. The Bretton Woods international monetary system that was set up at the end of World War II, for example, had capital controls at its very center. The United Kingdom had capital controls until 1979, and it wasn’t until 1989 that France finally lifted the restrictions on its citizens’ ability to open bank accounts abroad.

Incidentally, it was a remnant of the Bretton Woods system that helped to build the case for the renminbi’s inclusion in the IMF’s SDR basket a few years ago. The IMF’s carefully-phrased criterion for a currency to become part of the SDR basket was that it should be “freely usable,” which is certainly not the same thing as fully convertible. We know that’s true because the IMF first adopted the term “freely usable” back in 1978 when plenty of big countries still had Bretton Woods-era controls in place.

What all this means is that it might be possible one day for China to have its cake and eat it—in other words, for the renminbi to be a truly global currency and yet for China to retain a discretionary approach to managing the capital account—but it will probably take a Bretton Woods-like renegotiation of the international monetary system to get there. Don’t hold your breath.

In any case, history strongly advises patience when it comes to the emergence of new super-currencies. The United States overtook the U.K. as the world’s largest economy sometime around the mid-1850s. And though the dollar did start becoming a grown-up global funding currency after World War I, it is worth remembering that even as late as 1947, sterling accounted for 87% of global foreign exchange reserves. Currency power, in other words, has a strong sense of inertia, even when transferring from one English-speaking, liberal, Western country to another.

None of this is to say that international use of the renminbi won’t rise in the future. It almost certainly will, and especially in Asia, where trade integration with China has already increased movement among the region’s currencies and the renminbi. The greater that movement becomes, the more likely it is that the renminbi becomes the natural vehicle for trade settlement. But it also seems quite likely that China will remain attached to its preference for “discretion” in its management of the capital account over the “rule” that pretty much allows everyone to do everything with a reserve currency. As long as that is the case, we will have to keep waiting for the emergence of China’s “great currency.”

David Lubin is a managing director and head of emerging markets economics at Citi, an American bank. He is also an associate fellow in global economy and finance at Chatham House. His book, “Dance of the Trillions: Developing Countries and Global Finance,” (Chatham House/Brookings Institution Press) was listed by the “Financial Times” as one of the best economics books of 2018.