China and the Quad: Challenges for Southeast Asia

As each ASEAN country has its own position on China and the Quad, Southeast Asia risks being torn between great powers. Greater ASEAN unity and higher economic growth are needed to protect the region’s interests. 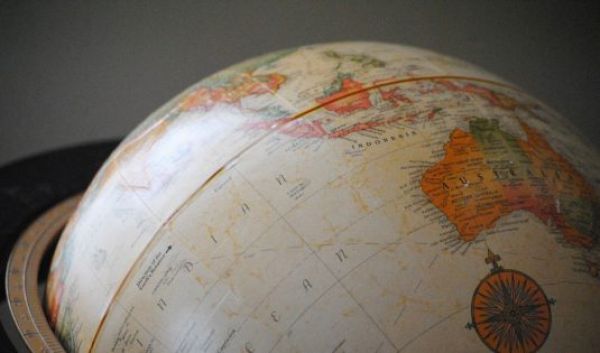 The Quadrilateral Security Dialogue, or "the Quad" (US, Japan, Australia, and India), is widely regarded as a counter to China’s rising wealth, power, and ambitions. ASEAN countries are seemingly caught in the middle of this great power tug-of-war. What are their options in this predicament?

ASEAN May Not Be in Consensus on China and the Quad

ASEAN may pride itself on its consensus-building principles, but when it comes to China and the Quad, the region is a complicated web of intersecting and diverging interests.

Malaysia, Laos, and Cambodia are drawing closer to China economically. Meanwhile, China has increased its economic and political influence in Vietnam, causing some political pushback within the country. The Philippines replaced the pro-Western Aquino administration with that of the Beijing-friendly strongman Rodrigo Duterte.

ASEAN countries are seemingly caught in the middle of this great power tug-of-war.

Thailand and Indonesia are traditionally friendly with the West and Japan, though they are now collaborating with Beijing on high-speed railways and other economic projects. Singapore maintains friendly relationships with the major powers by adhering to its principles of "small state survival."

So it is clear that ASEAN countries have varied, complex relationships with China and the Quad countries. For this reason, some argue that ASEAN is divided and cannot speak with a common voice. However, others contend that the ASEAN imperative to seek consensus makes the organization more capable in handling relationships with the great powers.

China and the Quad: A Complicated Relationship

The Quad was born of its member countries’ efforts to pool together resources to help the victims of the 2004 Indian Ocean earthquake and tsunami. Due to the four countries’ shared concerns about the balance of power in Asia, the Quad has been seen by some as showing the promise of a strategic partnership. Proponents of the Quad champion an “Indo-Pacific strategy,” bringing the active participation of South Asian giant India to the traditionally East Asian-centric Pacific sphere of influence.

The Quad countries’ common interests, including their anxiety about the rise of China, hold them together. India is concerned about China’s relationship with Pakistan and incursions by China into what India considers as its sphere of influence. Japan is worried about China’s claim on the Senkaku Islands (known as the Diaoyu Islands to the Chinese), which are effectively under Japanese jurisdiction. Japan is also wary of anti-Japanese sentiments in China that are always simmering and sometimes boil over. Australia is uneasy about the idea that it is overdependent on China economically, as well as encroaching Chinese influence on Australian society and politics.

The Quad countries share a common anxiety about the rise of China. Yet, all four also have economically symbiotic relationships with China.

Yet, all four Quad countries also have economically symbiotic relationships with China. To the US, China is a vital buyer of Boeing jetliners, soybeans, information technology products, and treasury bonds. Japan enjoys the perks of “explosive buying” by Chinese tourists, and China is the world’s second-largest consumer of Japanese exports. Australia has benefited hugely from China’s economic growth, with China purchasing Australian commodities and mineral resources. China’s Asian Infrastructure Investment Bank funds coal plants and other projects in India, and the two countries are cooperating on the BRICS (Brazil, Russia, India, China, South Africa) Development Bank.

Are ASEAN Countries Caught in the Middle?

ASEAN countries are acutely aware of the deepening contest for power and influence between China and the Quad. But they are also aware of the economic interdependence of the five countries.

The ultimate fear of ASEAN countries is a return to a Cold War scenario, where individual countries are compelled to choose one side over another.

Hence, Russia adds another layer of uncertainty for ASEAN, as its issues with the US and the EU, such as the economic sanctions resulting from the annexation of Crimea, push Russia closer to China. China is already buying advanced weapons from Russia due to Western restrictions on military sales to the country.

The ultimate fear of ASEAN countries is a return to a Cold War scenario, where individual countries are compelled to choose one side over another.

ASEAN countries have some choices in managing their relationships with China and the Quad. One can be termed the “parallel universes” choice: ASEAN countries would maximize their national interests by working with the Quad on some issues and China on others. They could then juggle different interests and modulate their relationships with the two sides accordingly. The best-case scenario could see ASEAN emerge as a neutral organization acceptable to all as a moderator, convenor, and force bringing the region together.

Another choice involves the separation of economics and politics and the strengthening of ASEAN unity. In this scenario, ASEAN countries would trade with all major powers and economies, regardless of their affiliations. At the same time, they would build up ASEAN’s intra-regional economy with the goal of becoming an integrated bloc that could speak with a stronger voice and exert bargaining power when dealing with the major powers. ASEAN unity is key in fulfilling this scenario.

With greater economic clout, the region would stand a much better chance of advancing its interests in the midst of competition between China and the Quad.