Extensive and intensive agriculture is being questioned in various parts of the world for its environmental and social costs. But in China, a series of food safety scandals have led the Chinese dairy industry to move towards large integrated farms run by a handful of mega-producers. 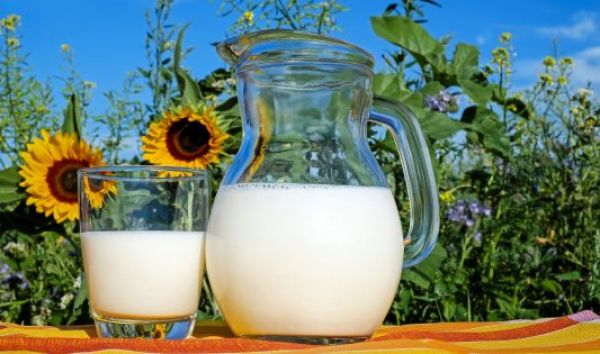 One hot summer day in the early 1990s, I traveled to Beijing to see a well-heeled friend, who met me at the train station holding an ice cream cone. This was a real treat. Living in a provincial capital, I hadn’t seen ice cream in over a year. Yogurt was rare, and milk was only available as powder.

The significance of this transformation cannot be overstated. As of 2007, China was the world’s third-largest dairy producer. It is expected to overtake the United States as the largest consumer of dairy products this year.

The stunning growth of China’s dairy sector affects not only individual and environmental health, but also the political importance of mega-producers like Mengniu and Yili, which together control more than half of the domestic market.

Birth of an Industry

China’s dairy industry dates from the late 19th century, when Western and Chinese entrepreneurs imported industry knowledge and dairy cattle, including the iconic black-and-white Holstein, to coastal cities like Shanghai and Qingdao. After 1949, the new government took steps to develop the industry, investing in breeding programs to grow the national dairy herd, and in facilities to sterilize and process fresh milk.

Even then, dairy remained a scarce commodity, allocated to special users like hospitals and nurseries. During the 1960s, families with infants could receive ration coupons for one jin, roughly one pint of milk, per day. Ordinary consumers shared far less. In 1958, China’s annual average milk consumption was only 2.5kg per capita, barely one percent that of the Soviet Union.

In 1993, Chinese consumers drank an average of 5.4kg of liquid milk per capita. Ten years later, that number had more than tripled to 18.6kg.

The reforms of the Deng Xiaoping era reinvigorated the Chinese dairy industry by returning dairy cows to farmers, raising the low state purchase price, and eventually allowing the private sale of milk to dairies and processors. As production expanded in the 1990s, the sector attracted foreign partners. In 1990, Nestlé established a factory near Harbin, where it produced the Coffee-Mate creamer that for years was seen paired with bottles of Nescafé. Joint ventures with Danone, Dean Foods, Walls, Meiji, and Arla Foods soon followed.

The introduction of UHT (ultrahigh temperature) packaging in the mid-1990s made it possible to cheaply ship liquid milk to the whole country. Consumer spending followed. In 1995, residents of Shanghai and Beijing spent between 1.5 and 2% of their household income on dairy products, while those in inland provinces spent only around 0.5%. Within 10 years, the gap between provinces had largely disappeared, bringing the national average to 1.7%. In 1993, Chinese consumers drank an average of 5.4kg of liquid milk per capita. Ten years later, that number had more than tripled to 18.6kg.

New ChallengesChina’s dairy transformation accelerated in the new century. After its 2001 entry into the World Trade Organization, China opened its market to foreign milk products, such as inexpensive milk powder from New Zealand. In the face of this new competition, the Chinese government encouraged the consolidation of smaller dairies into ever-larger “dragon head” companies. The two largest of these, Yili and its offshoot and main competitor Mengniu, are both based in a suburb of Höhhot, now known as China’s “dairy city.” Well-capitalized (including significant foreign investment) and enjoying both economies of scale and government cooperation, these large companies captured the majority of China’s dairy market. As demand began to level off around 2003, the beginnings of a price war further winnowed the field of domestic producers.

It was at this time that a series of increasingly severe safety scandals began to emerge. Since the 1980s, Chinese newspapers had been reporting on farmers and dairies who cut costs by adding water to milk. In 2004, makers of milk powder in Fukang were caught selling infant formula that had been stripped of nutrients, producing severe malnutrition and lifelong developmental problems in dozens of children.

The defining moment was the crisis of 2008, when it was revealed that significant amounts of processed milk had been adulterated with the industrial chemical melamine, which mimics protein in laboratory tests. Although the poisoning was officially laid at the feet of the state-owned Sanlu Group, there was a wide consensus that the addition of melamine to mask the watering of milk was in fact endemic throughout the industry, which relied on long and poorly supervised production chains. Even giant processors like Mengniu and Yili had sourced most of their milk from small farmers, many of whom had little experience in the industry, and were adversely affected by the high cost of feed, and low prices paid to farmers. The damage was felt nationwide, with nearly 300,000 infants sickened, of whom at least six died of renal failure.

There was a wide consensus that the addition of melamine to mask the watering of milk was in fact endemic throughout the industry, which relied on long and poorly supervised production chains.

The 2008 scandal was felt across the entire food industry. The cost of victim compensation drove Sanlu (in which New Zealand’s Fronterra had recently purchased a 43% stake) to bankruptcy. Although officially cleared of wrongdoing, the two largest dairy producers lost 80% of sales in the first weeks after the crisis, and together suffered direct losses estimated at half a billion dollars. Driven on by the wave of consumer outrage, the Chinese government acted quickly. To address the high cost of animal feed, the “Feed for Food” program opened vast areas of Jilin and Heilongjiang to corn production. In addition to new inspection protocols (including a new test for melamine), regulators enacted the 2009 Food Safety Law, that, amongst other provisions, demanded that end-enterprises establish standards to assure the integrity of their entire production chain.

The Path Towards Mega-Producers

One clear effect of these reforms has been the growth of mega-dairies. Having demonstrated the risk of outsourcing production to private farmers and middlemen, the melamine crisis drove producers to consolidate production. The 2008 Dairy Consolidation and Development Program increased state support for these large-scale enterprises, and set growth targets for farms with more than 100 dairy cows. As of 2013, 25% of dairy farms had over 500 head of cattle. Of these, some have grown to tens of thousands of head, a rarity even in the United States or Australia. A single Chinese dairy located on the Russian border holds a scarcely imaginable 100,000 head of cattle in a single facility, making it by a wide margin the world’s largest dairy producer.

Clearly, the corporate world is betting on the recovery of the large producers. The pace of acquisitions and cross-investment recovered quickly in the years following the scandal, with major names like the French multinational Danone significantly increasing their stake in China’s major players.

A single Chinese dairy located on the Russian border holds a scarcely imaginable 100,000 head of cattle in a single facility, making it by a wide margin the world’s largest dairy producer.

One reason for this is that China’s dairy industry has important political stakeholders. The largest milk companies have cultivated a public image as good “corporate citizens,” donating milk to primary schools in the poorest areas of the country, as well as throwing their considerable corporate resources behind the sponsorship of state priority programs such as relief programs for earthquake victims, ecological campaigns, and the 2022 Winter Olympics. The industry is especially crucial to poverty alleviation and economic development in Inner Mongolia.

Even if poor management and scarce resources leave Chinese dairy production much more expensive than that in Europe or New Zealand, the Chinese government remains committed to supporting the domestic industry as much as possible, both in the interest of food security, and with the long-term goal of developing the domestic sector and the visibility of China’s food brands.

This article is adapted from Thomas DuBois and Alisha Gao’s “Big Meat: The rise and impact of mega-farming in China’s beef, sheep and dairy industries” in Japan Focus-Asia Pacific Journal, volume 15, issue 17.