U.S. Left Behind as China Takes Lead in Carbon Pricing

Carbon pricing has been widely considered for the past 25 years as a useful tool to help combat climate change. Adoption has progressed, but the pace has been glacial. As the U.S. retreats from climate change leadership, China, as shown by its embrace of emissions trading, is stepping in to fill the vacuum. 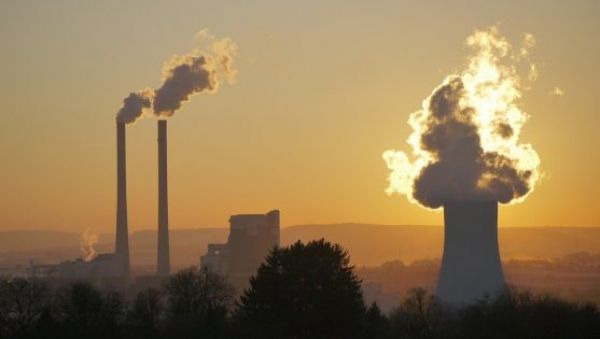 Climate change has been the subject of intense public policy discussion for at least 25 years, since the 1992 landmark Earth Summit in Rio de Janeiro, during which the United Nations Framework Convention on Climate Change was set. That convention is still in place, and underpins all official international policy on climate change.

But do we have 25 years of progress to show for it? That is doubtful, given today’s frightening statistics on increasingly unpredictable weather. We have become much more efficient in our energy use, but greenhouse gas emissions are still rising in many parts of the world. In particular, carbon pricing has been considered a promising tool at least since Rio, but it is a vivid case of how coherent public policy cannot form if there are too many false starts and erratic commitment levels.

The Birth of Cap-and-Trade

In sum, a carbon price tries to capture and reflect the hidden costs of greenhouse gas emissions—the amounts of money that would apply if emitters had to pay for indirect costs resulting from climate change, such as flooding, lost work days when power fails in storms, or even healthcare costs if people suffer heat exhaustion.

Cap-and-trade sets up a market competition among emitters, who all go on an agreed “carbon diet”—an official maximum of emissions. Emitters are issued a basic allowance and those who do not use up their entire allowance may sell their surplus to emitters who exceed their allowance. As long as buyers and sellers all remain below the official cap, overall emissions are reduced.

Cap-and-trade was invented in the U.S. and embedded in amendments to the Clean Air Act in 1990. Economist Richard L. Sandor spoke about this precedent in 1992 at the Rio Summit, and suggested that cap-and-trade could be adapted to address climate change. In 1997, the Kyoto Protocol, a treaty within the U.N. Framework Convention, anticipated such a system, but in the U.S., the Clinton-Gore administration got cold feet, and pulled support at the last minute. The European Union, on the other hand, which had no experience with cap-and-trade, courageously set up the European Union Emissions Trading Scheme (EU ETS), which is still important today.

Coherent public policy cannot form if there are too many false starts and erratic commitment levels.

Without a mandatory U.S. policy, carbon trading remained a hard sell in the world’s biggest economy. But Sandor, undaunted, took on the challenge. By 2003, he was well known around the world as the “father of financial futures.” He had established the Chicago Climate Exchange (CCX), and soon I joined him as executive vice president for recruitment and public policy and president of the international division. CCX was a voluntary but legally binding system, and we recruited numerous early adopter companies. These companies understood that to illuminate the hidden costs of greenhouse gas emissions was to be better prepared for the day when emissions would be controlled worldwide—a day they expected to come relatively soon.

Sandor and I then decided to try to expand to China. Together, we spearheaded the landmark joint venture with the China National Petroleum Corporation and the city of Tianjin to create China’s first carbon market pilot program, the Tianjin Climate Exchange (TCX). Opened in 2008, 16 years after Rio, it likely triggered the creation of similar pilots around China. We were thrilled at our breakthrough. Soon, official U.S.-China collaboration gained more momentum, as the Obama administration announced its Clean Power Plan and China revealed its plans to establish a national cap-and-trade. Both initiatives were highlighted in 2015 when the now-famous Paris Agreement, another treaty within the U.N. Framework Convention, was reached and subsequently signed by all the nations in the world (except the Holy See, owing to its observer status within the framework).

Now, three years later, the U.S. Clean Power Plan has been torn up by the Trump administration, which also seceded from the Paris Agreement, leaving the U.S. standing alone outside the global consensus, and trashing decades of effort and principle.

China has well understood that expertise in carbon markets will build capacity for other commodities trading.

But, what time takes away, it can also give back. While the U.S. retreats from the global stage on climate change, China has catapulted into leadership. It has so far stuck with its plans for a national ETS, which will focus at first on the energy sector and will likely become economy-wide over time. The only variable, perhaps, is whether China will wait to see who wins the U.S. presidency in 2020 before actually beginning the ETS—using China’s leadership as a bold example to pull a new administration back into the Paris Agreement.

China has also well understood that expertise in carbon markets will build capacity for other commodities trading, expanding the country’s capacity to design new financial instruments and enhancing the strength of its financial service sector overall. And while some denigrate cap-and-trade as providing a “license to pollute,” China has understood that with the correct public policy oversight, a cap-and-trade system can ratchet down emissions and stimulate new technological innovation at the same time.

Meanwhile, in the U.S., as the national government flounders, California and several northeastern states seem committed to stay the course with their regional cap-and-trade systems, which could potentially link with China’s system.

The world does not have another 25 years to address climate change.

But when will this vanguard become mainstream?

Although we cannot conceive the end of time, the world does not have another 25 years to address climate change. Somehow we have to speed up, to find ways to insulate public policy from our tendency to let too much time pass between bursts of imagination and action. Time itself may never run out, but our options will.

Paula DiPerna has deep expertise in the fields of climate change and green finance, through her work at the Chicago Climate Exchange (CCX) and Tianjin Climate Exchange (TCX). She is currently a special advisor to the CDP (formerly known as the Carbon Disclosure Project), as well as a prolific author, public speaker, media commentator, and filmmaker. She was a visiting fellow at Civic Exchange in Hong Kong in spring 2018.