Having built the world’s second-largest economy on the back of its mammoth manufacturing sector, China is now contending with not just environmental problems but also economic obstacles. Policies that make businesses greener can raise costs, and negative impacts on labor must be mitigated. 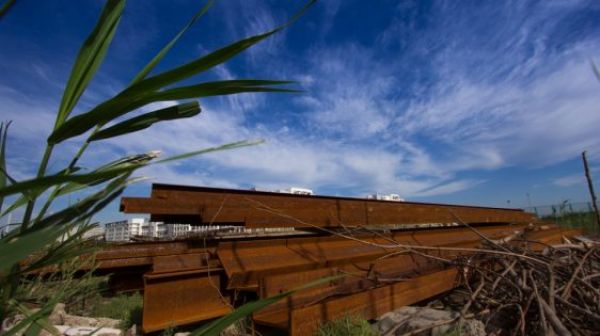 China has made substantial progress in reducing pollution, particularly since the start of the 11th Five-Year Plan in 2006. At the 2014 National People’s Congress, Premier Li Keqiang declared war on air pollution in China. In March 2017, he pledged to “make our skies blue again.”

There is, however, a flip side to this. Factories across the country are at risk of being shut down if they cannot meet the new, stringent environmental standards. It is estimated that 40% of factories in China have already been shut down, either temporarily or permanently, as a result of inspections by environmental officials. For surviving firms, pollution reduction measures incur steep increases to their production costs.

Will Pollution Control Cause Unemployment?

Unlike those in developed countries where cost and benefit analyses have long figured hugely in policy design processes, policymakers in developing countries such as China have only recently begun to pay attention to the potential costs of environmental policies.

Popular thinking goes that the Chinese government is facing a hard trade-off between job creation and environmental protection.

The Chinese government considers access to gainful employment an important pillar of society. Thus, it sees generating new employment opportunities as an overriding priority. Given the increasing intensity of environmental governance, China’s already-heavy burden of having to constantly create new jobs may become even heavier.

Popular thinking goes that the Chinese government is facing a hard trade-off between job creation and environmental protection. The economic reasoning behind this claim is that more stringent environmental regulation leads to higher production costs, causing companies to raise prices, thereby lowering demand for their products, thereby reducing demand for production resources, including labor.

But there are more nuances than this argument suggests. To satisfy the new environmental regulations, companies must install pollution abatement equipment or alter their production processes to produce less waste, which may require more or less labor than before. “End of pipe” techniques, such as installing flue gas desulfurization units, may require more labor to install, operate, and maintain, thereby having a positive effect on labor demand. By contrast, streamlining production processes, such as using more efficient boilers that generate less pollution, may reduce labor demand. There is a general-skill bias inherent in this type of technological change, leading to increasing pressure on low-skilled labor in particular.

Through studying the textile industry in Jiangsu province, we discovered that more stringent wastewater discharge regulations reduced the labor demand for textile printing and dyeing firms by about 7% compared with firms unaffected by such tight rules. We also found that the new standard had heterogeneous impacts on employment for different types of firms. In particular, we found that the new wastewater regulation reduced the labor demand of domestically-owned private firms by 7.4%. But it had little or no impact on state-owned or foreign-owned enterprises, as they are typically more protected by regulators and thus have less incentive to comply with environmental regulations.

A 1% reduction in sulfur dioxide (SO2) and chemical oxygen demand (COD, which quantifies the amount of oxidizable pollutants found in water) was found to cause a reduction in firms’ labor demand of 0.018–0.019%. This means that the environmental goals of China's 10th and 11th Five-Year Plans (10% reduction of SO2 and COD in each period) would have caused an employment loss in manufacturing industries of about 0.6%.

Further analysis showed that pollution control had negatively affected labor demand when it was conducted by using prevention techniques during production processes (e.g. technology upgrading). On the contrary, pollution control that consisted in the removal of pollutants at the end of the production process may call for additional workers and therefore exhibited positive (but statistically insignificant) effects on labor demand.

A 1% reduction in sulfur dioxide and chemical oxygen demand was found to cause a reduction in firms’ labor demand of 0.018–0.019%.

However, our results only represent a lower estimate of the number of job losses, since pollution reduction may result in the exit of firms and dissuade others from entry. Besides, in the long run, the distribution of labor between clean (e.g. renewable energy industry, research and development, and environmental protection industry) and dirty sectors, or regulated and unregulated regions, may change under environmental regulations.

Looking Ahead in the Tide of Environmental Protection

As China, as well as other low-income developing countries, continues to strengthen its environmental regulations, our research points out that the potential negative effects on employment, especially on low-skilled labor, should be carefully considered when analyzing the economic impact of these regulations and when planning for sustainable economic growth.

Based on our research, we suggest policymakers consider both benefits and costs (e.g. unemployment) when designing emissions reduction targets. Policymakers can also develop supporting policies to reduce adverse effects on vulnerable firms and workers. Although the workers could find jobs in other sectors or regions, unskilled workers would bear a disproportionate part of the economic costs associated. Supporting policies like reemployment training and financial support are needed.

Also, we suggest more heterogeneous labor effects should be explored in the near future. To identify which types of workers may be more vulnerable to environmental regulation, it is particularly important to examine the effects of environmental regulation on the demand for different types of workers (e.g. male and female, experienced and non-experienced, skilled and unskilled, highly educated and less educated).

Bing Zhang is a professor of environmental governance and policy analysis at the School of Environment and School of Government at Nanjing University. He is also the director of the Center for Environmental Management and Policy Analysis, which is supported by Nanjing University and the Jiangsu Environmental Protection Department. He examines detailed regulation design on regulating pollution and greenhouse gases in China, as well as its effects on industrial competitiveness, structure dynamics, and social welfare.