The Pan-Asia Railway, meant to stretch from Kunming to Singapore, is seen by China as one of the crown jewels of its Belt and Road Initiative. While the project has seen early success in Laos, stronger Southeast Asian countries are pushing back against Beijing’s plans. 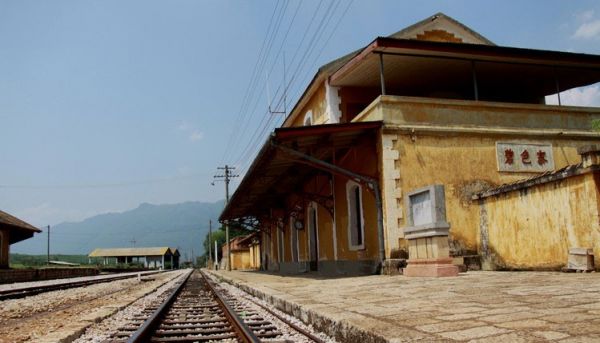 The Pan-Asia Railway, a marquee project in China’s Belt and Road Initiative (BRI), is to be a network of contiguous track that would stretch from the southwestern Chinese city of Kunming to Singapore. Linking Yunnan province with Southeast Asian cities, seaports, and industrial zones, the project would physically tether China to a region it has long regarded as its own backyard.

Whether China can complete the project depends on its ability to convince economically strong and democratically empowered countries that the railway will benefit them.

Leaving the Station in Laos

First proposed as a collaborative project by the Association of Southeast Asian Nations in the 1990s, the Kunming-Singapore link, which China prefers to call the Pan-Asia Railway, languished for years due to a lack of funding and regional political alignment. Beijing revived the idea in the early 2000s, yet actual work on the ground has been slow—only in the past year or so has significant construction on the project truly begun.

This construction has been confined primarily to Laos, the weak and autocratic country on China’s southwestern border, and the gateway through which the railway would penetrate Southeast Asia. In early 2017, when I visited the remote Laos-China border region to see what progress had been made, there was ample evidence that something big was in the pipeline. I found large swaths of cleared and leveled land, and newly built roadside dormitories housing hundreds of blue-and-white-uniformed Chinese laborers. Yet, actual tunnels, bridges, and tracks were nowhere to be seen.

China’s progress in Laos has been helped by its cozy relationship with the country’s communist government.

In the time since my visit, the picture has changed. Construction on the Laos segment of the railway has accelerated, and by early this year, project managers were reporting that tunneling was nearly 20% complete. One-quarter of the planned bridges are said to be rising or fully built, and as much as 84% of the land needed for stations and tracks is reportedly now in Chinese hands. The accuracy of such statements is difficult to assess, and certainly both China and Laos are eager to foster a sense of progress on a project they hope to complete by 2021. But what’s clear is that China is finding a way forward for its BRI project in Laos.

China’s progress in Laos has been helped by its cozy relationship with the country’s communist government, and in particular, Somsavat Lengsavad, its powerful former deputy prime minister. Somsavat was responsible for shepherding many Chinese megaprojects in Laos, including dams on the Mekong River and the New Laos National Stadium in Vientiane. Ethnically Chinese and fluent in Mandarin, he met frequently with delegates from Beijing and championed the Pan-Asia Railway with the Lao government’s Politburo and the National Assembly. Though Somsavat stepped down in 2016, the project continues apace.

Hitting the Buffers in Malaysia

But if China is seeing its dreams surge forward in Laos, it’s also struggling to keep them afloat further down the Southeast Asian peninsula in Malaysia. The recent election that ousted Najib Razak, Malaysia’s prime minister of nine years, also disrupted the country’s plans for a high-speed rail line from Kuala Lumpur to Singapore. The incoming prime minister, Mahathir Mohamad, campaigned on a promise to stop the project, on the grounds that it was too costly at RM 70 billion to RM 110 billion (US$17 billion to US$27 billion).

Though China was not the planner of, nor the propellant behind, that railway, Beijing considered it an important part of its ambitions. The rail line was seen as a possible link in the planned route from Kunming to Singapore; at the very least, it could have been a major construction contract for a Chinese company. Now that the new Malaysian prime minister has effectively shelved the project, China will need to rethink how its plans for the final segment of the link might take shape.

[Malaysia is] a problematic place for China: tougher to railroad, both literally and figuratively.

China’s early success in Laos and its setbacks in Malaysia show how domestic political and economic dynamics beyond China’s control are buffeting BRI. Lao citizens have little say in the decisions their leaders make on their behalf. By contrast, Malaysia—its previous government’s astounding corruption notwithstanding—is a fairly functional democracy with an increasingly free press, a booming economy, and a population willing to hold its leaders accountable. In short, it’s a problematic place for China: tougher to railroad, both literally and figuratively. The administration now in power will be less willing than the last to bend to Beijing’s wishes.

More Delays Down the Line

If every country on the BRI map were like Laos—pliable and easy to manipulate—China would likely be pouring more resources into the initiative than it currently is. But many of the BRI countries are more like Malaysia in their willingness to defy China’s wishes, even if they might do so subtly so as not to anger the giant at their doorstep.

Countries like Thailand, for instance, have done an excellent job of understatedly hampering China, acting as if they’re on board with its BRI plans, yet stonewalling before shovels actually hit the ground. This is why the planned Thai segment of the Pan-Asia Railway has been plagued by numerous false starts. The government has agreed to the project multiple times, only to let construction deadlines slip by, with the official reasons always being disagreements over financing, labor, or design. But the larger reason is that Thailand doesn’t really benefit much from the project at all, according to Ruth Banomyong, head of the Department of International Business, Logistics and Transport at Bangkok’s Thammasat University.

Beijing has quietly scaled back parts of its BRI ambitions.

It’s not as if China doesn’t know this. Its leaders are fully aware of the skepticism and pushback slowing down its progress in certain countries, particularly the stronger ones. It’s for this reason—along with the failure of significant quantities of private investment to materialize—that Beijing has quietly scaled back parts of its BRI ambitions. Lending by China’s policy banks for overseas projects actually fell in 2017.

None of this is to say that China won’t find a way to surmount its challenges in countries with willful citizenries and less-than-acquiescent heads of state. It’s easy to forget that China has only been in the global development business for about a decade. As a new superpower, it’s still near the shallow end of its learning curve, and the stakes could hardly be higher. If China wants BRI to succeed on the scale that it’s boasting of, at some point it will need to make a more persuasive case to countries with institutions that can question the validity of its large-scale projects.

Will Doig is a journalist covering urban development and infrastructure in Asia and beyond. His book, "High-Speed Empire: Chinese Expansion and the Future of Southeast Asia," was published by Columbia Global Reports in May 2018.