China’s Air Pollution Edges Back from the Brink

It is well known that air pollution is harmful to human health. What is much less known is how it specifically affects people over the long term. China’s Huai River policy, which dispensed free coal to northern China for winter heating, has inadvertently revealed to us that air pollution literally shaves years off our lives. But China has made considerable progress in confronting this pollution. 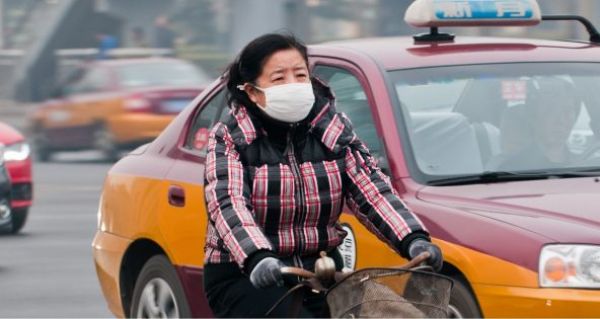 Air pollution, and especially particulate matter, is one of the greatest threats to human health. It leads to respiratory and heart diseases, strokes, and lung cancer. In many parts of Asia, particulate pollution is five to 10 times higher than what the World Health Organization (WHO) considers safe, making the challenge of air pollution especially acute in the region.

In the past five years, China has made massive strides in improving its environment. Pollution levels are dropping, and the economy continues to grow. What impact has this progress had on people’s health and life expectancy? A unique policy scenario in China presents a rare opportunity to answer this question. With this policy providing the basis for a powerful natural experiment, we can now measure the impact particulate pollution has on the lifespans of people living anywhere in the world.

On March 4, 2014, Chinese Premier Li Keqiang told almost 3000 delegates at the National People’s Congress and many more watching live on state television, “We will resolutely declare war against pollution as we declared war against poverty.”

Four years after that declaration, China is making huge gains in the war at a record pace. In fact, it took about a dozen years and the 1981-1982 recession for the United States to achieve what China has done in just four years.

How has the country been able to make significant cuts in pollution? Months before the premier’s speech, China released a national air quality action plan that required all urban areas to reduce concentrations of fine particulate matter pollution by at least 10%, more in some cities. The Beijing area was required to reduce pollution by 25%, and the city set aside an astounding US$113 billion for that purpose.

It took about a dozen years and the 1981-1982 recession for the U.S. to achieve what China has done in just four years.

To reach these targets, China prohibited the establishment of new coal-fired power plants in the country’s most polluted regions, including the Beijing area. Existing plants were told to reduce their emissions. All four coal-burning plants in Beijing were shut down and their production replaced with natural gas and nuclear alternatives. Large cities, including Beijing, Shanghai, and Guangzhou, restricted the number of cars on the road. The country also reduced its iron- and steel-making capacity and shut down coal mines.

News began to trickle out that the efforts were paying off. So I decided to dig deeper. Examining data from almost 250 government monitors throughout the country, which closely matched those of monitors maintained by the United States embassy in Beijing and consulates in Guangzhou, Shanghai, and Shenyang, I found major improvements.

Of course, China—like many parts of the world—still has opportunities to reduce pollution to safe levels while maintaining economic growth. But the sharp declines in particulate matter concentration in recent years constitute a strong and impressive beginning to its “war on pollution.”

What impact has lower pollution had on people’s lives in China? Until recently, that has been a tough question to answer with a high degree of precision and accuracy. Although scores of studies have demonstrated that air pollution negatively impacts our health, they have always tended to rely on data tracking people’s exposure over a short time period, while the most important question is about lifetime exposure. Here, there is almost no evidence, particularly at the high concentrations that prevail currently in parts of the world like China. Further, it is very difficult to find settings where it is possible to isolate the effect of air pollution from other factors that have an impact on health.

A Chinese policy provides an opportunity to answer urgent questions about the benefits of reducing air pollution. The Huai River policy, which was in effect from 1950 to 1980, provided free coal to power boilers for winter heating to people living north of the river and, in essence, left those living south of the river without heating. The policy’s partial provision of heating was implemented because China did not have enough resources to provide free coal nationwide. Additionally, since migration was greatly restricted, people exposed to pollution were generally not able to move to less polluted areas. Together, the discrete change in policy at the river’s edge and the migration restrictions provided the basis for a powerful natural experiment that allowed my coauthors and I to isolate the impact of sustained exposure to particulate air pollution from other factors that affect health.

The Chinese policy unintentionally caused people in northern China to live 3.1 years less than people in the south.

Along with revealing that the Chinese policy unintentionally caused people in northern China to live 3.1 years less than people in the south, due to higher air pollution concentrations, the natural experiment also allowed us to develop an important metric. That is, every additional 10 micrograms per cubic meter of PM2.5—atmospheric particulate matter (PM) with a diameter of less than 2.5—reduces life expectancy by about one year. This metric can be used to translate particulate pollution concentrations into their broader impact on lifespans.

By extrapolating from and applying this metric to the more recent progress China has made in reducing air pollution, the data show that residents nationally could expect to live 2.4 years longer on average if the declines in air pollution persisted. Some would live even longer in the areas where pollution has decreased more sharply. For instance, the roughly 20 million residents in Beijing would live an estimated 3.3 years longer, while those in Shijiazhuang would add 5.3 years, and those in Baoding 4.5 years. Notably, these improvements in life expectancy would be experienced by people of all ages, not just the young and old.

Using the results from this research, my colleagues at the Energy Policy Institute at the University of Chicago (EPIC) and I developed a new pollution index that has the potential to radically change the way people all around the world think about air pollution. The Air Quality Life Index™, or AQLI™, allows users to better understand the impact of air pollution on their lives by calculating how much longer they would live if the pollution in the air they breathe were brought into compliance with national or WHO standards. Further, it complements the frequently used Air Quality Index (AQI), which is a complicated measure of air pollution concentrations and does not map directly to long-term human health.

In other words, the AQLI provides policymakers with the information they need to gain support for more stringent air pollution policies by making the benefits of these policies more concrete to the average person. Users can explore the tool by visiting aqli.epic.uchicago.edu.

Ebenstein, Avraham, Maoyong Fan, Michael Greenstone, Guojun He, and Maigeng Zhou. "New Evidence on the Impact of Sustained Exposure to Air Pollution on Life Expectancy from China’s Huai River Policy." Proceedings of the National Academy of Sciences 114, no. 39 (2017): 10384-0389.

Greenstone, Michael, Yuyu Chen, Avraham Ebenstein, and Hongbin Li. "Evidence on the Impact of Sustained Exposure to Air Pollution on Life Expectancy from China’s Huai River Policy." Proceedings of the National Academy of Sciences110, no. 32 (2013): 12936-2941.

Michael Greenstone is the Milton Friedman Professor in Economics, the College, and the Harris School, as well as the director of the Becker Friedman Institute and the interdisciplinary Energy Policy Institute at the University of Chicago. He previously served as the chief economist for President Obama’s Council of Economic Advisers.