China and the Building of Africa’s Information Societies

Despite suspicions, China's engagement in developing Africa's telecom infrastructure has not led to an imposition of an authoritarian model of information control on the continent. Concerns should rather focus on the promotion of a top-down governmental model of development, which has proved inefficient. 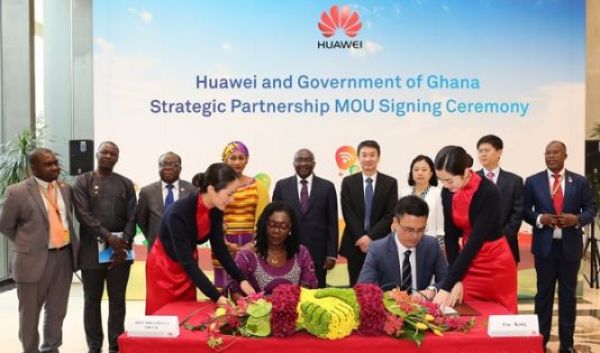 Huawei, China’s leading telecom equipment company, recently announced its intention to begin operations on a new submarine telecom system connecting Asia and Africa. The project, Pakistan East Africa Cable Express (PEACE), is a vivid example of the Belt and Road Initiative (BRI) in action. It signals China’s determination to strengthen and expand its ties with Africa and to step up its role in supporting the development of the continent’s information societies. This begs the question: is China imposing its model on the continent?

This engagement in Africa's development has taken multiple forms on the ground, including foreign direct investment by private and state-owned enterprises, and concessional state loans and export credits. Little of this is formally considered "aid," by the OECD’s definition. But it still contributes to development goals for African countries, as it has resulted in substantial infrastructural upgrades in areas such as transportation and energy production.

But unlike that in big dams, highways, and railways, investment in information and communications technologies (ICTs) has not manifested visibly to African populations at large. This invisibility, together with other factors, has aroused feelings of suspicion, often resulting in China being blamed for some of the changes in Africa’s information societies.

China’s first steps in Africa’s ICT sector have been met with accusations that Beijing may be trying to export its model abroad, engendering a more authoritarian version of the internet.

After analyzing different cases in China’s contributions to the shaping of ICTs in Ethiopia, Kenya, and Ghana, I discovered that the contrary appears to be true. China seems to have kept true to its pledge to support nationally rooted visions of the information society, rather than promoting template approaches.

This means China has to address a variety of requests. In the cases mentioned above, these included the aspirations of the governments of Ghana and Kenya to strengthen infrastructure and the capacity of the state to deliver services in a competitive environment, as well as the ambition of the Ethiopian leadership to expand access under a monopoly.

China seems to have kept true to its pledge to support nationally rooted visions of the information society, rather than promoting template approaches.

In all instances, relationships seem to have been driven by African rather than Chinese actors, with the Chinese government and Chinese companies offering financial and technical backing to projects envisioned at the local level.

In addition, it appears that China has not selected specific allies in Africa according to their compatibility in reinforcing a particular vision of the information society. Rather, it has interpreted ICTs as yet another opportunity to multiply its allies on the continent. For example, the apparatus of control and surveillance created by the Rwandan government presents the closest analogue to the complex model developed by China. And yet, Rwanda is one of the few countries in Africa where China has not built a strong presence—to date—in the ICT sector, leaving room for another Asian country, South Korea, to significantly contribute to the development of the national ICT infrastructure.

All Stakeholders Should Play a Role

In all these cases, however, cooperation has invariably been directed towards the state, rather than other actors involved in the shaping of functioning information societies.

In authoritarian Ethiopia, China’s Exim Bank has made available more than US$3 billion to support the government-owned Ethio telecom in the overhaul of its telecommunications infrastructure. In democratic Ghana, where the telecommunications market is liberalized, China intervened by boosting the capacity of the state to own infrastructure and gain an edge over other players.

This element throws a wrench into the argument that China is backing locally rooted visions of the information society, and raises important questions about China’s motivations.

It is clear that the involvement of different actors is essential in shaping a positive future for the internet—governments, private companies, and civil society organizations all have valuable roles.

In Kenya, the private sector has played a paramount role in pushing the boundaries of innovation, breaking previous frameworks set by the state to regulate telecommunications and banking. It was civil society, however, that shifted innovation not just in the direction of better access and greater profits, but also towards the creation of applications and strategies to counter corruption, map violence, and combat hate speech. A famous example is the early-warning platform Ushahidi, developed initially to allow citizens to report cases of violence in the aftermath of Kenya’s 2007 elections. It has since been deployed to help coordinate efforts after natural disasters and political crises.

By reinforcing the capabilities of the state to shape the evolution of ICTs, Chinese actors have been supporting a vision of telecommunications that is skewed towards public institutions.

Globally, there are countless instances of conflicts between different types of actors that eventually lead to constructive change in information societies. For example, the European Union brought to light how behemoths of innovation like Facebook, Google, and Amazon have exploited their global nature to avoid taxation, denying European citizens a due share of the profits made in their countries. The mobilization of civil society stopped U.S. legislation that could have given extreme powers to the music and movie industries to block online content. German regulation forced Facebook to take a more aggressive stance against fake news.

By reinforcing the capabilities of the state, rather than those of other stakeholders, to shape the evolution of ICTs, Chinese actors have been supporting a vision of telecommunications that is skewed towards public institutions. This stands in contrast to the issues-based approach favored by other countries when it comes to foreign intervention, particularly in aid. Other countries tend to first pinpoint specific agendas, then select in-country partners that could best help achieve these goals. China’s actor-based approach, while legitimate, could have serious consequences.

A single too-powerful actor—in the case of China’s investment in African ICTs, the state—in the domain of information may cause more harm than good. This configuration may prevent checks and balances from functioning at critical junctures, such as around elections, or when new legislation is proposed.

Enhancing a Local, but Top-down Agency

Some aspects of China’s involvement in developing Africa’s information societies have been undoubtedly positive. However, it has also allowed political elites to extend their control over their countries, reducing opportunities for alternative conceptions of the information society to emerge.

A single too-powerful actor—in the case of China’s investment in African ICTs, the state—in the domain of information may cause more harm than good.

The accusation of China supporting an authoritarian version of the information society in Africa does not seem tenable in a strict sense. But the fact that states are being helped in asserting their own visions and projects over those of other actors may bring this accusation closer to the truth in the longer term.

University of the Witwatersrand

Iginio Gagliardone teaches media and communication at the University of the Witwatersrand in South Africa, and is an associate research fellow in new media and human rights at the University of Oxford. He has been living between Italy, Ethiopia, the UK, and South Africa, researching the relationship between new media, political change, and human development, and exploring the emergence of distinctive models of the information society in the Global South. His latest book – "The Politics of Technology in Africa" – was published by Cambridge University Press in 2016 and he is currently completing a new manuscript for ZED on China’s influence on Africa’s information societies.