What Is in China's 13th National People’s Congress for the World?

Last month, the first session of China's 13th National People's Congress enacted a much discussed constitutional change, opening up a path for Xi Jinping to be president for life. Beyond this spectacular measure, promotions and appointments indicate the direction of the winds for China's foreign partners and competitors. 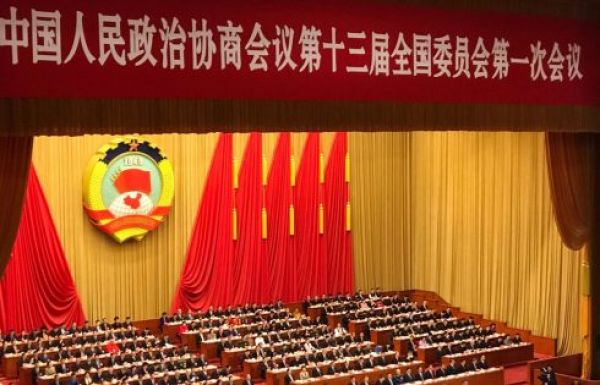 The first session of the 13th National People’s Congress (NPC) ended on March 20, 2018. The meeting brought together the approximately 3000 delegates—among whom are some of the most influential people in China—who make up the world’s largest parliamentary body.

The session saw the formation of an economic team headed by two very powerful tsars, Liu He and Yi Gang. Prior to his promotion to the post of vice premier, Liu held more informal responsibilities as the director of the Central Leading Group for Finance and Economic Affairs under President Xi Jinping. Bestowed with executive power, he is now the most powerful man in the management of China’s economy. Yi, meanwhile, has taken over as the governor of the People’s Bank of China from Zhou Xiaochuan.

Liu and Yi are united by the commonality that they are graduates of top institutions in the US. Liu is a graduate of Seton Hall University and Harvard University, while Yi is a graduate of the University of Illinois. This may indicate the Xi administration’s desire to resolve trade differences with the US.

Soon after the NPC session began in early March, the US announced its intentions to slap tariffs on aluminium and steel, a move widely perceived to target China. Even as China engages with the US in an increasingly competitive geopolitical rivalry, Premier Li Keqiang asked for cool heads to prevail and said categorically that both the US and China would suffer if a trade war breaks out.

The appointments of Liu and Yi are just the latest in a series of moves designed to create a more familiar interface between the US and China.

Xi has overseen an institutionalization of a US-savvy elite Chinese leadership stratum, a contrast to previous administrations, which were dominated by Soviet-trained technocrats. Xi himself spent time in the US, in 1985, as a mid-ranking official in Hebei. He forged a strong relationship with then-Iowa-Governor Terry Branstad, who is now the US ambassador to China.

In other words, the appointments of Liu and Yi are just the latest in a series of moves designed to create a more familiar interface between the US and China. They can also be interpreted as a recognition that the US is still the dominant player in global economic affairs. China has consistently said that it is in no position to play that role. Its choices point to an inclination towards continued development within the framework of the current US-led global economic order.

In addition to economic policies, the NPC session also touched on social policies and the welfare of the citizenry. In his closing speech, Xi reiterated the government’s commitment to clean air and blue skies. As part of its efforts in this arena, the Chinese government is now developing Xiongan, a new satellite city meant to help ease pollution and overpopulation in Beijing.

Xi also declared China’s desire to assist other countries in achieving clean air and blue skies. If Xi can address the issue of pollution in China’s first-tier cities, there would be an opportunity to export his government’s management knowhow and technologies to other countries. This might provide a soft power boost and improve characterizations of its bilateral interactions overseas. Such a scenario would prove advantageous for the Belt and Road Initiative (BRI), as BRI projects have been criticized for disregarding environmental concerns.

If Xi can address the issue of pollution in China’s first-tier cities, there would be an opportunity to export his government’s management knowhow and technologies to other countries.

More importantly, there is now greater convergence between China’s externally-oriented economic policies and institutions, and the Washington Consensus institutions. This convergence plants the seeds for greater interdependence, lessening the possibility of trade conflicts.

Not only will Wang Yi continue to serve as foreign minister, but he now also holds the position of state councillor, making him the chief architect of Chinese foreign policy. Former State Councillor Yang Jiechi was promoted to the Politburo at the 19th Party Congress last October. These two promotions imply a focus on stability in China’s foreign policy.

Yang is known as a moderate voice in China’s foreign affairs and is well-regarded by many stakeholders in Washington when it comes to US-China and Sino-Japanese relations. Entering the Politburo means Yang’s influence in the formulation of Beijing’s foreign policy may increase, and he may act as a balance-maintaining foil against the hawkish stance of the hardliners of the People’s Liberation Army (PLA).

Wang has been a loyal and patient executor of the Xi administration’s policies, and does not hesitate to confront foreign journalists. As state councillor, he will now be able to sit eye-to-eye with the US secretary of state to discuss world affairs, if he is deployed by the core leadership to do so. He has been the international face of BRI, Xi’s most important externally-oriented economic initiative, and will probably continue to sell Xi’s economic outreach to the rest of the world.

The most remarked-upon measure approved at the session was Xi’s elimination of the two-term limit on the Chinese presidency and vice-presidency. Xi can now rule for life, making him the most powerful Chinese leader since Mao Zedong. The three most powerful posts in Chinese politics—chairman of the Central Military Commission, general secretary of the Communist Party of China, and president of China—are now in the hands of a single person.

In other words, the world may have to deal with Xi, his regime, and his ideas for a long time to come, while Xi can potentially outlast all of his current counterparts on the world stage. No matter the direction it will end up taking, the Chinese model of “presidency for life” will be watched very closely.

The three most powerful posts in Chinese politics are now in the hands of a single person.

Wang Qishan, who spearheaded the anti-corruption campaign that eliminated many officials at all levels, including some prominent adversaries of Xi, has been promoted to the post of vice president, which, of course, is now also tenured for life.

Wang is a powerful ally for Xi in executing his vision for China. He is a much feared man after dispatching so many in the anti-corruption campaign. The position of vice president, which has largely been ceremonial and symbolic, is likely to grow in importance and stature under Wang.

Wang drew international attention when he met with US President Donald Trump’s former top advisor Steve Bannon. In this new capacity, he could possibly be deployed to meet other dignitaries in a similarly low-profile manner. As he is outside of the formal power structure of the Communist Party, Wang is relatively freer to pursue ideas and conversations with individuals who are deemed too sensitive or controversial for party leaders to meet with, but are powerful, relevant, and influential in global affairs. The vice presidency is now known as an elite ambassadorial role, but then again, Xi may have other ideas in mind for Wang, ones that could make for even more surprises in this new era.