Disaster-prone Asian countries are well aware of the urgent need to set up disaster management strategies. Siloed bureaucratic processes only hinder these efforts, as resilience comes from better engagement of local communities and the exploration of multiple sources of knowledge. 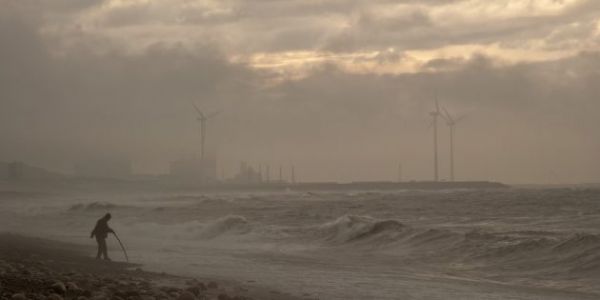 Typhoon Haiyan killed over 6000 people in the Philippines in 2013. Monsoon floods claimed 1200 lives in Bangladesh, India, and Nepal in 2017, with 40 million people affected. In these poorly managed disasters we find an urgent question: how can we better address disaster management and recovery?

Over the past 20 years, 3.7 billion people have been affected by disasters arising from extreme weather events and geological processes. Annually, $200 billion is lost to the global economy due to such events, according to a 2016 Red Cross report. As climate change marches on, these losses will increase exponentially. The World Bank estimates that every dollar spent on disaster risk reduction and management (DRRM) saves nine dollars in traditional emergency management costs. It is thus imperative that governments revisit the way they approach reducing risk and enhancing the resilience of their societies.

The Sendai and Hyogo Frameworks

At the 3rd World Conference on Disaster Risk Reduction held in Sendai, Japan, in March 2015, UN member states signed the non-binding agreement known as the Sendai Framework for Disaster Risk Reduction 2015–2030 (SFDRR). The agreement, succeeding the Hyogo Framework for Action 2005–2015 (HFA), recognizes that the state has primary responsibility for reducing disaster risk. It sets four priorities and seven targets to achieve better outcomes for disaster-impacted societies.

The SFDRR advocates inclusive policy-making. This process must recognize the capacities of all social groups to contribute to innovative approaches to reducing the risks they face and achieving better post-disaster outcomes. This is the “strengths-based” bottom-up approach. It calls for partnerships between government, public and private sectors, civil society, and community groups in reducing losses and enhancing societal resilience.

Facilitating Preparedness and Resilience in Asia

Recognizing that disaster events set back the hard-won gains of development, many governments in disaster-prone Asian countries have been seeking to put in place detailed bureaucratic structures for disaster management. The SFDRR and the HFA have spurred Nepal, Bhutan, Indonesia, the Philippines, Sri Lanka, and Myanmar to enact disaster laws that give legal underpinnings to their national disaster management policies.

In many cases, although the legal structures are in place, there is little attempt to implement the community-based disaster risk management policies they allegedly promote.

However, in most cases, these policies operate in a top-down, siloed system where local official capacity is spread across several competing ministries. Coordination is often lacking, with little input from civil society or impacted communities. In many cases, although the legal structures are in place, there is little attempt to implement the community-based disaster risk management policies they allegedly promote.

In Nepal, disaster plans are dictated by the National Disaster Management Authority according to existing laws, leaving little space for consultation. Over 8000 people died in the 2015 earthquake; many of these fatalities could have been avoided. This outcome can be attributed to a lack of resources and capacity among both first responders and disaster management officials. When disaster events occur, governments usually resort to the same time-practiced emergency management procedures that they have always followed.

Moving to a new paradigm of disaster risk reduction and away from short-term emergency management requires a completely different policy mindset. Emergency management responses are very costly, but justifiable in bureaucratic terms. Expenditure can be explained to the public in terms of actions to provide temporary housing, to restore transport, communications, and essential infrastructure. And emergency management provides all-important media and photo opportunities for leaders.

In contrast, DRRM requires both investment in preparedness before a crisis occurs and longer-term vision in effectively facilitating recovery in such a way that it generates resources that can be applied to enhance societal resilience.

The disaster cycle is just that: cyclical. Each part of the cycle is intimately connected to and integrated with the following section. A crisis activates the emergency response; which leads to recovery and rehabilitation; which is followed by longer-term reconstruction; which in turn provides the resources for the preparedness actions necessary to reduce losses in the next event.

A crisis activates the emergency response; which leads to recovery and rehabilitation; which is followed by longer-term reconstruction; which in turn provides the resources for preparedness actions.

The SFDRR is clearly intended to stimulate innovative policy and practice in DRRM. But how can this be achieved? Significant societal losses in every disaster suggest that new knowledge is required in this space. While the SFDRR principles are helpful in pointing to new directions, they do not detail what these might be. One indication can be found in the acknowledgement of the important role of disaster risk science and its necessary interactions with social science. This school of thought is increasingly being represented as the STEM-HASS interface.

When the risk scientist discovers new knowledge about a particular type of hazard, how does the social scientist disseminate knowledge of this vital information in such a way that at-risk citizens in the developing world as well as the developed world take note, apply the information in risk-reducing ways, and achieve greater resilience? The STEM-HASS interface is the great frontier that DRRM needs to cross and apply beneficially.

Grappling with reconstruction issues after the Tohoku earthquake and tsunami of March 2011, engineers in Japan are investigating how to redesign the seaboard along the Sendai coast so that the protective seawalls will not crumble, sea dikes will not dissolve, and harbors will remain operative in another such event.

Social science and physical science each needs to accommodate and draw benefit from the other, if innovative and effective approaches are to be generated.

Better consultation with affected social groups is needed to address these aspects of disaster risk reduction. After the 2004 Indian Ocean earthquake and tsunami, the Sri Lankan government initially sought to declare a wider coastal buffer zone where no reconstruction would occur. However, this policy was soon set aside due to the preferences of fishing communities who made their livelihoods in the coastal zone. In this case, social science ran up against physical science and each needs to accommodate and draw benefit from the other, if innovative and effective approaches are to be generated.

Integrated disaster risk research that draws on interdisciplinary perspectives will provide opportunities to rethink many of the standard practices in DRRM. Researchers are beginning to demonstrate that structural approaches to floods, the most frequent disaster, should not be managed through the construction of dams and dikes, which obstruct the natural flow of waters, and which result in greater loss of life and infrastructure when they break. Letting floodwaters flow along natural paths and embedding this practice in public policy will require considerable investment in governmental disaster education. This education must also take place at the community level, as villagers often feel safer when surrounded by dikes.

Other events, such as volcanic eruptions, earthquakes, tsunamis, and landslides, require new approaches to reduce their impacts. Officials must communicate early warnings in a timely manner so that human (and animal) lives can be saved, and affected populations must understand the need to take timely risk avoidance actions. Better outcomes that translate into better and more rapid recovery can only be achieved through the generation of new knowledge at the interface of science and social science. This is the challenge for those working in this space.

Helen James is an honorary professor at the Department of Anthropology, School of Culture, History and Language, College of Asia Pacific, Australian National University. She received her PhD from the University of Pittsburgh. She lectures in disaster risk reduction and management at the ANU. Her current research interests are in disaster risk reduction and recovery in Asia, social resilience and adaptation, and overcoming disaster vulnerability. She is a Life Member of Clare Hall, University of Cambridge.