The Rohingya crisis has dragged on for four years, with no resolution in prospect. Bangladesh has resisted applying strong pressure on Myanmar to take back the nearly one million refugees in its camps, preferring instead to rely on major powers with leverage to convey Dhaka’s desire for a solution. But, write Nurul Huda Sakib and Mohammad Sajedur Rahman of Jahangirnagar University, diplomacy is not working and Myanmar, now under military rule and isolated by the international community, seems disinterested. 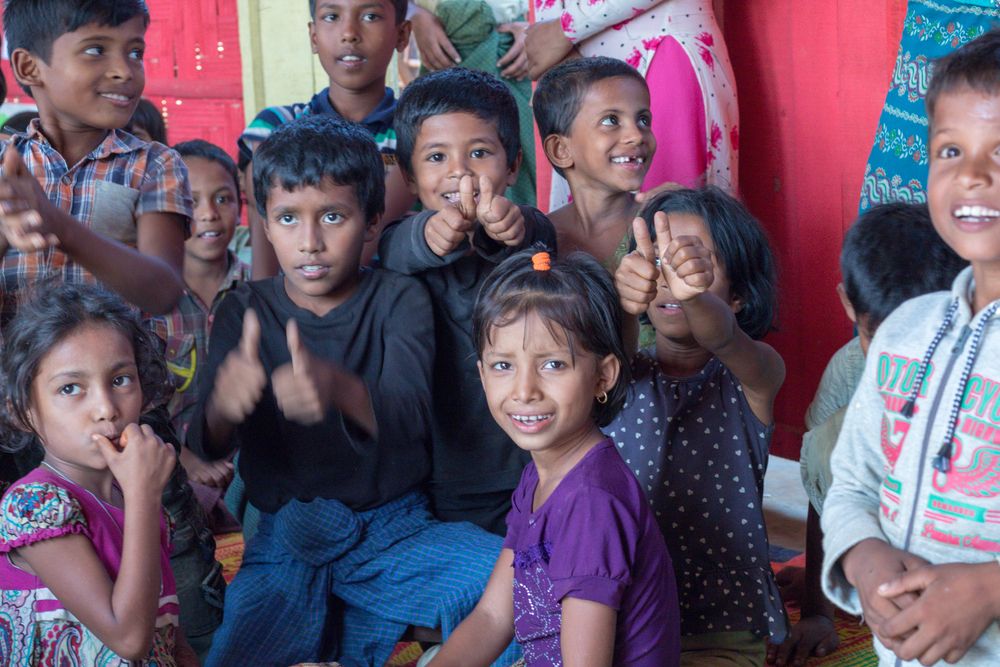 Hopeful in Kutupalong refugee camp in Cox’s Bazar, Bangladesh: Prospects for the safe repatriation of the Rohingyas to Myanmar are low (Credit: Mostofa Mohiuddin / Shutterstock.com)

The Rohingya refugee crisis is a result of state atrocities and institutional injustice towards a stateless minority by Myanmar in 2017. On humanitarian grounds, Bangladesh allowed the Rohingyas into the country to take immediate temporary shelter. Different nations, the United Nations High Commissioner for Refugees (UNHCR), donor agencies and NGOs have been assisting Dhaka in accommodating over a million people in camps near the border. The Covid-19 pandemic, however, could hamper that international support. The public-health crisis and its severe impact on the economy of the host country could worsen the situation for the refugees. Their prompt repatriation with the help of international community is the only option, but this is unlikely due to the economic and strategic interest of major powers in the region.

Bangladesh’s foreign policy is largely determined by geography. Being next door to major powers, India and China, requires cautious balancing. The two countries naturally have strategic interests in the region – and relations with Myanmar are part of Delhi and Beijing’s calculations.

Under its Belt and Road Initiative (BRI), China planned to invest US$7.3 billion to develop the Kyauk Phyu Special Economic Zone and construct a deep-water seaport in the Bay of Bengal, improving connections to Yunnan, its most southwesterly province. Historically, Beijing has proven to be a steadfast ally to Myanmar, remaining on its side even when its military regime was an international pariah.

For its part, India has long had warm ties with its neighbor. Delhi’s “Act East” policy (launched in 2014 as an expansion of the “Look East” initiative) included efforts to ensure stability and security in India’s northeast regions, where it shares a 1,643-km border with Myanmar. To counter Chinese influence, India has made vast investments in infrastructure development in Myanmar including power and energy projects and the construction of a seaport.

Undeniably, India and China are both closely engaged economically with its neighbors, with investment the main way for them to assert their respective strategic interests. For Bangladesh, the two powers, which are its biggest trading partners, are key to its development aspirations, especially as it aims to consolidate gains and keep up the momentum of recent years with the country graduating from developing economy to lower middle-income status.

Both India and China have extended credit to Bangladesh to fund development projects. During a 2016 visit, his first to the country, Chinese leader Xi Jinping signed agreements for $24 billion in loans for the construction of power plants, a seaport and railways, with many of these project now ongoing.

With China and India’s higher profiles on the world stage, Bangladesh has had to balance its relations with the two major powers. This has certainly been a factor in Dhaka’s handling of the challenge posed by the Rohingya refugees and its delicate approach to Myanmar on the tricky issue.

The Rohingya exodus out of Myanmar took place before a scheduled general election in Bangladesh. The government of Sheikh Hasina resisted disrupting the status quo and taking a diplomatic hard line with Naypyidaw, recognizing the strong relationships between Myanmar and both India and China. Giving refuge to the Muslim Rohingyas was also an astute political move for the Awami League, which has been in power since 2008. The party had seen its popularity fading in the aftermath of the rise of the populist protest Shahbagh Movement for legal reform. In soft-pedaling the Rohingya issue with Myanmar, Bangladesh was also thinking about the economic opportunity that its neighbor offered as it was emerging from years of isolation and its military was ceding some political control to Aung San Suu Kyi and her National League for Democracy (NLD). Given these factors, Bangladesh chose to refrain from directly pressuring Myanmar on the refugee problem, preferring instead to convey its hope for repatriation through the two major powers.

Japan and Russia have also been part of Dhaka’s calculations, hoping that they too could convey messages to Myanmar. Japan has economic interests in Myanmar’s Rakhine state. Tokyo maintained silence on the crisis and continued to observe its policy of abstaining from Myanmar-related issues at the UN. Rather than use the term “Rohingya”, the Japanese insisted on referring to “Muslims in Rakhine state”. This approach, described by one commentator as “cold-blooded”, was likely driven by its own strategy of balancing its relationships with China and alliance partner, the US, with which it was engaged in promoting the vision of a free and open Indo-Pacific (FOIP). Japan has expressed an interest in acting as a mediator between Bangladesh and Myanmar to ensure safe repatriation of the refugees. Russia, meanwhile, has styled itself as Myanmar’s “friend in need”. Moscow has been a major arms supplier to the military.

After three years of the Rohingya crisis, the question of the Rohingyas and how to resolve their status persists, with more refugees still arriving (at least, 1,300 crossed the border from India in 2019). India has sent back to Bangladesh Rohingyas who had managed to enter India in the hopes of getting sent to Myanmar. Saudi Arabia too has returned refugees to Bangladesh, after Rohingyas had managed to reach the Kingdom allegedly by obtaining Bangladesh passports.

Two bids by Bangladesh to repatriate Rohingya refugees to Myanmar have failed, leaving the prospects for further attempts low. On August 24, 2019, nearly 300 refugee families refused to leave as they were not convinced that they would be treated with dignity and be give citizenship when they returned. The next day, thousands of refugees demonstrated in their camp to demand that Myanmar guarantee that their nationality would be recognized before they return. China, through its embassy in Myanmar, is believed to have brokered the repatriation, for which no Rohingyas turned up. Throughout this “diplomatic drama”, as one Bangladesh newspaper described it, Myanmar appears happy to have repatriation delayed in the hopes that this will help it avoid international pressure to deal with the Rohingya problem and their status in the country. 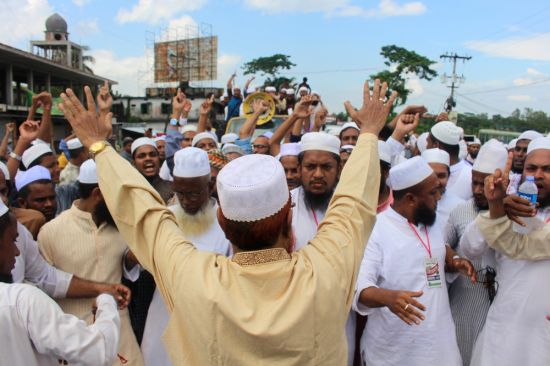 In a geopolitical twist, on November 11, 2019, with the support of the Organization for Islamic Cooperation (OIC), The Gambia filed a lawsuit against Myanmar at the International Court of Justice (ICJ) for perpetrating genocide against the Rohingyas. Bangladesh donated US$500,000 to the OIC to support The Gambia’s legal initiative. The ICJ instructed Myanmar to take urgent measures for the Rohingya minority which could strengthen diplomatic pressure on Myanmar to accept the safe repatriation of the refugees. Bangladesh itself has come under pressure to push more forcefully and use its relationships with all the relevant players to resolve the crisis.

Even so, three issues might further impede repatriation. First, the recent military takeover in Myanmar has taken the crisis in a different turn. Western countries and human rights organizations have criticized the junta, which arrested Aung San Suu Kyi and put her on trial. Myanmar has again gone into isolation. China has taken a business-as-usual approach, suggesting its support for the military regime. Unprecedented resistance by pro-democracy forces has paralyzed the country. While Senior General Min Aung Hlaing, the coup leader, has pledged to hold national elections within two years, the prospects for reconciliation are bleak. This means that the Rohingya problem is likely to remain unresolved.

Second, withdrawal of US forces from Afghanistan has disrupted the geopolitics of the region and had implications for the major powers. The Taliban’s return is likely to polarize the region, as players vie for influence over the strategically important country. Taliban leaders recently visited China, signaling Beijing’s greater interest in Afghanistan. A US-India nexus to protect their shared interests could be a tool against to contain Chinese influence in the region, especially as Pakistan, India’s chief adversary and Beijing’s ally, is possibly the most influential force in Afghanistan.

Third, the World Bank recently proposed that the Rohingya refugees be integrated into Bangladesh and accorded the right to work, mobility and access to public services as Bangladesh citizens have. Dhaka has rejected the idea. For Bangladesh, repatriation to Myanmar is the only solution. But without the active support from the major powers in applying pressure on Myanmar, the nearly one million Rohingyas in Bangladesh are not likely to be going anywhere soon. 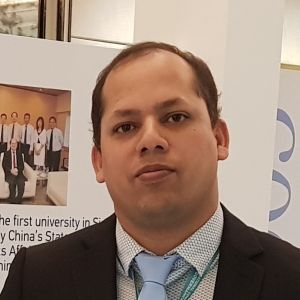 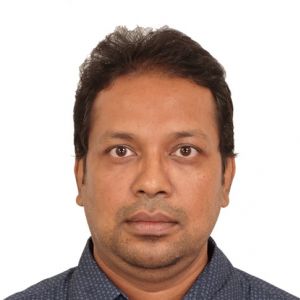 Mohammad Sajedur Rahman is an associate professor in the Department of Government and Politics at Jahangirnagar University in Dhaka, Bangladesh. He is a DAAD (German Academic Exchange Service) fellow. Email Dr Rahman