The 50th Pacific Islands Forum in Tuvalu was a disaster for the Australian government. Canberra’s position in the regional organization that it helped found might be under long-term threat if the government cannot repair the damage done. Australia must find its home in the region instead of looking like the uncomfortable colonial among strangers, writes David Morris, Vice President of the United Nations Economic and Social Commission for Asia and the Pacific (UNESCAP) Sustainable Business Network. 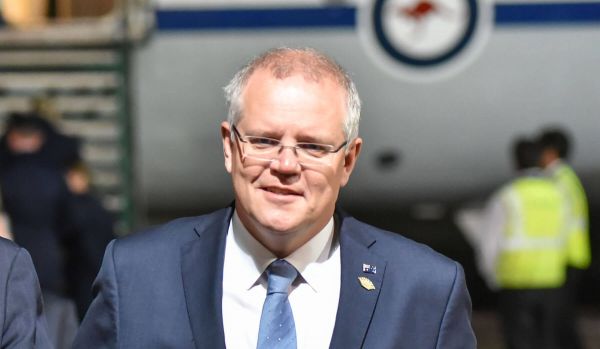 Australia’s isolation at the recent Pacific Islands Forum (PIF) was glaring, despite its recent geopolitically inspired Pacific “step up”. Relationships in the region are splintering because Australia’s values and interests diverge from those of its island neighbors. Australian influence, while significant, will continue to decline, amid the impression in its Pacific backyard that Canberra is condescending and neglectful.

When Australia does take notice of its own neighborhood, it seems to consider the Pacific island nations as pawns in a bigger geopolitical game instead of countries on their own terms. In a region that values relationships and long, quiet talks to build consensus, Australia just keeps taking the wrong steps, instead of stepping up. On the four big trends in the Pacific, Australia is running in the opposite direction from its neighbors.

First, most of the members of the PIF are young, independent nations that are proud of their cultural survival under colonialism and their recently won sovereignty. The way to deal with these countries is not by lecturing, imposing views or demonstrating disregard for them. The Australian delegation to the forum was said to have even mispronounced the names of member nations.

Second, the low-lying island nations of the Pacific are facing an existential crisis from climate change, which is causing rising oceans and increasing the frequency of “king tides” – especially high spring tides – and natural disasters. Australia, by far the world’s leading coal exporter, cannot expect to wield influence if its ministers make jokes about climate change or dismiss the region’s concerns and fail to take responsible action.

Third, these are nations that need development but have inadequate infrastructure, connectivity and capabilities for industry. Australia governed Papua New Guinea (PNG) for decades before independence but left the country without building a single road between any of the major cities. Since PNG gained independence, Australia has given Port Moresby about A$500 million (US$337 million) in assistance each year. Yet it is difficult to see how this funding has supported economic self-reliance. Thanks for generous aid is not usually in order when much of money appears to have gone into the pockets of well paid consultants who fly in to deliver their advice and then leave.

Finally, eight of the Pacific Island nations have relationships with China. Just like Australia, they trade with China and receive investment, although nothing like on the scale that Australia does. In recent years, China has also provided low-cost loans for infrastructure and other aid, on similar terms that China has extended to other developing nations. It is manifestly in the interests of the Pacific islands to benefit from economic links with China, just as they benefit from economic cooperation with Australia, Japan and others.

Yet the Australian government issues dire warnings about Chinese “influence” in the Pacific, conjuring up stories without any apparent evidence of planned Chinese military bases. Canberra pitches its “step up” in the Pacific as a way to contain China. The argument is simplistic and based on a false binary view that anything that comes from Chinese investment, trade and aid must be a threat.

When recently re-elected Australian Prime Minister Scott Morrison attended this year’s PIF, it was not so much his demeanor as all of Australia’s accumulated baggage of previous years that made his much-hyped initiative seem more like a careless stumble. Alex Hawke, who serves as both assistant defense minister and minister for international development and the Pacific, started well, with comments recognizing the sovereignty of Pacific nations, the importance of multilateralism, the cultural identity of the region, and assurances that Australia was “responsive and listening”. He even conceded that climate change was real and that the Pacific Islands were feeling the effects and in need of mitigation and adaptation projects.

But then there was a ham-fisted announcement of A$500 million over five years for renewable energy and climate and disaster resilience projects, with the money coming from Australia’s already drastically depleted development aid program. That was followed by the leaders’ meeting, in which it appears the Australian PM rubbed many of his counterparts the wrong way. Fiji’s prime minister, Frank Bainimarama, who has boycotted the Forum for years because of his resentment at Australia’s opposition to his military coups, described Morrison as “very insulting and condescending”. Tuvalu’s prime minister, Enele Sopoaga, dismissed Morrison as “neo-colonialist”. With its neighbors pressing for strong, ambitious action on climate change, Australia stonewalled.

This confrontation has been coming for some time, with successive conservative governments in Canberra unable to develop credible or effective responses to climate change, while Pacific Islands leaders from Fiji, Tuvalu and Kiribati, among others, have taken the issue to forums around the world and pushed for much more ambitious efforts.

While the Pacific leaders wanted the Paris Agreement to lock in a 1.5 degrees Celsius global warming limit (above pre-industrial levels), with zero greenhouse gas emissions by 2050, Australia is struggling to meet its own less ambitious target without carrying over credits from the Kyoto Protocol, which the new framework is succeeding. While the Pacific Islands clamor for environmentally friendly financing, Australia has followed the US administration of Donald Trump in withdrawing its support for the UN Green Climate Fund. Even as Australia has given the green light to a huge new coal mine project to be built by an Indian company, Fiji’s prime minister says the case for coal no longer holds. On the most important issue for the Pacific nations, the region has become divided, with the islands on one side and Australia on the other.

From leader to spoiler

This is a far cry from the old days of the South Pacific Forum, as the PIF was originally called at its founding in 1971. Australia was a full member and considered itself a part of the region. In those days and throughout the 1980s and 1990s, Australia worked closely with Pacific nations against French nuclear tests and whaling, supporting decolonization, developing effective fishing regulations, and dealing with other critical issues of common concern. It used to be that Australia was on the same side as the islands. No longer. It used to be that Australian leaders looked at ease in the Pacific, but now they look more comfortable at Buckingham Palace or the White House than in their own neighborhood.

Australia is now wealthier than ever, while the Pacific Islands are among the world’s poorest countries. Despite much of Australia’s recent growth the result of economic integration with China, Canberra does not seem to trust the Pacific islands to develop trade, investment and infrastructure with Chinese assistance. Unlike Australia, which is firmly allied with the US, Pacific island countries are non-aligned. So Australia’s recent announcement of a joint project with the US to redevelop the Lombrum naval base on PNG’s Manus Island raised eyebrows in the region. China had previously offered to upgrade the port. “Their enemies are not our enemies,” Samoan Prime Minister Tuilaepa Malielegaoi said.

The Australian “step up” is perceived as introducing an unwelcome geopolitical contest in a region where most of the countries consider themselves “friends to all, enemies of none”. Papua New Guinea is traditionally closer to Australia and may find its interests increasingly diverge from the Pacific islands over time if the geopolitical contest hots up, which some in the Australian government seem to want happen.

The recent “China panic” in Australia about the Chinese presence in the Pacific mirrored US rhetoric of the past two years, since Washington declared China a “strategic competitor”. The Americans have been warning that China engages in “debt-trap diplomacy” and aims to seize assets such as ports from debt-distressed poor nations. There is no evidence of such a strategy in the Pacific. Indeed some exaggerated, politically-inspired Australian government statements to that effect have alienated Pacific leaders. Australia is unlikely to receive an invitation to a meeting in Samoa in October of Pacific leaders with China to discuss regional economic cooperation. It is entirely conceivable that the Pacific islands could exclude Canberra from such substantive regional conversations in future. This would be a disaster for Australia.

Yet Australia is in the Pacific to stay. It has serious and permanent interests in the stability and success of the Pacific Islands region. It remains the dominant economic player and aid donor. It is, however, shooting itself in the foot in every way possible, instead of playing the leadership role in the region that might be expected of a wiser, more shrewd government. Meanwhile, other countries are stepping into the breach, from former colonial powers France and the UK to China and Japan. Even Canada, eager to win votes for its UN Security Council seat campaign, has stepped up its long-distance engagement. Make no mistake, savvy Pacific island leaders will play each power off against the others, extracting maximum aid and funding to benefit their people.

Fraenkel, Jon. (August 14, 2019) “The state of the Pacific as the 2019 Forum convenes”, The Interpreter, The Lowy Institute for International Policy.