Climate change means that drought is likely to scourge larger parts of the world, and more often, with serious impacts on agriculture and food supply. Drought episodes are generally tackled via ad hoc policy support measures. As the Australian case shows, such responses should be replaced with longer-term policy interventions across good and bad seasonal conditions. 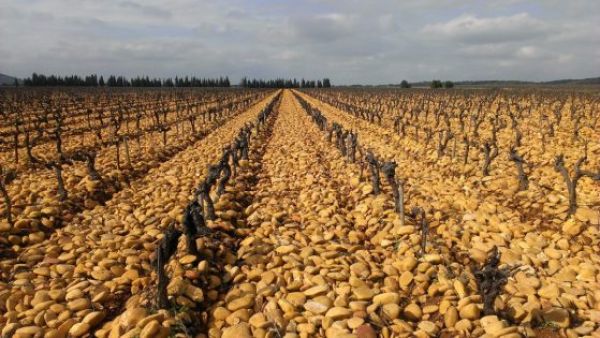 The three most common categories of government assistance to agriculture during a drought are subsidies for farm business, income supplements for low-income farm families, and support for better decision-making. Unfortunately, none of these government outlays induce the rainfall to end a drought.

Subsidies for farm inputs and outputs have undesirable national resource misallocation effects and they provide a blunt welfare safety net. Direct funding of household incomes to reduce poverty better targets equity, but it is difficult to implement. Finally, support to assist decision-making to adapt to variable seasonal and other conditions is the most desirable intervention.

Farming is a known risky business. Seasonal conditions vary from drought to normal and above average, and some face floods and cyclones. Larger and more severe droughts are likely in the future with expected climate change. Some farms confront outbreaks of pests and diseases. Farm commodity prices are volatile. The majority of farmers recognize volatile and uncertain seasons and markets in their decision-making, as do other producers along the food and fiber supply chains.

There is compelling evidence across countries and over time that individual farmers with personal incentives and access to private information are better and more productive decision makers than governments. The experiences of China and Vietnam in the second half of the 20th century illustrate this.

People voluntarily commit to farming if anticipated returns in the good times balance low or negative returns during droughts and other adverse conditions. Most farmers develop and employ production and financial strategies to adapt to changing seasonal and market conditions. This includes smoothing over time the availability of funds for family expenditures.

The number of farmers has decreased, yet these farmers drive increasing levels of farm production.

Structural adjustment is a continuing feature of farming, as it is for other industries. Higher costs of labor relative to machinery, the large-scale bias toward new farming technology, together with more productive farmers buying out less productive farmers, lie behind the growth over time of average farm size. Thus, the number of farmers has decreased, yet these farmers drive increasing levels of farm production.

Why do governments direct scarce taxation funds to farmers each time an inevitable drought arrives? Of course, drought conditions are tough—they provide graphic material for the media, and some families do fall into poverty—but they are not a surprise.

The Role of Farm Business Subsidies

One general form of government assistance in times of drought involves subsidies to farm businesses. Subsidies help pay for interest, freight, fodder, and other farm inputs. Drought subsidies raise the average return from farming. But artificially increasing the average return from farming leads to a misallocation of limited national labor, capital, and other resources from the rest of the economy to agriculture. The societal efficiency costs of farm business subsidies are much the same as the efficiency costs of tariffs raising the price of imports.

Drought subsidies generate important and unintended side effects. The knowledge that subsidies will be provided during drought reduces the incentives for some (but not all) farmers to adopt appropriate drought preparation and mitigation strategies, and for farm families to set aside income earned in good seasons for household expenditure during droughts.

Drought subsidies hold up inevitable structural changes for a future with a more productive farm sector and higher farm family incomes. For example, subsidies increase the cost for smart farmers who have planned for and adapted to drought to buy out less successful operators. Subsidies for farm outputs or inputs are a very blunt policy instrument to support farm families facing poverty. Subsidies on interest have no income-support use for farmers free of debt or reluctant to take on debt, and they provide greater assistance to large borrowers who often have above-average incomes.

Direct household income measures are more effective interventions to reduce poverty. Australia has long-established equity objectives of a minimum income and safety net for all citizens, together with government-funded education, healthcare, and other basic services. Because of poor decisions or bad luck, some farm households find themselves short of money for food, clothing, and other essentials. The Farm Household Allowance (FHA) is a means-tested (for income and assets), government-funded safety net to counter poverty among farm households. Initially, the FHA was set at the same rate as the unemployment benefit rate, but was increased in August 2018. While the FHA provides direct income support to farm families facing poverty, small business operators in other parts of the economy, such as restaurant owners, builders, and mechanics, are not eligible. This favorable treatment of farm families relative to other small business families raises horizontal equity issues.

A key challenge for the administration of direct income grants to mitigate poverty among farm families is the design of the means test for eligibility. The variability of income over time makes income measurement arbitrary. Most farmers with low incomes have considerable assets in the farm, even if it is difficult to borrow against the farm asset. Government funding of mental health, social, and other support for farmers and their families adversely affected by drought can be an important social equity instrument. Also, these programs may be a valuable societal investment.

In Australia, a system of farm management deposits enables farmers to shift taxable income earned in good seasons to drought years with low income. Shifting income facing relatively high marginal personal income tax rates to lower personal tax rates reduces the amount of tax paid. Such income tax averaging has horizontal equity benefits by stabilizing incomes, and encouraging the transfer of funds to drought years of need. Government programs to support decision-making by individual farms and families should be available over time, and offered during both good and drought seasons.

John Freebairn is the Ritchie Chair of Economics at the University of Melbourne, Australia. He specializes in applied microeconomics and economic policy analysis and his current interests include taxation reform and environmental economics.