Why the “Anthropocene” Is Not “Climate Change” and Why It Matters

Beyond climate change, there’s the Anthropocene. Humans have altered the planet to such an extent that it has entered a new age. The Anthropocene and the unprecedented changes it brings call for a new way to think about how humans relate to the planet. 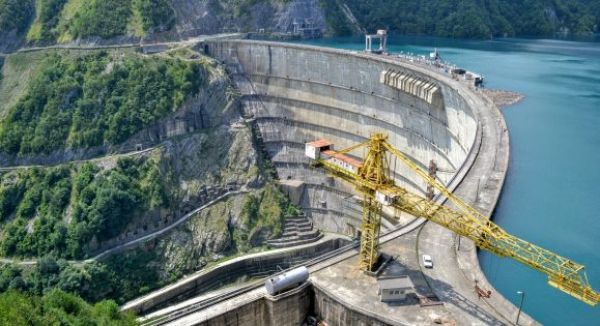 “Anthropocene” is a widely proposed name for the geological epoch that covers human impact on our planet. But it is not synonymous with "climate change," nor can it covered by "environmental problems." Bigger and more shocking, the Anthropocene encapsulates the evidence that human pressures became so profound around the middle of the 20th century that we blew a planetary gasket. Hello, new Earth System. Hello, Anthropocene.

The phrase "Earth System" refers to the entirety of our planet's interacting physical, chemical, biological, and human processes. Enabled by new data-collecting technologies like satellites and ever more powerful computer modeling, Earth System science reframes how we understand our planet. Climate is just one element of this system; if we focus on that alone, we will misunderstand the complexity of the danger. The term “environment” helps us understand ourselves as part of ecosystems, but fails to capture the newness of our current situation. We have always lived in the environment; only very recently, just as Asia began its skyrocketing development, did we begin living in the altered Earth System of the Anthropocene.

The Anthropocene Requires a New Way of Thinking

The Anthropocene is a multidimensional challenge. Our future is more unpredictable than ever, with new phenomena like Category 5 megastorms, rapid species extinction, and the loss of polar ice. This change is irreversible. NASA says that levels of carbon dioxide (CO2) are higher than they have been at any time in the past 400,000 years—well before our species evolved—causing the atmosphere to warm.

The climate has certainly changed, but so too have other aspects of the planetary system. Take the lithosphere: 193,000 human-made "inorganic crystalline compounds," or what you and I might call "rocks," now vastly outnumber Earth’s ~5000 natural minerals, while 8.3 billion tons of plastics coat the land, water, and our internal organs. Due to modern agribusiness techniques, so much topsoil is washing away that England has only about 60 more harvests left.

The biosphere is equally altered. Never has the planet been so crowded with human beings. In 1900, there were around 1.5 billion of us; in the 1960s, around 3 billion; today there are upwards of 7.4 billion. Human beings and our domesticated animals comprise an astounding 97% of the total zoomass of terrestrial mammals, meaning that wild creatures make up a miserly 3%. Humans and our companion species occupy considerably more than half of the planet's habitable land surface. Concerning the hydrosphere, fresh water renews itself at the rate of about 1% a year, but currently 21 out of 37 of the world's major aquifers are being drawn down faster—in some cases much faster—than they can be replenished.

Due to modern agribusiness techniques, so much topsoil is washing away that England has only about 60 more harvests left.

The planet's chemistry has changed too. Warmer oceans interfere with the production of oxygen by phytoplankton, and some scientists predict that with a rise of 6oC—which could happen as soon as 2100—this oxygen production could cease. Our production of fixed nitrogen is five times higher than it was 60 years ago; in fact, Earth has never had so much fixed nitrogen in its entire ~4.5-billion-year history. Since World War II, synthetic chemical production has increased more than thirtyfold. Of the more than 80,000 new chemicals, the United States Environmental Protection Agency has tested only about 200 for human health risks.

Alarming as each factor is on its own, the concept of the Anthropocene brings all these factors and others together. This is the only way that we can understand Earth as a single reverberating system with feedback loops and tipping points that we can't yet predict.

The Anthropocene's interrelated systematicity presents not a problem, but a multidimensional predicament. A problem might be solved, often with a single technological tool produced by experts in a single field, but a predicament presents a challenging condition requiring resources and ideas of many kinds. We don't solve predicaments; instead, we navigate through them. Collaboration among scientists, policymakers, social scientists, humanists, and community leaders is key to contending with the Anthropocene. Technology is important, but the hardest challenges will be about how to alter our political and economic systems. Even the United Nations’ US$24 million Millennium Ecosystem Assessment (2005) concluded that our current systems are not up to the task: we need "significant changes in policies, institutions and practices that are not currently under way."

The Danger of the One-Dimensional Thinking of Climate Change

So, are the techno-optimists, who believe most world problems can be solved by innovation, wrong? The answer to this question is that they are not so much wrong as misguided, addressing a narrow issue in the narrowest terms. Most begin by gesturing toward the totality of environmental problems, but end by focusing on climate change alone. Sometimes climate change is further reduced to CO2 emissions to the exclusion of all other greenhouse gases, such as methane.

Technology is important, but the hardest challenges will be about how to alter our political and economic systems.

A favorite example of techno-optimists like economist Jeffrey Sachs is substituting wind power for fossil fuels. Like others, he speaks in confident tones about "decoupling" economic growth from natural resources, contending that "growth can continue while pressures on key resources (water, air, land, habitats of other species) and pollution are significantly reduced rather than increased," by means of new technologies and market pricing. In short, we can provide for the growing human population (expected to hit 8 billion in 2023) without destroying the ecosystem, without impoverishing future generations, and without bothering to transform our political and economic systems. The status quo is fine if we tighten a few nuts and bolts. Let us look at this techno-optimism from the Anthropocene perspective.

Most offshore wind turbines require rare earth metals sourced from China, which supplies about 90% of the world’s demand and has a monopoly on some elements. Not only are the mines of China's primary production site, the southeastern province of Jiangxi, being rapidly depleted, but such mining entails shocking environmental and social costs. According to investigative journalist Liu Hongqiao, "Research has found that producing one ton of rare earth ore (in terms of rare earth oxides) produces 200 cubic meters of acidic wastewater. The production of the rare earths needed to meet China’s demand for wind turbines up to 2050 … will result in the release of 80 million cubic meters of wastewater.” Once obtained, this ore must be transported and processed to make turbines. These turbines, once positioned, require maintenance, using more resources. Ultimately, though, they will end up as refuse, more trash on our trash-filled planet. There is nothing dematerialized or carbon-free about wind turbines if we look at the total picture.

Reducing our problem to climate change, then to CO2, and finally to measuring emissions only at the point of energy production is a dramatic misrepresentation of our dilemma. An Anthropocene perspective is needed to keep the totality of the predicament in view.

Reducing our problem to climate change, then to CO2, and finally to measuring emissions only at the point of energy production is a dramatic misrepresentation of our dilemma.

Slowing climate change is crucial but navigating its challenges is only possible if it is understood as one facet of planetary overshoot. The challenges of our altered, unpredictable Earth System cannot be met by technological tinkering within the very systems that pushed it over the edge in the first place. There's nothing for it but to roll up our sleeves and begin the hard work of transforming our political and economic systems with the aims of decency and resilience. 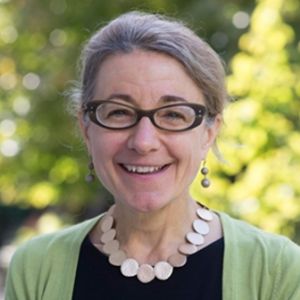 Julia Adeney Thomas is an associate professor and Japanese history specialist in the Department of History at the University of Notre Dame in South Bend, IN, USA. She has written extensively on nature, politics and the environment. She has two books that are to be published this year: Visualizing Fascism: The Twentieth-Century Rise of the Global Right, which she co-edited for Duke University Press, and The Anthropocene: A Multidisciplinary Approach, written with geologists Jan Zalasiewicz and Mark Williams for Polity.