The recent Oscar Awards turned into a signal moment for Asian and Asian-American filmmakers, with a Chinese director and one of the actors in a film about a struggling Korean-American family taking home top prizes. The significance of the recognition may easily be overblown, writes journalist Yuen-ying Chan of The University of Hong Kong. But, she argues, against the backdrop of the rise of anti-Asian racism in the US since the pandemic, the accolades suggest that Asians in Hollywood are a formidable cultural force to be reckoned with. 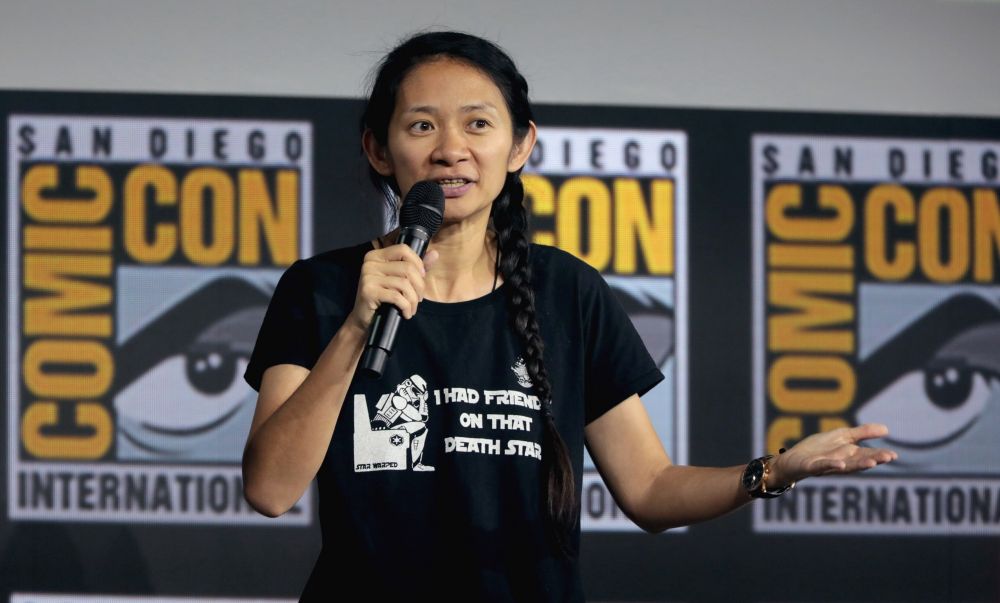 The 93rd Academy Awards, or Oscars, were one for the history books – the most inclusive in terms of gender, ethnic origin, and age.

Chloé Zhao won the Best Director award for Nomadland, her movie about an itinerant working widow, which was named the Best Picture of 2020. (Zhao was one of the film’s producers.) The Chinese filmmaker was the first woman of color – and only the second woman ever – to take the directing prize. Earlier in the evening, Korean Youn Yuh-jung became the first Asian woman since 1958 to collect the gold statuette for Best Supporting Actress for her role as the quirky grandmother in Best Picture nominee Minari, a film about a struggling Korean-American family. At 73, Youn was the third oldest winner ever in her category. The awards ceremony ended with Welshman Anthony Hopkins earning his second Best Actor triumph at the age of 83, the oldest male or female in history to pick up an acting Oscar. 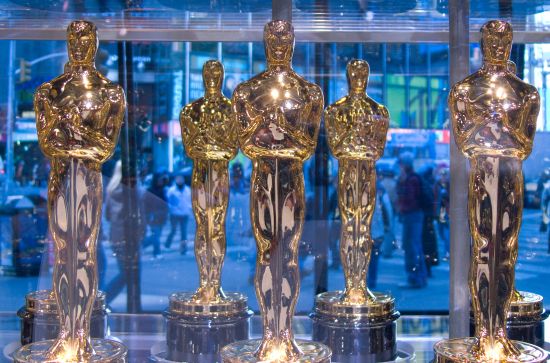 But more than anything, the 2021 Oscars loudly and clearly signaled a real coming of age of Asians and Asian Americans in Hollywood, not as incidental individual achievements (consider Taiwan-born director Ang Lee’s two Best Director awards for Brokeback Mountain in 2006 and Life of Pi in 2013, or even the 2020 Best Picture, Best Director and Best International Film Feature nods for Korean satire Parasite) but as a cultural force to be reckoned with. The annual celebration of the movies – low key and socially distanced because of Covid-19 – sent a message to the world that Americans could celebrate Asian heritage, even as the US has been gripped by a shocking wave of hatred and violence against Asians that rose in response to the pandemic and anti-China resentment whipped up by politicians including then-president Donald Trump.

Zhao’s victory in particular was “validation that is momentous for Asian filmmakers”, observed Ruby Yang, a member of the US Academy of Motion Picture Arts and Sciences that nominates, votes on and awards the Oscars and a distinguished fellow in humanities at The University of Hong Kong. “It will open doors for Asian directors. Hollywood already is pushing for diversity in above-the-line or below-the-line representation in film productions. We will see more films or TV productions with Asian directors.” Yang was herself a trailblazer, winning the 2007 Oscar for Best Documentary (Short Subject) for her film The Blood of Yingzhou District, a poignant portrait of AIDS orphans in China.

Zhao’s directing success was not the only assertion of Asian arrival at the Oscars and in the films of 2020. Minari, an intimate portrait of a Korean immigrant family trying build a successful life in rural Arkansas in the 1980s. A close contender for Best Picture, the film earned nominations not just for Youn but also for Its director Lee Isaac Chung and lead actor Steven Yeun, who until this movie was best known for his work in the post-apocalyptic zombie horror television series The Walking Dead.

While the Asian touch and perspective may be evident in these films and performances, they are easily overblown. Nomadland, after all, is a very American film that follows lead character Fern as she drives around the American West in a white van which doubles as her home, finding soulmates among the fellow nomads she encounters along the way. It is reminiscent of the films made of the classic novels of the Great Depression by American author and Nobel Prize laureate John Steinbeck – Of Mice and Men and The Grapes of Wrath.

In spite of the media attention paid to Zhao and her background as the American-educated daughter of Chinese billionaire industrialist and real-estate magnate Zhao Yuji, Nomadland is a stellar example of intricate moviemaking , marked by its sweeping cinematography, the intimacy of the characters, the casting of professional and amateur actors, as well as a documentary-style approach that bring to the audience an authentic depiction of hard-scrabble lives on the road that have no final destination.

There is obvious irony in that it takes an immigrant Chinese director, part of a minority community that has recently been the target of racist attacks, to deliver a sobering portrayal of invisible marginalized Americans. Zhao succeeded in painting an almost idyllic picture of abject poverty and abandonment, yet gave her characters empathy, respect, and grit in the face of the loneliness and heartache from the loss of friends and the ending of friendships.

As surprising has been the enthusiastic reception Minari has won among critics and Academy members, a seeming outlier in today's anti-immigrant climate. In spite of the political polarization in the US and globally, the celebrated films affirm the possibility that art and humanity can prevail over tribalism and narrow nationalism. The movies are a powerful statement that culture can shine even in toxic and polarized political environments. The same message came through in the documentary film American Factory, produced by Barack and Michelle Obama’s production company, which won the 2019 Oscar for Best Documentary (Feature).

Both Nomadland and Minari are showcases of cultural fluidity, displaying cultures at their best with noble characters to whom all people of all backgrounds can relate. As Zhao said in her acceptance speech when she quoted Chinese classical writing, “people at birth are inherently good.” She went on: “I have always found goodness in the people I met. This is for anyone who has the faith and courage to hold onto the goodness in themselves.” This was a rare moment when a Hollywood that can sometimes seem too “woke” or politically correct and critical of the powers that be was inspiring moviegoers and everybody else to keep faith in a world plagued by a raging deadly virus and destruction wrought by climate change.

The universality of that message seemed to fit well with this more inclusive Oscars, which has been years in the making. In 2016, the Academy was roundly criticized for nominating an all-white group of actors and actresses for a second year in a row. The outcry that ensued forced the Academy to respond by making a concerted effort to expand its members to include more women and non-whites. 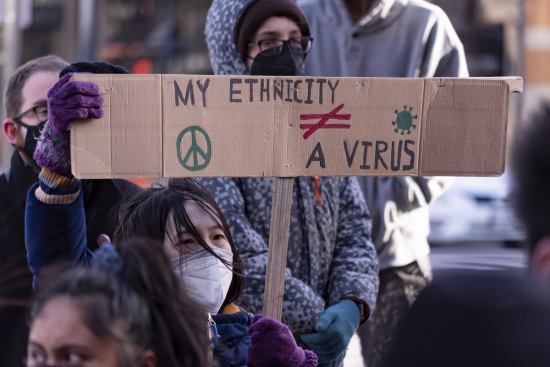 For the documentary branch alone, the number of members has doubled in the past three to four years, resulting in a younger and more diverse group, said Yang, who has served as a voting member for over a decade. “I felt this change reflected in this year’s shortlisted documentaries, which included quite a few that were internationally made. The scope of themes is now wider and better represented.” This year, the five nominated documentary features included only two from the US, while the other three were from Chile, South Africa and Romania.

Technology also matters. In past years, to be eligible, all films had to have been shown in theaters in Los Angeles or New York. This year, due to Covid-19, the Academy had a large number of entries since films that were streamed on the internet could be considered. The rule change resulted in more submissions including films from Asian-American filmmakers and on Asian subjects. The results were reflected in the shortlists.

Hong Kong in the mix

Hong Kong-related films contributed to the rise in submissions. Better Days was Hong Kong’s first Oscar entry to be nominated for Best International Feature Film since 1993. A portrayal of teenage bullying, the movie is set in mainland China but directed by Hong Kong filmmaker Derek Tsang Kwok-cheung. Then there was Do Not Split by Danish director Anders Hammer, a chronicle of the street protests in Hong Kong in 2019. The film was nominated in the documentary short subject category.

There was the inevitable toxic politics. Critics in Hong Kong complained that Better Days did not really represent Hong Kong but was about the mainland. The Oscars ceremony itself was somehow banned by authorities or self-censored in Hong Kong (the television broadcaster that had previously aired the program live with an evening replay decided not do so, making the awards show unavailable to viewers in the city for the first time in 52 years).

In her home country, reports of Zhao’s victory in America were stripped from the media, social and otherwise. Many found ways to applaud her online but only by using code words. Nomadland has been purged from theater listings in the mainland despite early bookings. It has been running in Hong Kong cinemas. The film would have presented to Chinese a sad portrait of the United States, which might well have hewn to the state-approved trope of America in decline, but it was not to be.

Filmmakers and cultural professionals such as Zhao can only hope that someday culture and art will triumph over geopolitics – and those in power will get that censorship of beautiful, meaningful things is ultimately self-defeating. For Asians and Asian-Americans, the fight for their rightful place in Hollywood – and in American society – has only begun. In a post-award interview, an entertainment reporter asked Youn what American movie superstar Brad Pitt smelled like. Pitt, who had announced her award, was executive producer of MInari, along with Yeun. Without missing a beat, the veteran Korean actress replied: “I didn’t smell him. I’m not a dog.” To be sure, Asian culture, arts and society as represented in film and recognized by the movie industry in the US took a big step at Oscars 2021, but there is still a long way to go before they are taken as seriously as they should be. 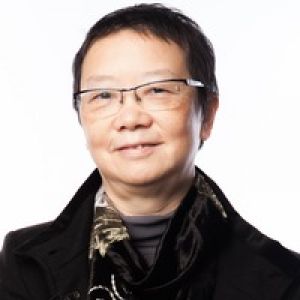