Why does an increase in foreign aid from the United States appear to correlate with a rise in human rights abuses in recipient countries, Salvador Santino Fulo Regilme of Leiden University asks. In a forthcoming book, he argues that in Southeast Asia the converging interests of donor and recipient, together with the domestic legitimacy of the beneficiary government, primarily shape the purposes and political consequences of foreign-aid programs. Those shared interests, in turn, affect the magnitude and scope of repression in aid-receiving states. 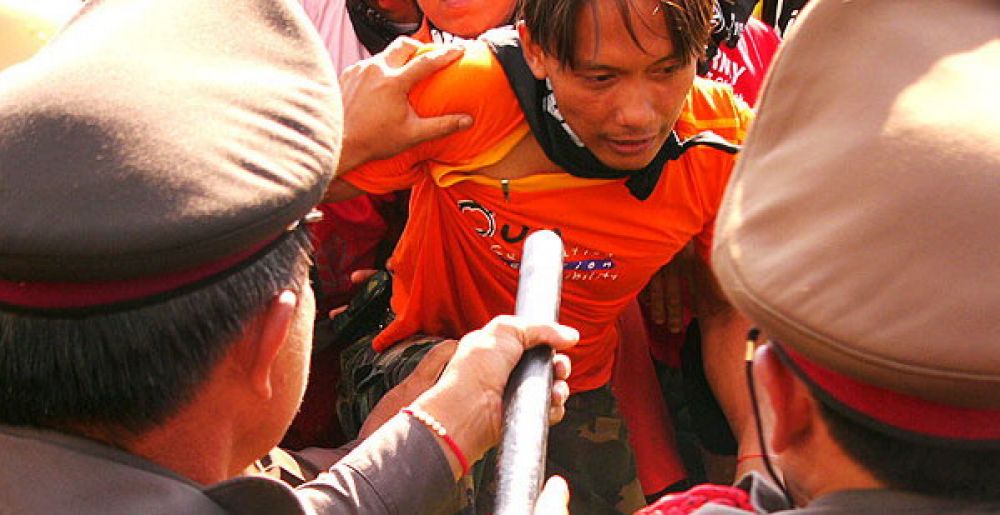 The state confronts the people in Thailand in 2006: There is a correlation between the purposing of US foreign aid and the quality of human rights protection in countries in Southeast Asia (Credit: BioThai)

In 2019, the United States committed to at least US$47 billion in foreign aid obligations to more than 100 countries. The total value of US foreign aid in 2019 amounted to at least 23 percent of the absolute value of aid spending of all the 38 member states of the Organisation for Economic Co-operation and Development (OECD), which is the intergovernmental club of the world’s richest constitutional democracies that uphold market economic principles. The US is the world’s largest state donor of foreign aid.

In recent decades, especially during the post-Cold War period (and with the exception of the presidency of Donald Trump from 2017-21), Washington has persistently legitimized its military and economic foreign aid by invoking its alleged interest in stimulating democratic governance, human rights and sustainable development in recipient countries.

That American legitimization narrative of human rights and democracy promotion vis-à-vis the actual record of aid outcomes in the Global South, however, suggests a different story. Most of the countries receiving US foreign aid have problematic human rights records, particularly in terms of physical integrity rights, defined as the right of each human being, children included, to autonomy and self-determination over their own body – a human person’s claim for dignity through the absence of state-inflicted violence such as extrajudicial killings, torture, enforced disappearances, and other forms of politically motivated physical and mental harassment.

According to US Agency for International Development (USAID) 2020 data, the top five recipients of American aid obligations for 2019 were Afghanistan (US$4.9 billion), Israel (US$3.3 billion), Jordan (US$1.7 billion), Egypt (US$1.5 billion) and Iraq (US$1 billion) – all countries in the Middle East. This list reflects an order in place for years.

In Afghanistan and Iraq, two countries that were substantially destroyed by the US war on terror, enormous amounts of American post-war reconstruction finance have yet to generate lasting peace and stability. US military forces are pulling out of the former by the end of August, raising questions about the effectiveness of the two-decade-long mission. In Egypt, state agents under the administration of President Abdel Fattah al-Sisi have used the cover of counterterrorism as they implement widespread torture, extrajudicial killings, and enforced disappearances of civilian political dissidents. Meanwhile, Israel, the top recipient of US foreign aid since World War II, has been widely accused of the brutal and persistent violation of the physical integrity rights claims of Palestinians.

The situations in those countries reflect a broader global phenomenon, in which high amounts of American foreign aid correlate with widespread, state-initiated abuse of physical integrity rights in recipient countries that are highly dependent upon Washington’s patronage. Given the rhetoric of good governance and human rights promotion in post-Cold War American aid strategies, these questions beg for answers: Why does an increase in US foreign aid tend to coincide with a rise in abuses in recipient countries? Does foreign aid promote human rights abuse? If so, how? 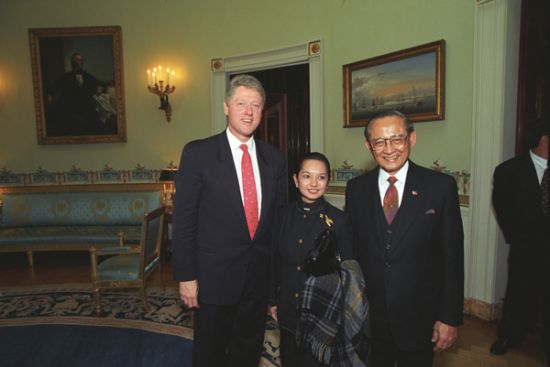 In my book Aid Imperium: United States Foreign Policy and Human Rights in Post-Cold War Southeast Asia, I maintain that the converging interests of donor and recipient governments, together with the domestic legitimacy of the recipient government, primarily shape the purposes and political consequences of foreign aid programs and domestic policies. Those shared interests, in turn, affect the magnitude and scope of state repression in countries that receive the aid.

In the book, I demonstrate how US foreign aid in the 1990s reinforced the emerging public demand in Southeast Asia for good governance, democratization and constitutional human rights protection. During the early post-Cold War years, the US dramatically reduced its military aid and repurposed its overseas assistance programs to support democracy promotion and market liberalization in partner countries.

At that time, governments in Thailand and the Philippines, countries with longstanding strategic alliances with the US (the latter’s buttressed by a mutual defense treaty), faced enormous domestic pressure to bolster their constitutional democracies and put their Cold-War-era pasts well behind them. After the fall of the dictatorship of Ferdinand Marcos in 1986, the government of president Corazon Aquino was beset by several coup attempts, none of which succeeded. In February 1991, the year the Soviet Union collapsed, a military putsch in Thailand toppled the elected government.

In the 1990s in Southeast Asia, the administration of US president Bill Clinton boosted American economic investment and poured in aid to promote democratic governance as the ideal political system, support the strengthening of human rights, and push for market-liberalizing structural reforms. In this, American interests converged with those of the policymakers, elites and the public in recipient countries. The aid and pressure played a significant role in bolstering democratization in the region, with dramatic improvements in governance and human rights compliance, particularly the protection of physical integrity rights. In Thailand and the Philippines, in particular, this fortified the legitimacy of governments in power, diminishing if not altogether eliminating the need to deploy force against political dissidents, which contributed further to improving the human rights situation.

By contrast, the US under Clinton’s successor, George W Bush, reoriented its massive foreign-aid apparatus towards counterterrorism and intensifying military action in response to the 9/11 terror attacks and the perceived threat posed by armed Islamic extremism. While the Middle East was the frontline of the US-led global “war on terror”, the Bush administration considered Southeast Asia as a “second front”. The priority was to quell militant Islamic rebel groups that were cast as part of a global jihad against the US. 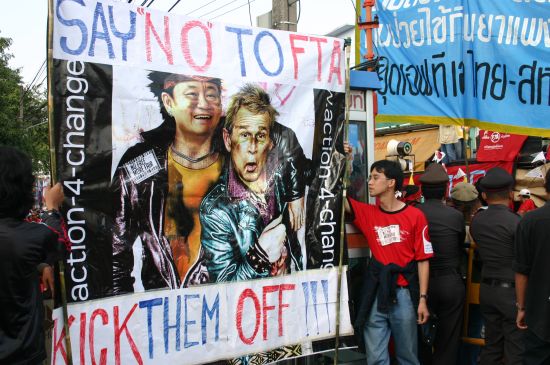 Armed with dramatically increased amounts of post-9/11 foreign aid from the US designated to support the fight against violent extremists, the Thai and Philippine governments strategically invoked the “war on terror” to justify increased state repression not only of armed rebels but also of civilian dissidents and government opponents. In the case of Thailand, the highly insecure and embattled administration of prime minister Thaksin Shinawatra in 2003 implemented a “war on drugs” as part of the country’s local version of the war on terror. During the first three months of the military campaign, the drug war generated at least 2,800 documented cases of extrajudicial killings of civilians, including unarmed dissidents and activists. 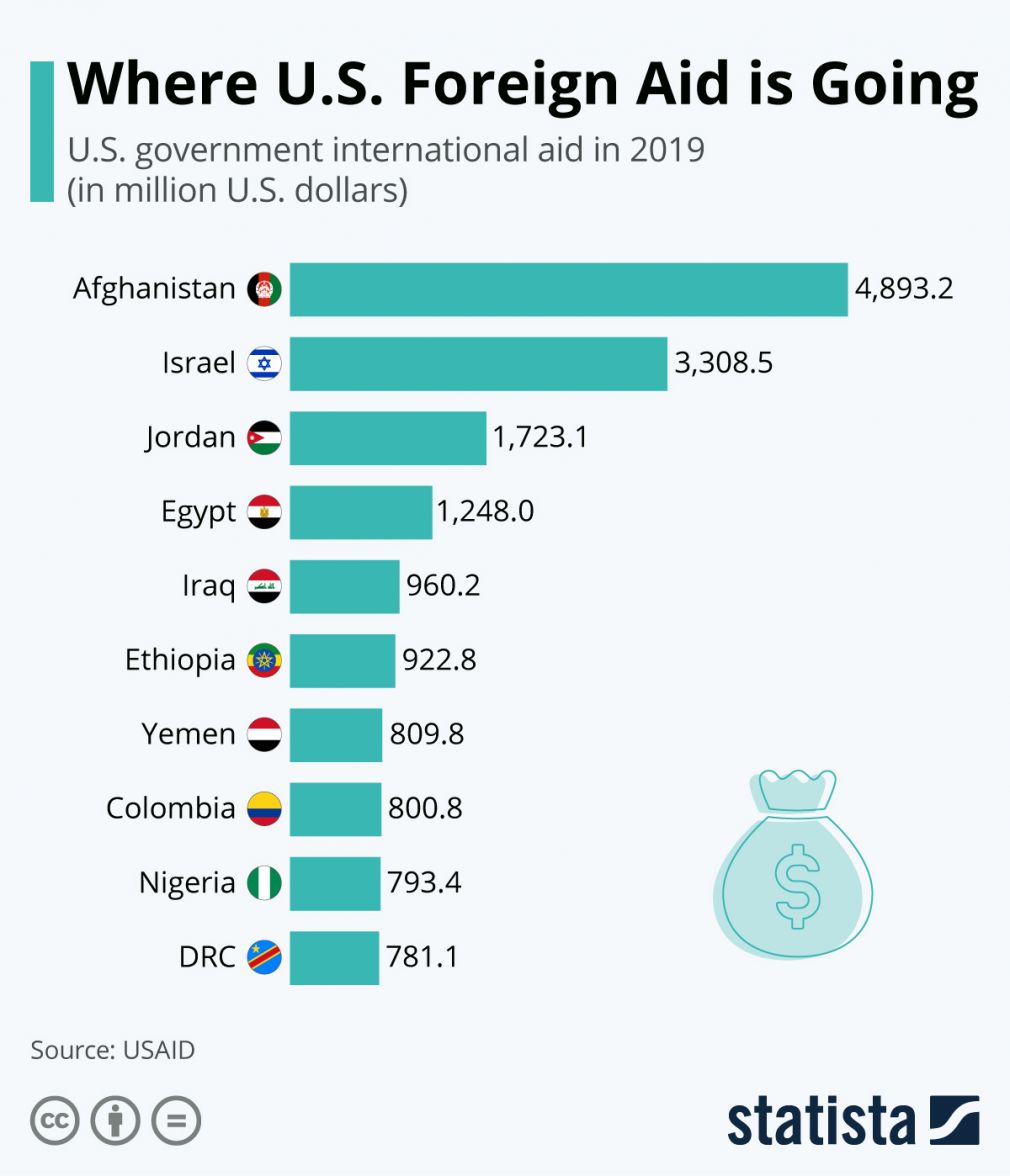 In the Philippines, the administration of Gloria Macapagal Arroyo also received large amounts of US foreign aid. The president introduced her “strong republic” political paradigm as justification for intensified state violence. The government systematically deployed foreign aid and domestic resources to expand the its coercive apparatus. 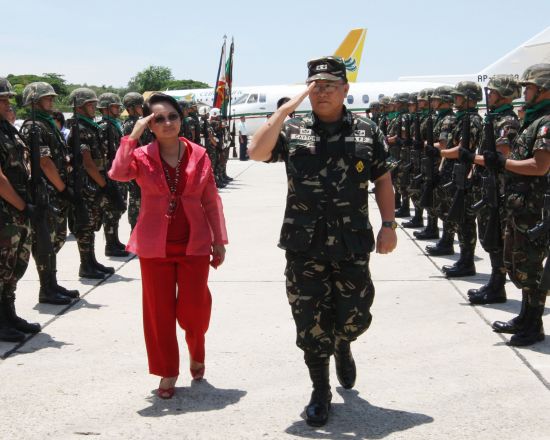 Both cases suggest that, during periods of a transnational military security crisis such as the perceived global threat of non-state terrorism, governments are keen to increase domestic state repression so as to eliminate the security risks. When governments consider themselves as fundamentally weak or somehow limited in their ability to respond, as both the Thaksin and Arroyo administrations did, domestic state repression is more likely to increase, and unarmed political dissidents are liable to become targets. Insecure governments use foreign aid aimed at fighting terrorism, militaristic political discourse, and domestic state resources to step up suppression of all forms of political dissidence and consolidate their authority.

Human rights reforms in the 1990s were essentially rolled back by the sudden shift in Washington’s strategic agenda that received strong support from Thailand and the Philippines. Similar crises in human rights protection due to the changes in the purposing of US foreign aid have also occurred in Colombia, Kenya and Pakistan – all key participants in the Bush administration’s global war on terror.

The evidence from post-Cold War US foreign policy in Southeast Asia offers an intriguing insight about the impact of foreign aid on human rights. Whereas mainstream analysis focuses only on the material dimension of the assistance, it is critical too to understand the role of geopolitical motives and strategic policy goals of foreign aid. Foreign aid per se is neither good nor bad for human rights. Rather, the shared ideas and converging interests of donor and recipient governments ultimately shape the broader frameworks that make foreign aid a potent tool for social transformation – either positive with the emergence of better governance and improved human rights protection, or negative with increased state violence and the suppression of political dissidence. 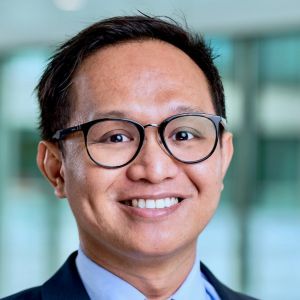 Salvador Santino Fulo Regilme Jr is a tenured international relations scholar at the Institute for History of Leiden University in the Netherlands. He is the author of Aid Imperium: United States Foreign Policy and Human Rights in Post-Cold War Southeast Asia (University of Michigan Press, 2021), co-editor of the forthcoming volume Human Rights at Risk: Global Governance, American Power, and the Future of Dignity (Rutgers University Press), co-editor of American Hegemony and the Rise of Emerging Powers: Cooperation or Conflict (Routledge, 2017), and the author of peer-reviewed articles in International Political Science Review, Political Geography, Third World Quarterly, and Human Rights Review, among others. In 2015, he received a joint PhD in political science and North American studies from the Freie Universität Berlin. He previously studied at Yale University in the US and at Osnabrück University and the University of Göttingen, both in Germany. He is the 2019 winner of the Asia-Pacific Best Conference Paper Award of the International Studies Association.

Thursday, January 27, 2022
What is at stake for the isolated Southeast Asian nation?

Wednesday, January 26, 2022
Indonesia and its leader Joko Widodo could play an important role in brokering a deal with Naypyidaw.