Mind Games: The Effects of Air Pollution on Cognition

Air pollution has countless victims—nearly nine out of ten people across the globe breathe polluted air, according to the World Health Organization. New research suggests that it even reaches the unborn, moving from a mother’s lungs to the placenta and fetus. Not only does it cause health and economic ill-effects, but it also impacts human cognition. 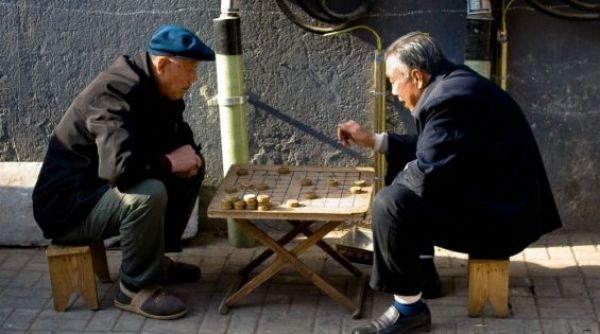 While the toll that breathing polluted air exacts on health and physical wellbeing is richly documented, lesser known is its impact on human intelligence. In a first-of-its-kind study, conducted with our colleague Xin Zhang of Beijing Normal University, we found that continued exposure to air pollution lowers human intelligence, with the effects becoming more pronounced with age. Developing countries, which dominate the list of the world’s most polluted cities, are most at risk from such effects.

India, home to six of the ten most polluted cities in the world, has struggled in recent years to curb pollution in its capital city, New Delhi. Every year, air pollution worsens during late fall and early winter, coinciding with the crop burning season. The situation is similar in other northern Indian cities, notably Allahabad in Uttar Pradesh and Patna in Bihar, as well as central Indian metropolises such as Raipur in Chhattisgarh and Gwalior in Madhya Pradesh. Other Asian cities afflicted with heavy air pollution include Xingtai and Baoding, both in China’s industrial Hebei province; Zabol, an Iranian city near the Afghan border; and Jubail, a major Saudi Arabian petrochemical hub.

These cities all have at least 12 times the number of air pollutants than the world’s least polluted country, New Zealand. The quality of life in some of the world’s busiest cities and hubs of rapid economic growth has been hijacked by air pollution, and their residents are unwillingly and unconsciously afflicted by diseases as a result. As our research showed, the damage goes even deeper than that. Conducted in China, which has long struggled with extreme levels and extended bouts of air pollution, our study revealed the impact of air pollution on human intelligence.

With a sample size of nearly 32,000 people, we examined the relationship between verbal and mathematics test scores, taken from the nationally representative China Family Panel Studies longitudinal survey conducted in 2010 and 2014, and short- and long-term air pollution exposure calculated from official air pollution index values. Both verbal and math scores decreased with increasing cumulative air pollution exposure, with a steeper decline for verbal scores than math scores. The decline in verbal scores was more pronounced among males than females. Among males, the decline in verbal scores became more pronounced with age, and this age dependence was greater in those with less than a middle school education compared to those with a middle school education or more.

The damage air pollution does to aging brains could incur substantial health and economic costs, as cognitive decline or impairment is a risk factor for Alzheimer’s disease and other forms of dementia that often plague the elderly. Despite their important policy implications, air pollution’s effects on cognition have thus far been neglected in policy discourses.

Any effort to reverse rising air pollution brings considerable benefits, including for cognitive abilities. We found that a reduction of fine particulate matter concentrations to the level prescribed as safe by the U.S. Environmental Protection Agency (50 μg/m3) would significantly increase verbal and math scores—by 2.41 and 0.39 points, respectively. To put it another way, an increase of just 12 units in the Air Quality Index (whose range is 0-500, with 500 indicating most polluted) could lead to the equivalent of the loss of one whole year of education for less educated older men (aged 65+). The impact is also sizable for less vulnerable groups.

Our findings about the damaging effect of air pollution on cognition, particularly on the aging brain, imply that the indirect effect of pollution on social welfare could be much larger than governments previously thought. A narrow focus on its negative effects on health may underestimate the total cost of air pollution.

An increase of just 12 units in the Air Quality Index could lead to the equivalent of the loss of one whole year of education for less educated older men.

It is possible that the observed negative effect of air pollution on cognitive performance is due to behavioral change rather than impaired cognition: people may become more impatient or uncooperative when exposed to more polluted air. Therefore, to check this possibility, we examined the impact of exposure to air pollution on patience and cooperation during our interviews. The results indicate that there is no significant correlation between air pollution and interviewees’ patience and cooperation, ruling out the behavioral channel. Air pollution-induced changes in brain chemistry or composition are thus more plausible as an explanation.

These research findings on China are also notable for other developing countries that are undergoing rapid economic transformation and witnessing high rates of urbanization. The World Health Organization notes that the world’s 20 most polluted cities are in developing countries, and almost all cities in low- and middle-income countries with more than 100,000 residents fail to meet its air quality guidelines.

Remedying the current situation in the worst-affected countries requires sustained political will and evidence-based policy measures, which even if implemented now are unfortunately at least a decade too late. New findings about the negative impact pollution has on mental health compounds the evidence that hazardous pollution across the developing world has serious deleterious consequences for millions of lives. Policymakers need to find ways to clean up pollution, and take lessons from countries that have made significant progress on this front.

Further, as an issue that reaches beyond national borders, tackling air pollution requires well-coordinated, global actions. However, the international community has experienced major setbacks as U.S. President Donald Trump recently announced plans to dramatically relax fuel efficiency standards and regulations on coal-burning power plants, and tried to bury a climate change report issued by his own administration. Jair Bolsonaro, the newly elected president of Brazil, has threatened to quit the Paris climate agreement. The slowdown of the Chinese economy may also kick fighting climate change off the priority agenda for the world's largest carbon emitter. This probability has already reared its head, as can be seen in the recent relaxation of China’s environmental regulations.