AI and the Disruption of Social Sectors

Artificial intelligence (AI) is typically viewed in a corporate, profit-making context. Examples include technologies deployed by banks to streamline financial services, Amazon to deliver goods, Facebook, to enable social media and advertising, and Google to improve autonomous driving. But as Jay Rajasekera of Tokyo International University observes, AI is also disrupting the social sector, enhancing the services of government agencies and non-government organizations that value accuracy and integrity over revenue and profits. 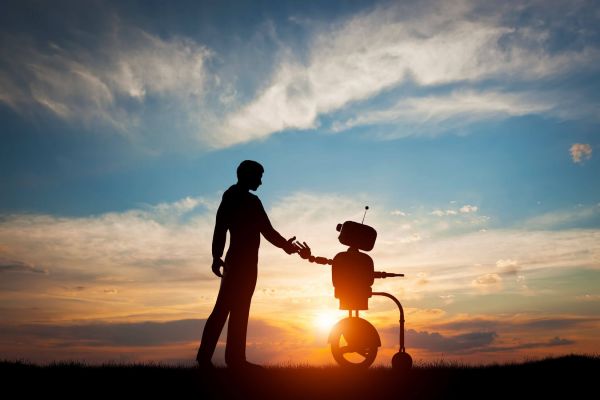 The 1990s and early 2000s were one of the most difficult periods in post-World War II Japanese history. With eight prime ministers in as many years, the country was engulfed in a long-running political crisis. One major cause was the national pension system. This affected about 50 million pension accounts, for which the government could not correctly identify the holders. The public’s anger over the scandal was a key reason that no prime minister could last long. It took Japan’s Social Insurance Agency, which had 17,000 employees, five years to identify the accounts properly.

Today, 50 million records, while a sizable database, falls short of what we would call a “big data” issue. Yet going through them manually and finding matching records would be a slow and inefficient process that would be prone to errors.

Faced with such a challenge in the present day, experts would likely deploy artificial intelligence (AI). This means getting computers to perform tasks that require what is essentially human thinking. Accurately sorting through 50 million records can be done much more quickly now as computers have become super-fast (and will become even faster with developments in quantum computing) and so-called AI algorithms are quickly becoming available to solve such problems – so long as the information is all in digital form. The Canadian government is turning to AI to address snags in its health and social welfare benefits systems. In China, AI algorithms able to review millions of CT scans for signs of cancer are making up for the lack of radiologists able to handle the diagnostic load.

With technology advancing rapidly, new applications are disrupting many sectors by solving problems that were impossible or too time-consuming to handle before. The deployment of AI is typically recognized in the corporate context, where tech companies such as Amazon, Facebook and Tesla have adopted machine learning (ML). It has also made inroads in healthcare for diagnostics and records management and analysis, and in the financial services, helping to underpin virtual banks and digital wealth management apps.

But AI is also proving disruptive in what we call the social sector: government agencies and non-government organizations for which profit and shareholder value are not paramount concerns but accuracy and integrity are vital. At the heart of applying AI to such areas are three key branches of AI: a) natural language processing (NLP), b) computer vision, and c) speech recognition, where humans used to be far better than machines. With improved and cheaper computing power, along with advances in algorithms, it is now possible for computers to accomplish tasks that human ears, eyes and brains used to do. It might not be applicable to every task but in many, AI has proven quicker and more accurate.

NLP is the understanding and analysis of human language in voice and text messages by computers. Many disruptive ideas applied in social sectors had come as a result of NLP. For example, some of the “meddling” in the 2016 US elections was a deep learning exercise – hackers tapping into huge data sources of social media and using NLP-based AI algorithms to crunch millions of records and determine the political leanings of individuals or groups. Text messages written as comments on an online portal are a gold mine for marketing experts if AI can find new market segments that were unknown before.

Computer vision is the ability of computers to “see” images and videos and identify the content. Autonomous vehicles from cars and buses to lorries and drones that are disrupting the transportation and automotive sectors are made possible by computer vision. Using AI algorithms, computers can identify a dog, human, traffic light, building or road sign. Leaders in these technologies such as Uber claim that self-driving cars have proved to be much safer than those driven by humans.

With speech recognition, computers are used as ears. AI algorithms train them to understand the sounds that humans make. This has led to a major disruption in elderly care, especially in Japan, which has the highest percentage of people aged 65 or older in the world. Robots that can understand human sound bites are helping to make up for the shortage of nurses. As AI-driven speech recognition develops further, it is going to change the entire telemarketing business by disrupting the traditional ways that it is done now, often with by call-center staff located in low-cost places like India and the Philippines. Eventually, computers and cloud computing will take over their role.

With the adoption of artificial intelligence in social sectors, governments will need to work with business to set standards and policies and to provide funding

NLP, computer vision, and speech recognition are all systems that provide input to computers. When the computers take these inputs and figure out by themselves what decisions to make, that is called machine learning – the computers learn more and more over time as they process more and more data and make more and more decisions. Fourth Industrial Revolution technologies and processes – from big data and quantum computing to the Internet of Things (the ubiquity of data-gathering sensors linked to the Internet) – are driving AI and ML, which are now disrupting a range of social sectors including healthcare, public security, inclusive financial services, agriculture, education, development, and humanitarian relief.

How artificial intelligence is connected to the social sectors

The adoption of AI and ML in social sectors is generally aimed at improving and indeed maximizing efficiency, consistency and accuracy (including the elimination of incorrect repetition). Countries leading the revolution include China, the US and Japan. According to a recent study, of the total number of research articles on AI published by technical experts from 2011 to 2015, China produced 41,000, the US 25,000, and Japan 11,700. They were followed by the UK and Germany. Notably absent from the list is India, a country which has gained a global reputation as a software powerhouse.

China has applied AI into almost everything. One advantage China has is its large population of Internet users. It is therefore accumulating huge amounts of data. Analysis of this information can solve many problems. Applications can diagnose childhood disease as well as or even better than doctors. The US is the world’s pioneer in using AI for commercial applications. Companies such as Amazon and Salesforce have constantly been providing and using AI tools for private enterprises available on a cloud platform. Non-profit giants such as United Way, a coalition of charitable organizations, have started using AI-supported techniques to improve their fundraising.

Japan, meanwhile, has long focused on hardware, integrating AI into disruptive product innovations. Some of the world’s first smart devices such as rice-cookers and microwave ovens used an early form of AI known as fuzzy logic. Now, Japanese companies have integrated AI and ML into industrial robots to disrupt the manufacturing and delivery and logistics sectors. Thanks to smart robots, production lines are now organized for mass customization to produce what each individual customer ordered at high quality and in any amount.

The Japanese government recently announced that it would build 10 AI hospitals to get around the shortage of doctors and cut costs. Japan could disrupt the global healthcare ecosystem if it were to export this concept to other countries that also lack healthcare facilities and professionals. Japan does not generate nearly as much data as China. It has the lowest percentage of computerized medical records among Organisation for Economic Co-operation and Development (OECD) countries. The government is promoting tie-ups between hospitals and IT companies to create opportunities for big data analytics and AI testing.

In promoting the adoption of disruptive technologies such as AI and ML to maximize efficiency, consistency and accuracy in vital social sectors, governments will need to work with business and industry to set standards and policies, and in some cases, to provide funding. Social sectors generate huge amounts of data. Going forward, the key to successful and sustainable integration of AI and ML is proper security in handling such big data. This will be necessary to build trust in the machines at will be helping humans do their good work.

Observatory of Public Sector Innovation. (August 2019) “Hello, World: Artificial Intelligence and its use in the Public Sector”, OECD, Paris.

Jay Rajasekera is vice president and professor of digital business and strategy at Tokyo International University in Japan. He began his professional career in 1984 at Bell Laboratories in New Jersey, USA. At Bell, he designed and patented the “repeater optimization” algorithm for the construction of the world’s first undersea fiber-optic cable. A large percentage of the world’s Internet traffic is carried over the optical cables built using his algorithm. Rajasekera is an award-winning sumi-e (Japanese ink painting) artist.