Agricultural Subsidies and Climate Change: A Policy Reflection from Africa

Climate change is severely affecting smallholder farmers in Africa, who represent the majority of the agriculture sector across the continent. AsiaGlobal Fellow Victor Mponda-Banda looks at how his native Malawi responded to the challenge and assesses the pros and cons of using subsidies to mitigate the impact of global warming. 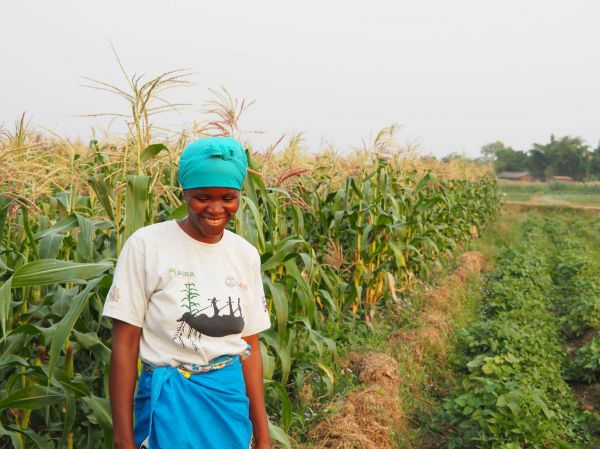 Climate change touches on all spheres of life in every corner of the world. It is a policy issue requiring responses at national, international and global levels. It is therefore not surprising that a global movement has begun to draw the attention of world leaders and policymakers to act on climate change.

The recent Climate Action Summit on the sidelines of the 2019 United Nations General Assembly in New York highlights the attention climate change draws. As The Economist recently put it, climate change is a dangerous threat whether you are a Wall Street stockholder or a Malawian smallholder farmer.

For Africa, climate change has led to increasingly adverse weather phenomena such as El Niño, La Niña, and recent Cyclones Idai and Kenneth, which in March and April this year wreaked havoc through rainstorms and floods in southern and eastern parts of the continent. Climate change has devastated agriculture production through extreme weather that has caused severe floods, droughts and other natural disasters that have had detrimental impact on food production, supplies, incomes and livelihood. Climate change has made attaining the UN Sustainable Development Goals (SDGs) more difficult: SDG 13 – climate action – is required to attain SGD 2 – zero hunger – which of course directly affects SDG 1 – no poverty.

How do governments respond to agricultural challenges?

Given that climate change is a clear, present and predictable danger, it is reasonable to conclude that ad-hoc policy measures must be replaced with thoughtful long-term strategies that take a proactive approach to climate management and adaption. As climate change effects increase in duration, severity and number, proactive and long-term climate strategies are necessary and the responsible course of action.

In an AsiaGlobal Online article published in October 2018, John Freebairn, who holds the Ritchie Chair of Economics at the University of Melbourne, noted that there are three categories of agricultural policy responses to climate change:

Freebairn’s analysis illustrates how Australian farmers can take advantage of the Farm Household Allowance, a government safety net aimed at countering poverty among farming households. He asserts that this policy is an important instrument for ensuring social equity whatever the impact from climate change.

Smallholder farmers in Malawi are disproportionately affected by climate change, suffering increasingly severe consequences while themselves contributing relatively little to global warming. This asymmetry is shared among smallholder farmers across Africa, creating vast social equity issues for agricultural-based economies trying to survive in the face of significant environmental challenges.

The two sides of the subsidy solution

Prior to FISP, Malawi’s agricultural sector had struggled with recurring food-security issues despite efforts to address them through policy. Severe drought and flooding during the 2001-02 season and even worse during the 2004-05 season affected approximately 3.2 million and 4 million people, respectively. Recurring drought and flooding led to cyclic food shortages, which required comprehensive and long-term policy interventions to address effectively.

FISP’s success attracted international attention and praise for the government of Malawi. Agricultural production doubled in a single harvest season (2006) and the Malawi began to produce grain in excess of national food requirements year after year. Consequently, Malawi has had a grain surplus and expanded exports mainly to the Southern African region. As a result, other countries in Africa such as Rwanda and Zambia have applied aspects of FISP to their own agricultural sectors. Due to FISP’s success, the program has maintained funding and become a flagship government initiative in Malawi.

Critics of FISP, however, argue that, while the program has improved food security, it also requires continuing support and increasing resources to operate. In the process, FISP distorts the agricultural market and stifles private-sector investment. Significantly, this means that resources are being allocated to programs such as FISP that seek to manage, rather than prevent, climate change.

Malawi successfully achieved the 10-percent target of agriculture allocation in the national budget in accordance with the Maputo and Malabo Declarations (of 2014 and 2003, respectively) under the African Union’s Comprehensive African Agriculture Development Program (CAADP). However, since the introduction of the FISP in 2005, the economy’s agriculture sector failed to achieve the anticipated 6 percent annual growth rate. In part, this is because resources that would have allowed Malawi to meet its annual agricultural sector growth target had been allocated to managing climatic shocks in the short-term through FISP. More efficient resource allocation could have driven greater agricultural growth alongside the climate-change adaptation.

For a resource-poor economy such as Malawi, FISP has thus far been a costly program and may be preventing resources from driving agricultural innovation that might actually allow the sector to endure during climatic shocks and even thrive. In addition, FISP’s objective of greater food security through increased agricultural production appears to be unsustainable in the long term.

Though FISP has resulted in short-term agricultural output gains, increased use of fertilizer and improved seeds does little to restore soil fertility or improve farmers’ resilience and sustainability against climate change effects. Furthermore, market inefficiencies such as price controls and export restrictions discourage commercially oriented farmers to grow production. Reforms to increase efficiency implemented in the 2016-17 season such as greater private sector involvement and increased crop variety should be allowed to work so that future subsidies are managed sustainably and FISP can be concluded.

FISP initially achieved its goal of food security but has subsequently led to inefficiencies and leakages that have inhibited its effectiveness. Cyclical climatic shocks have continued to result in sub-optimal performance over time. Therefore, an effective path forward should harness Climate-Smart Agriculture (CSA) land management practices that increase food security and boost resilience and adaptability for farmers in climate change-prone regions as prescribed by the UN Food and Agriculture Organization (FAO).

In addition, the implementation of Precision Agriculture (PA), which focuses on the use of innovative technologies could reduce input costs by providing farmers with information to optimize field management practices, resulting in environmentally sustainable yields and incomes. PA may include efficient use of inputs like fertilizer, which is a key component of FISP. PA could also create efficient management of post-harvest losses, which are significant for agricultural output in Africa. An FAO report from 2011 estimated that losses are high in the Sub-Saharan region, reaching 20 percent of production in the post-harvest handling and storage period.

Both CSA and PA have the potential to increase efficiency of climate change responses while FISP could improve by incorporating aspects of the two to optimize its impact. Though PA requires high-tech applications and could increase costs, CSA may not be so costly as it is focused less on technological innovation and more on practical land management practices. Basic irrigation, rainwater harvesting and recycling are attainable practices for the majority of smallholder farmers and could help manage the agricultural sector through climate change during the short term. The efficiency of FISP should increase if it is combined with modern and efficient agricultural practices.

FISP was a useful response to climatic shocks because it led to increased production of key crops, but its efficiency can be improved at all levels. Scarce resources, required for implementing FISP, could be more evenly and broadly spread throughout the agricultural sector to drive innovation in extension services, and research and development could be further integrated into program to create a continuous reform process.

Facing a growing threat to food security due to climate change, policymakers should promote adaptation, mitigate risk, build resilience and enable sustainable growth for the agricultural sector in the long term. FISP has the potential to spur growth and innovation beyond consumption for social safety-net considerations. As the World Bank postulates, encouraging transformation of the agriculture sector requires drawing a line between agricultural policies and social policy as combining the two may only provide modest progress or stagnation. Rather, policymakers need to focus on models that integrate multiple innovative strategies and focus on long-term efficiency. Other countries can learn from the Malawian model and apply it domestically.

Victor Mponda-Banda is a 2019 Asia Global Fellow 2019. He previously served as a policy advisor for the Alliance for Green Revolution in Africa (AGRA) at the Ministry of Agriculture in Malawi.