Afghanistan at a Crossroads: Perspectives on the Ground

With the withdrawal of US military forces from Afghanistan and the collapse of the Washington-supported government in Kabul, the Taliban have moved quickly and effortlessly to retake control of the country. The central Asian nation is heading into a new yet familiar chapter in its tortured history, writes 2020/21 AsiaGlobal Fellow Jason Yip, who served there from 2013 to 2015 as a delegate of the International Committee of the Red Cross. He reflects on the unfolding situation and considers the perspectives and concerns of ordinary Afghan people. 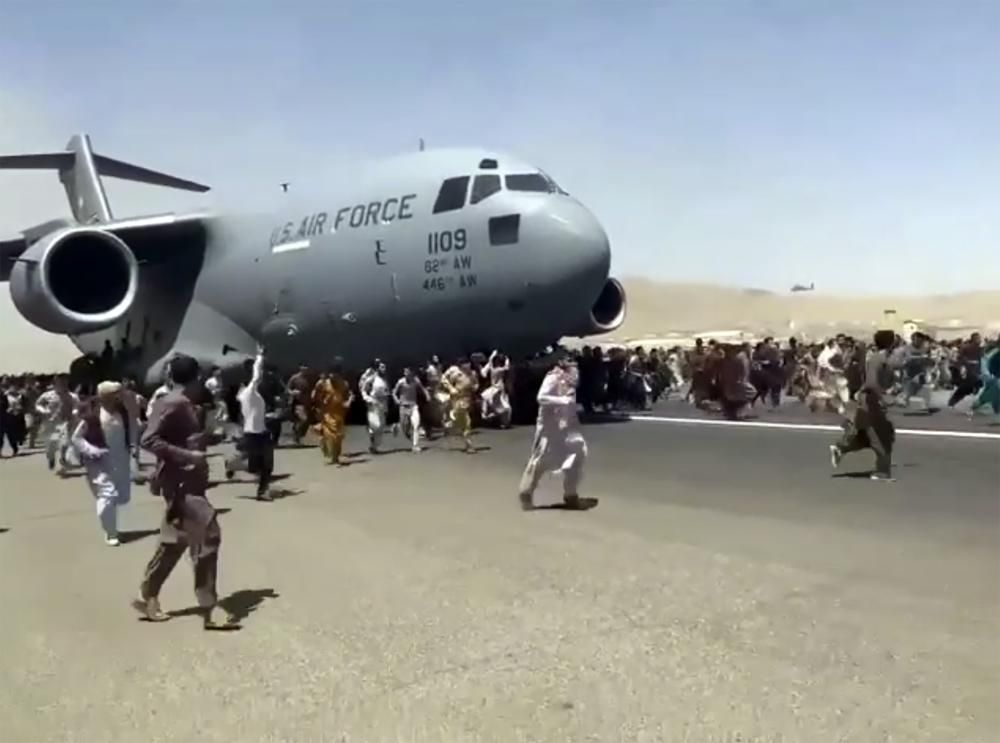 Since the US confirmed its plan to withdraw most American troops from Afghanistan by the end of August, the race by the Islamist militant Taliban to reclaim the country has accelerated beyond expectations. From the beginning of July, the drama of “peace talks” involving the US, the Afghan government and the Taliban had been unfolding, together with intensifying clashes among the three parties on the ground. Just days after receiving US Deputy Secretary of State Wendy Sherman in Tianjin, Chinese officials welcomed Taliban co-founder Mullah Abdul Ghani Baradar in the same city.

But as the great powers jostle for position, what will be the fate of the Afghan people? What do they really want? And what do they worry about most? Unfortunately, their voices are of little or no interest to either the superpowers or the mainstream media. Yet they have voices. After reaching out to local contacts, I have tried to capture their inner thoughts and concerns. 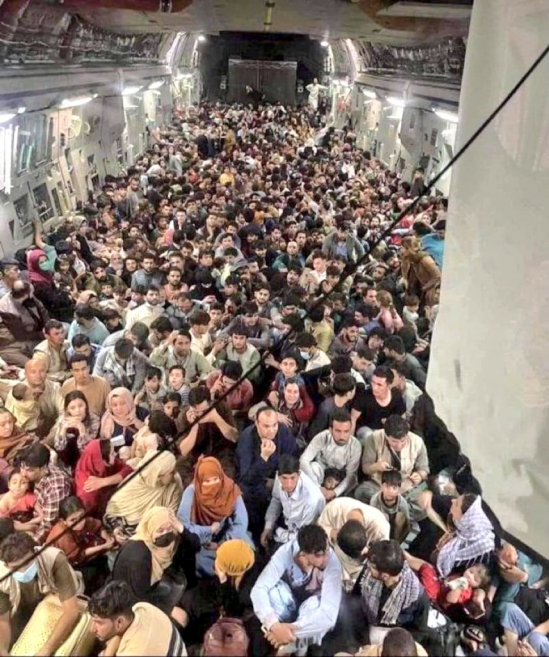 What have they left behind?: On a US cargo plane, Afghans take flight to an uncertain future

A security vacuum – and a political one

The departures of most of the US military and those of its allies created a security vacuum in Afghanistan that has led to the collapse of the Afghan government, anarchy on the streets, and a takeover of power and control by the Taliban, which ruled about two thirds of the country from 1996 to 2001 by strict enforcement of Sharia law. That American forces quit their base in Bagram at night without even a formal declaration underscored the severity of the situation and how quickly Afghanistan was plunging into chaos.

Most city-dwelling Afghans feel betrayed because the US failed to keep its promise to put Afghanistan’s political, economic and social development back on track through military operations and associated capacity building to support the government in Kabul. Instead, the US has left behind a highly corrupt administration and a rag-tag military with low morale. Afghan soldiers were reported to be escaping to neighboring Central Asian countries as Taliban forces advanced.

Educated Afghans in urban areas know that ultimately the country and its people have little influence over its fate. In this latest edition of the Great Game, China could be a new and interesting player. But most Afghans know well that no foreign force – neither the US nor the Soviet Union before it – really stood for the interests of the local population. Unquestionably, their wish would be that their own elites would agree to form an alliance government that embraces all tribes and political spectra.

That sadly is mission impossible. Consider the divide between Ashraf Ghani, the president who fled to Oman (after Tajikistan denied him entry), and the Taliban. Take into account too the conflicting interests among the various militias of the revived Northern Alliance, an anti-Taliban coalition that includes some officials of the now-collapsed government, and the deep-seated hatred that various ethnic groups including the Pashtuns (who make up a large part of the Taliban leadership) and the Hazaras (who were seriously persecuted during the last Taliban regime) have for each other. There is a distinct possibility of a full-blown civil war if these various sides, including the Taliban, cannot reach any sort of agreement in the post-US security and political vacuum. 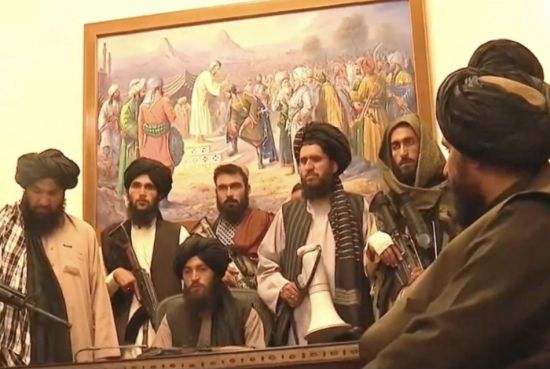 The return of the Taliban

The major concern of most stakeholders including the US and its Western allies is undoubtedly the return of the Taliban and its implications. When they were in power, the Islamist military organization had been notorious for enforcing strict religious practices and violating human rights, particularly against women. But this is not what most Afghans are worried about as the group resumes control. Indeed, the Taliban has substantial support in rural areas. This is not a new phenomenon, having been the case for at least a decade.

When I was working in Afghanistan for humanitarian missions, it was always necessary to coordinate with the Taliban’s chain of command on the ground so that relief convoys could pass through without obstacles. The convenient explanation for the support that the Taliban enjoy may be the religious passion and the higher rate of illiteracy of rural folk.

But that is not the whole story. Most of the armed conflicts between the international security forces and the Taliban have occurred in rural areas. Afghans living outside the cities would welcome the departure of the Americans and the return of the Talib because this might actually mean a calmer life. By contrast, it is their urban counterparts, who have only occasionally had to experience suicide terror attacks, who are likely to be far more concerned about what the return of a harsh application of Islamic law would mean.

The peace that never comes

Most urban Afghans who are still active on social media instead of packing and attempting to flee the country, appreciate very much the attention that their situation has attracted around the world. At the same time, they find being in the global spotlight to be a perplexing paradox. They wonder what has changed to warrant the international community’s sudden all-consuming interest – the 24-7 blanket media coverage is a measure of that – after turning only cold, indifferent eyes on the country over the last few years.

To most observers outside Afghanistan, the departure of the US and the return of the notorious Taliban are replete with symbolism, given the history of the American invasion in 2001 after the 9/11 terror attacks. Americans, especially those in the military who served in Afghanistan, are haunted by the ghosts of Vietnam and the debacle of that war which ended nearly 50 years ago. It is discomfiting for anyone to watch a country, a society, descend into what many fear could be a devastating civil war.

But ordinary Afghans have known that the joint operations of their government’s military and US soldiers would never gain full control of the country. The Taliban remained a force to reckon with even after the US toppled them from power and began its occupation. Armed conflict never really ended in 2001. For Afghans, it has been a feature of daily life – and a source of exhausting fear, whether it be of a night raid on their village by international forces or of a bomb exploding on a city roadside. 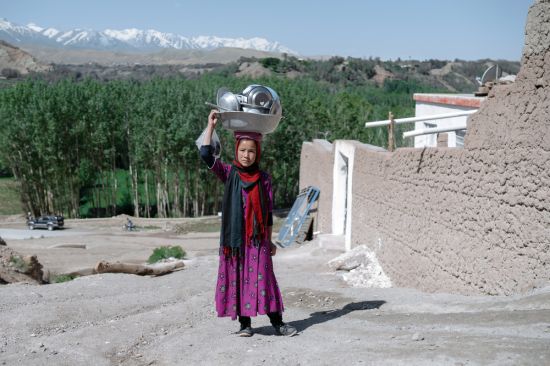 Life will go on – but will it be peaceful?: Hazara woman in Bamyan carries washed dishes (Credit: solmaz daryani / Shutterstock.com)

The casualty counts tell the story. In recent years, the deaths among Afghan military and security forces have mounted and so has the number of civilian victims. The fatalities have only increased over the past month. Friends in the humanitarian sector have been working endlessly to transfer wounded civilians to medical facilities or deliver assistance. In a statement on August 9, the United Nations Children’s Fund (UNICEF) highlighted the tragic news that 27 children had died in three days amid fierce fighting between the Taliban and government forces. This was on top of more than 1,000 civilians killed in clashes in the previous month.

In such a situation, the big geopolitical questions raised by the US departure – the possible involvement of China, whether Pakistan or Iran could fill the political vacuum – are too far removed from the stark reality on the ground. As my Dari teacher in Kabul asked, “Does it really matter?” Who sits in the presidential palace in Kabul may matter more but only if it finally means some kind of peace and stability for Afghanistan’s war-weary people.

The geographical location of Afghanistan has undoubtedly influenced the destiny of country and its people. Situated at a strategic crossroads with more powerful neighbors and beset by rivalries among a host of domestic players of diverse interests, Afghanistan has never had a chance to map out a consensus on its future. The risk of civil war has always seemed to be present. The arrival of the American military in 2001 never brought peace. How could anyone imagine that it would come with their departure? 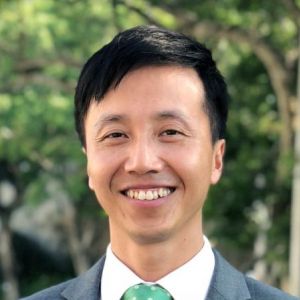 Jason Yip is the chief executive officer of MWYO, a “think-and-do tank” on youth policy in Hong Kong. After working as an investment bank financial analyst, he changed his career to work on humanitarian issues in underprivileged countries. Before returning to Hong Kong in 2019, Jason was the regional head of the unit at the government affairs and donor relations division of the International Committee of the Red Cross (ICRC), covering China, Malaysia and Singapore. During his tenure, Jason worked in Geneva to develop dialogue and mobilize resources with the member states to the Geneva Convention. He had previously been stationed in Palestine, Afghanistan and Myanmar as an ICRC delegate to implement humanitarian interventions. He also contributed to various emergency relief initiatives including for the 2008 earthquake in China’s Sichuan Province and the Rohingya migrant crisis in the Andaman Sea in 2015. He holds a bachelor’s degree in business administration from The University of Hong Kong and a master’s degree in international relations from Waseda University, which he earned with a scholarship from the government of Japan. In 2018, Jason was awarded a Medal of Honour by the Hong Kong Special Administrative Region Government and was selected as one of the year’s Ten Outstanding Young Persons by the Junior Chamber International Hong Kong.