Resurrection of the Middle Kingdom

As Xi Jinping begins his second term as president, the "new era" that he intends to install is becoming clearer to observers. It features a richer and more assertive China, better equipped with a modern military, at the center of the global stage. 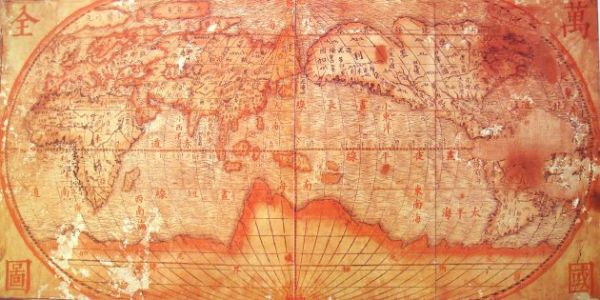 During the 19th Communist Party Congress in Beijing, much of the global attention was focused on changes to the political leadership; even after the event concluded, many observers expressed disappointment at the lack of transparency behind the personnel choices. However, it was that other important task of the party congress—setting the agenda for China for the next five years—that generated the most concrete outcomes of the gathering. This agenda-setting culminated in a vow by President Xi Jinping: China will be at the global “center stage” by the middle of this century.

From “Keep a Low Profile” to “Accomplish Something”

Since he came to power in 2012, Xi has repeatedly invoked the idea of “fenfa youwei” (roughly translated as “accomplish something”). In assessing this, it is important to recall that Deng Xiaoping’s “taoguang yanghui” (translated alternately as “keep a low profile” or “hide one’s capabilities; bide for time”), first uttered in the 1980s, became China’s strategic guideline for the next three decades. This slogan change is not just a matter of semantics; it reflects the way China and its leaders perceive themselves in their coming-of-age.

“Fenfa youwei,” in conjunction with Xi’s Belt and Road Initiative (BRI)—the plan, announced in September 2013 and now part of the party constitution, that seeks to connect Asia with Africa and Europe, shifting the tectonic plates of the global order—has changed China’s disposition.

At the Conference on Interaction and Confidence-Building Measures in Asia (CICA) in Shanghai in May 2014, Xi suggested that Asian countries need to look after their own security, implicitly expressing reservations about the presence of any “outside powers” in the region. Furthermore, at the 4th Foreign Affairs Work Conference in November 2014, Xi, in the presence of all Politburo Standing Committee members and the top diplomats of the country, commanded the foreign policy establishment to make every effort to protect China’s interests abroad. In a similar vein, the May 2015 white paper on Chinese military strategy ordered the armed forces to protect China’s interests in the “new domains” (cyber, space, and maritime).

Xi emphasized the “community of common destiny” project; first mentioned by Zheng Bijian, it has become something of a catchphrase in the upper echelons of the Communist Party in the past few years.

So China, it appears, has its sights set firmly on the world at large. At the 19th Party Congress, Xi emphasized the “community of common destiny” project; first mentioned by Zheng Bijian, it has become something of a catchphrase in the upper echelons of the Communist Party in the past few years. Through the project, China looks to group together a number of countries according to norms it has built up over the past decades, starting from the Beijing Consensus. Xi has also tasked the foreign policy establishment to “foster a new type of international relations”—a phrase he first articulated at the May 2017 BRI summit meeting in Beijing.

Although China’s moves outwards are significant, much of the weight of the 19th Party Congress lay in the outlining of the leadership’s attempt at domestic restructuring. Foremost is the new term “Xi Jinping Thought on Socialism with Chinese Characteristics for a New Era.” This seems to be a compromise between Deng Xiaoping’s initiatives in the 1980s and projected initiatives lasting until 2050.

At the 16th Party Congress in 2002, a “well-off society” strategy, to be realized by 2020, was proposed. This was reiterated in the next party congresses in 2007 and 2012. At this year’s party congress, Xi projected this further to the mid-21st century, outlining a two-stage road map to raise China’s profile both at the domestic and international levels. The first stage comprises the basic realization of “socialist modernization” by 2035 and the next, lasting until 2050, will complete China’s transformation into a fully developed, “great, modern socialist country.” Previous leaders like Zhao Ziyang discussed a “preliminary stage of socialism,” but Xi’s plan suggests a more concrete road map.

Three decades of furious reform have made China the manufacturing hub it is today, with such activity focused mainly in the coastal regions. For years, this contributed to double-digit growth rates, though the country is now entering into a “new normal” with a growth rate of about 6 percent per year. It has the largest foreign exchange reserves, and is well-entrenched in crucial trade value chains. The country’s per capita income has increased by leaps and bounds, bringing it ever closer to achieving its “well-off society” objective by 2020.

Changing the Nature of Economic Development

On the other hand, Xi is keenly aware of the challenges to the economy, which include the debt-to-GDP ratio, widening income inequality, non-performing loans, and more. Xi noted at the congress the “contradiction between unbalanced and inadequate development and the people’s ever-growing needs for a better life.” His views on contradictions remind one of Mao Zedong’s famous essay On Contradiction, officially published in the 1950s, and point to the substantial shift in the economic base of the country over the past five decades.

Xi noted at the congress the “contradiction between unbalanced and inadequate development and the people’s ever-growing needs for a better life.”

Most of the changes envisaged for 2050 are in the economic sphere. During the party congress, Xi referred to the qualitative changes in economic development in the last few years and the efforts made towards economic renewal: “comprehensively deepening reforms,” innovation, “supply side structural reform,” raising domestic consumption, rural “revitalization,” tipping the scale from the manufacturing sector to services, the “innovation-driven development strategy,” and the like.

Three decades of rapid development have given China the impressive economic and political clout it wields today, but they have also taken a heavy toll on its environment. At the Copenhagen, Durban, Lima, Doha, and Paris climate change conferences, China, along with other developing countries, took the lead in advocating green development. This was reiterated at the 19th Party Congress, with Xi also promising to “develop a nature reserves system composed mainly of national parks.”

Given the recent controversies surrounding sovereignty and territorial integrity issues related to the Senkaku islands, South China Sea islands disputes, and India-China border areas, the role of the armed forces has become all the more significant. At the congress, Xi provided a road map for the reorganization of the People’s Liberation Army (PLA) for joint operations abroad. He proposed the completion of the mechanization process by 2020, the modernization of IT applications by 2035, and the transformation of the PLA into a “world-class” military force by the mid-21st century.

He proposed the completion of the mechanization process by 2020, the modernization of IT applications by 2035, and the transformation of the PLA into a “world-class” military force by the mid-21st century.

Xi also declared “combat capability as the criterion” for the armed forces of the country. Since the Gulf War, successive Chinese leaders have focused on combat performance indicators, which marks a departure from Mao Zedong and Lin Biao’s emphasis on political work and ideology. This hints at an increase in deterrence capabilities in the coming years. To reduce friction between the armed forces and the civilian sector, Xi also proffered a “military-civilian integration strategy.”

The comments that received most applause at the congress were Xi’s references to the Taiwan issue. Much as the 2002 white paper on national defence, Xi stated, “We will never allow anyone, any organization or any political party, at any time or in any form, to separate any part of Chinese territory from China.” Of course, this is a complex issue involving, in addition to China, the United States (due to the Taiwan Relations Act of 1979), the Taiwanese themselves (a majority of whom are for the current status quo), and international commerce.

The 19th Party Congress will go down in history as the event that produced a clear road map for China until 2050. This road map involves not only domestic “rejuvenation,” but also positioning China at the “center stage” of the world—a resurrection of the Middle Kingdom.

Srikanth Kondapalli is a professor of Chinese studies and chairman of the Centre for East Asian Studies at Jawaharlal Nehru University. He has taught in Beijing, Taipei, Jinan, Kunming, and Changchun. He has published two books and edited four volumes on China.