AsiaGlobal Online (AGO) offers Asian perspectives on global issues through research-based content that is published weekly, and AsiaGlobal Voices, a curated feed of summaries of opinion articles, columns and editorials published in local languages in media from across the region. The journal’s network of contributors includes scholars, experts, policymakers and professionals from around the world, with a focus on those from Asian countries.

Run by the Asia Global Institute (AGI) at The University of Hong Kong, the AGO is an extension of the AGI’s mission to generate and disseminate innovative thinking and policy-relevant research on global issues, and to inform global policy and actions in helping to shape a prosperous and sustainable future for all. 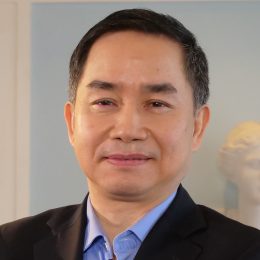 Professor Zhiwu Chen takes charge of the overall direction of AsiaGlobal Online, ensuring that the online journal fulfills its mission of informing global policy actions in contribution towards a prosperous and sustainable future for all.

Professor Chen is the director of the Asia Global Institute (AGI), the Victor and William Fung professor in economics at The University of Hong Kong (HKU), and a member of the HKU Council. Prior to joining HKU, he was a professor of finance for 18 years at Yale University (1999-2017), a special-term visiting professor at Peking University (2014-2017), associate professor at Ohio State University (1995-1999), and assistant professor at University of Wisconsin–Madison (1990-1995). His research and publications cover finance theory, sociology of finance, economic history, quantitative history, emerging markets, and China’s economy and capital markets. He has received many awards for his books in Chinese, Logic of Finance (2009) and Why Are the Chinese Industrious but Not Rich? (2008), and several research awards including the Graham and Dodd Award (2013), the Pacesetter Research Award (1999), the Merton Miller Prize (1994), and the Chicago Board Options Exchange Competitive Research Award (1994). He is currently working on a book manuscript, The Logic of Civilizations, which explores a number of human innovations, including mythology, magic and supernatural beliefs, technologies, social structures, cultural norms, religions, financial markets and the welfare state. 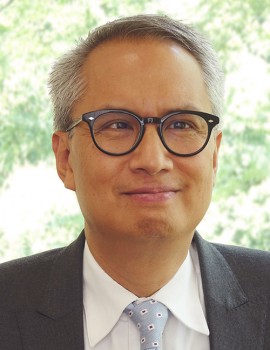 Alejandro T. Reyes manages Asia Global Online. He is also a visiting associate professor at Asia Global Institute. Prior to joining the institute, he was for two years senior policy adviser to the Assistant Deputy Minister for Asia Pacific and Convenor of the Asia Pacific Policy Hub at Global Affairs Canada, the Canadian foreign ministry. He had previously served in the department in 2002 as a senior policy adviser to the Canadian Foreign Minister. From 2007 to 2017, he was a visiting associate professor in the Department of Politics and Public Administration at the University of Hong Kong. A Hong Kong-based independent consultant from 2001 to 2017, he worked with several foundations and international organizations including the G20 Business Summit, the Clinton Global Initiative, the World Economic Forum and the U.S.-Asia Institute, as well as some corporate clients. He has edited or written several books including a short history of Manila in the closing days of the Japanese Occupation, an Asian investment guide, and a survey of the financial services sector in Asia. He began his professional career as a journalist with Asiaweek Magazine, part of Time Inc., where he worked from 1988 to 2001 in Hong Kong and Singapore. Born in the Philippines and a citizen of Canada, he was educated at Harvard University and the University of Oxford and in 2000 was awarded an honorary doctorate by Queens University in Charlotte, North Carolina. 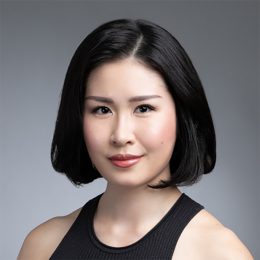 She is a writer, powerlifting enthusiast and advocate for intentional living. Her work has appeared on the print and digital platforms of various corporations, including the South China Morning Post, Swire Properties, Hang Lung Properties and Cathay Pacific.

Tsui is also a Master of Fine Arts graduate of the University of Hong Kong.