Can China Save Itself from Crony Capitalism?

Crony capitalism leads to a symbiotic relationship between wealth inequality and political power. The world can learn much from cases of crony capitalism and, in turn, take measures to stop it from developing. 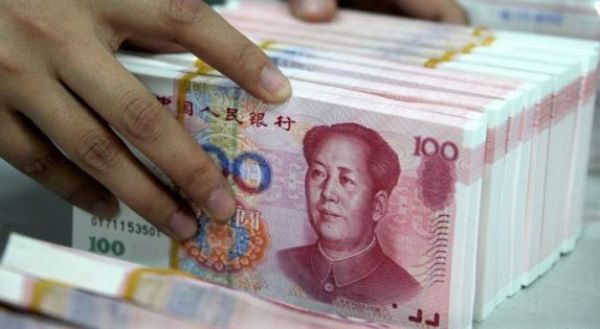 By any measure, China’s inequality in wealth and income has risen at an alarming pace, reaching new heights in recent years. A Peking University study conducted in 2017 found that the poorest 25% of households owned just 1% of the country’s aggregate wealth. This stood in stark contrast with the richest 1%, who owned a third.

According to official data, in 2016, China’s Gini coefficient for income inequality, referring to the difference in citizens’ flow of money received, was 0.47, compared with an OECD average of about 0.316 in 2014. Another, earlier study revealed that, due to rising property prices, China’s Gini coefficient for wealth inequality shot up from 0.538 to 0.739 between 2002 and 2010. On the Gini scale, 0 denotes a totally equal society, and 1 denotes a totally unequal one.

These data suggest that the level of wealth inequality in China has risen rapidly, and is now very high. To be sure, about two-thirds of household wealth in China is made up of real estate, with the remaining one-third in financial and business assets.

Manifestations of Cronyism in China

According to the Ministry of Finance, the value of equity in enterprises that the Chinese state owned or controlled in late 2017 was RMB 51.4 trillion (US$7.5 trillion). Taking into account the value of land and natural resources (all owned by the state), the Chinese government directly controls immense assets. The combination of enormous assets nominally owned by the state and the unchecked power of the political elite who have full say on state-owned assets is one of the most important institutional causes of corruption and corruption-driven wealth inequality.

Academic research on corruption in China, including my own, finds that the tunneling of state-owned assets by the elite, their family members, and cronies is the surest way to amass large fortunes fast. The secret lies in the way such assets are transacted between government agencies and well-connected private businessmen. When the state is the seller, assets such as land, mines, and stakes in state-owned enterprises are severely underpriced. But when the state is the buyer, the assets sold by private businessmen are ridiculously overpriced. These transactions enrich the ruling elite and their families.

The deleterious effect of cronyism goes beyond the looting of state assets. While such corruption allows related and connected individuals to acquire vast wealth illicitly, it also generates self-perpetuating dynamics because the circle of cronies is exclusive in nature and their mutual bonds are constantly reinforced through marriage, networking, and business dealings. Over time, cronyism begets more cronyism, and wealth inequality has its own vicious cycle.

Only one conclusion can be derived from the understanding of these dynamics: any effort to reduce wealth inequality must start in the political realm and target the root causes of corruption. One piece of conventional wisdom has it that a strong anti-corruption regime can solve the problem of wealth inequality. But an anti-corruption campaign and the enforcement of associated rules designed to promote transparency are not enough by themselves.

A Potential Solution Is in Sight, but out of Reach

In the Chinese case, the most urgent task is to protect state-owned assets from corruption-led looting. Reported cases show that experienced players have become quite adept at tailoring transactions to avoid outright discovery. Therefore, preventing the tunneling of public property remains a difficult task even if we assume, optimistically, that a top-down anti-corruption drive would deter such looting.

In the Chinese case, the most urgent task is to protect state-owned assets from corruption-led looting.

In the short term, China needs to make transactions involving state assets more transparent and available for scrutiny by the media and independent entities. Government officials and private businessmen are able to tunnel public property because these transactions are often shrouded in secrecy. A longer-term solution lies in the privatization of these assets through auctions conducted by third parties and, as much as politically feasible, with the participation of foreign buyers. The proceeds from such a privatization program should be directly distributed to all Chinese citizens in cash.

Unfortunately, these measures are unlikely to happen any time soon. The government sees state-owned enterprises as pillars of both the national economy and the rule of the Communist Party. Instead of moving toward privatization, the government has consistently protected these enterprises’ monopoly. At the same time, censorship of the media and the internet has tightened further. These developments will not help prevent the rise in inequality.

What the World Can Learn from the Chinese Case

The Chinese experience has three useful takeaways for other countries.

Unless more institutional reforms are implemented to make corruption harder in China, power-driven wealth inequality will continue to rise.

Second, wealth inequality and political power are closely connected. In a crony-capitalist system, economic inequality is exacerbated as the elite have the ability to tunnel state assets.

Third, the nature of a country’s political system is key for determining the extent to which state-owned assets can be tunneled by private businessmen. In a democracy, opposition parties and a relatively free press typically make illicit transactions more difficult and risky. Consequently, overnight wealth accumulation through corrupt means is less prevalent in such societies.

Unless more institutional reforms are implemented to make corruption harder in China, power-driven wealth inequality will continue to rise, with economic growth benefiting an increasingly smaller circle of individuals.

Minxin Pei is the Tom and Margot Pritzker ‘72 Professor of Government at Claremont McKenna College in Claremont, California, and the author of "China’s Crony Capitalism" (Harvard UP, 2016).