Tackling development challenges such as climate change and ageing demographics requires an understanding of the many different factors contributing to the problem. Global solutions are not always the answer – local approaches combined with systems thinking can prove more effective, writes veteran management consultant Arun Maira, Chairman of HelpAge International, a global NGO aimed at helping the elderly lead dignified lives.

With economic growth, increasing incomes, better sanitation and improvements in healthcare, people are living longer. Lengthening life expectancy is proof of the success of economic development but the growing numbers of older people also strain welfare and other social services. Non-government organizations (NGOs) can alleviate some of the stress by empowering older communities to be self-reliant.

About 12 percent of the Asia-Pacific population was aged 60 or above in 2016, and this proportion is expected to double to 25 percent, or 1.3 billion people, by 2050, according to United Nations data. This is part of a global trend. In 1950, there were 868 million children below the age of 14 in the world – 34.3 percent of the world’s population. Their numbers increased to almost 2 billion by 2017. These children need education, nutrition and healthcare, and must be prepared to support themselves. In 1950, there were 216 million persons older than 60. By 2017, their numbers had swelled to 962 million.

Who will be there to care for the young as they are educated and for the elderly as they age? Connections between generations within families are becoming weaker with children moving away for work to support themselves and their children. Government budgets in developing countries are squeezed to provide enough even for children. And, in more economically developed countries, with pressures on governments to balance their budgets, resources to maintain social security and pensions are constrained.

It is not the overall size of populations that is causing stress for older people; it is the shape of the population. When the proportion of older persons increases within a population, no matter what its size, inter-generational dynamics change, resulting in the problems with which we are grappling. Singapore, with a population of only 5.9 million, is experiencing the stress of having many older persons, with too few younger people to support them. With a population of more than 1.3 billion, China has begun to face the same demographic challenge. The changing shapes of populations such as these is an example of cause and effect separated by a long time. Control of the growth of their populations, which China and Singapore did very well decades ago, led eventually to economic and social problems for which they must now find solutions.

Like human bodies and economies, the size of a population is no arbiter of its health. One must look inside the system, to the relationships among its parts, to know whether it is healthy. The reason we cannot easily understand the forces within complex systems is that causes and effects may be separated widely by both time and space.

Demographic scientists study the quantifiable growth, density and changing shapes of populations. Surely, they would have projected how the distributions would change. They may not have foreseen, however, the impact that the shifts would have on economic and social conditions, the study of which would naturally fall to other disciplines.

Having fewer children and controlling the population benefitted the economies of certain countries. Per capita incomes were higher with fewer people, and there were less people for whom public services needed to be provided. What governments could not have discerned so easily were the second-order effects on their societies of economic growth and fewer children. Family patterns changed. Women went to work and married later. They did not desire babies as much as their mothers and grandmothers.

Now, some societies want women to produce more babies. Governments in South Korea, China and Japan encourage women to have babies through cash payments and other policies. Singapore has increased the age limit for women undergoing in-vitro fertilization treatments as part of a range of measures it announced in August to encourage parenthood. But meanwhile, the shape of the complex socio-economic system has changed too much. It is difficult to understand how they can change the shape of the population now to restore the balance between young and old.

With systemic global challenges such as alleviating the burden of growing old, what is needed is the breaking down of silos to allow collaboration across disciplines

The effect of controlling population on social norms is an example of causes and effects that fall under the purview of many different disciplines. Specialists in demographics and other social studies operate largely within their own silos. They are mentally separated from each other. Another example of causes and effects lying in different domains is the inter-connection between economic growth and environmental degradation. Economists wishing to increase GDP and economic growth have been ignoring the impacts of economic growth on the environment. Now, they are becoming concerned that the deterioration of the environment and climate change will have negative effects on economic growth.

When causes and effects lie in different scientific silos, solutions by experts to problems in one part of the system can have unintended consequences, creating problems for other parts of the system. The consequences of increasing proportions of elderly persons in developing Asian countries (and elsewhere too) arise from systemic problems. They require systemic solutions. Indeed, all the challenges posed by the Sustainable Development Goals (SDGs) are systemic and inter-linked.

Confronted by difficult systemic problems, the typical manager’s instinct would be to find standard solutions to large-scale problems and then scale up the response. An activist NGO would usually be inclined to make representations to national governments and even to regional organizations or the United Nations, asking them to tackle the challenges.

An obsession with scale can produce negative effects in organizations. Some large international NGOs have had to review their governance because they sustained significant damage to their reputations. NGOs are often tempted to “scale up” to increase the scale of outcomes. The scale of the organization may itself become the main measure of success. An organization might boast of its scale – the size of its budget and staff, how much these are increasing every year, and the visibility of their brands. Countries are ranked by the sizes of their GDPs, while organizations are listed by the size of their revenue. If revenue is not growing fast enough, the CEO – even of an NGO – may come under pressure from their board to expand even more.

HelpAge International is a global network of affiliates and partners in over 70 countries devoted to increasing respect for and the care of the elderly. What we have learned is that large scale problems are best solved locally. In our work around the world, we have seen remarkable examples of elderly persons working together to take charge of their own care.

In Vietnam, elderly persons in villages formed Older Persons’ Associations (OPAs). HelpAge designed their meetings and coached them in how to conduct them so that they could efficiently discuss their own concerns and plan actions to address them. They take on responsibilities for each other’s care. Local government officers are invited to explain healthcare issues.

After the pilot was launched in one province, OPAs have spread across the country, supported by the Vietnam government. Some OPAs have now expanded to become Inter-Generational Self-Help Groups (IGSHGs), with young people from the villages who want to do community service invited to join. The elderly people who organize these groups are not supplicants seeking assistance from others. Instead, they have become important drivers for improving their communities as a whole, demonstrating care for the environment and a desire to strengthen social harmony. 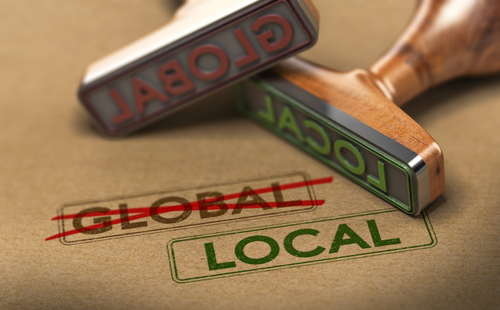 Take another example: the nomadic cattle-herders of the Banni district of Gujarat, in western India. They have lived and moved around in harmony with nature’s cycles for generations. With the advance of the desert on their lands, the state government planted a variety of hardy Mexican tree some years ago. But in years with less rainfall and sparse grass, people cut the trees to make and sell charcoal and supplement their incomes. The burning of more charcoal added carbon to the air and increased the pressure on the government to plant more trees everywhere.

Meanwhile, the charcoal economy brought in more investment and income to the people in Banni. The reduced availability of grass for roaming cattle pushed herders to buy fodder. Thus, a fodder supply loop with its own vested interests was added to the economy. Within a couple of generations, a simple system of cattle, their herders, grass and rain became more complex with more features on the landscape and more socio-economic forces within it. And there were pressures too from outside such as national goals to limit climate change.

The natural inclination of the inhabitants of Banni to cooperate in the management of their commons was overwhelmed by these new features. Governance of their system was breaking down. An NGO stepped in to provide the people, many illiterate, with simple tools of systems thinking to map the forces having an impact on their society. With these systems maps, collectively produced, they were able to connect the dots and understand enough to recover harmony in the more complex ecological and economic system in which they now live.

The system maps have been incorporated into an application that villagers can run on their smart phones and, with this app, they can make projections about the effects of climate change and declining rainfall on their ecosystem, as well as the consequences of individual actions on the commons. Systems thinking is empowering them to imagine local solutions that would benefit them and that also contribute to addressing the global problems of environment degradation and persistent poverty.

To achieve the SDGs, the skills of understanding change and how to deal with it need to be recast. With systemic global challenges such as alleviating the burden of growing old, what is needed is the breaking down of silos to allow stakeholder collaboration across disciplines. Systems thinking should then be applied to shaping local solutions that work because they take into account the interplay of all relevant socio-economic factors and are not designed simply to fight scale with scale.

Arun Maira is chairman of HelpAge International, an NGO that aims to protect the rights of older people and help them overcome discrimination and poverty to lead dignified, secure, active and healthy lives. Maira held leadership positions with the Tata Group in India and Arthur D Little in the US, before returning to his country to become chairman of the Boston Consulting Group (BCG) India. In 2009, he was appointed by the prime minister of India to the government's Planning Commission. He has been chairman of the Axis Bank Foundation and Save the Children India, and has written several books on leadership, capitalism, democracy and Indian affairs. This article is based on the author’s book, Transforming Systems: Why the World needs a New Ethical Toolkit, published this year by Rupa Publications India Pvt. Ltd. @ArunMaira

Thursday, July 30, 2020
China’s model of governance is both powered and restricted by its apparent immunity to the attractions of democracy, and is a source of anxiety to friend and foe alike.

A Risk-Based Approach to Coronavirus and Crisis Planning

Thursday, July 30, 2020
Health authorities must adopt a targeted approach so that different populations or population segments are treated differently based on their relative risk assessment.

Vulnerability and Resilience: Technology and Covid-19 Should Initiate Reskilling

Thursday, July 16, 2020
Vietnam will have to improve in a number of areas – including sustainability and infrastructure – to maintain any kind of post-pandemic economic momentum.

The Interplay between Corruption and Development: Bangladesh’s LDC Graduation

Thursday, July 16, 2020
The country’s deeply rooted corruption and fragile political institutions should be a source of continuing concern to the international community.

How the Coronavirus is Pushing Higher Education Online

Wednesday, July 8, 2020
Countries around the word must rethink the online learning model, argues Shai Reshef, Founder and President of University of the People.